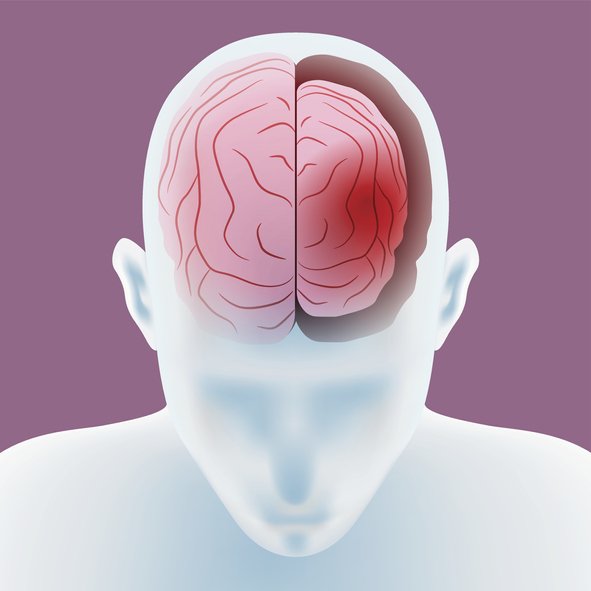 The genetic mutation was identified in 1993 as an expanded CAG repeat in the huntingtin (HTT) gene on the short arm of chromosome 4 that codes for an abnormally high number of glutamines in the translated huntingtin protein. This debilitating neurodegenerative disorder affects approximately 700 Irish people. At present there is no known cure or disease-modifying therapy for the disorder, but gene therapies, including antisense oligonucleotide (ASO), are the best hope for arresting the neurodegenerative process.

In 1872, at the age of 20, George Huntington presented his seminal description of the clinical characteristics and course of HD. While others had identified and described this movement disorder prior to Huntington, his detailed and accurate description of the clinical symptoms of chorea, psychiatric manifestations, progressive dementia and stigma remain relevant today.

HD is a progressive, inherited, neurodegenerative disease. It is a rare disease with a current prevalence of 10-to12/100,000, although there has been no epidemiological study of HD in Ireland. The disease has a severe impact on family life, work, and education. Suicide rates are significantly higher than the national average and patients ultimately require long-term care. The life expectancy is approximately 20 years with the last five-to-10 years being in a state of severe disability.

HD typically develops in patients between ages 40-to-50 years, although the variance of age differs greatly, ranging from two years-to-mid-80s. It has been estimated that over 25 per cent of cases begin after the age of 50 years whereas 7 per cent begin before 20 years of age.

HD is caused by a polyglutamine (CAG) repeat expansions on chromosome 4 coding for the protein huntingtin (Htt). Htt is ubiquitously expressed and is implicated in many different cellular mechanisms, although it is pathological in HD due to misfolding and selective aggregation and accumulation in the striatum. The causative HTT gene is dominantly inherited, affording a 50 per cent chance of transmission and manifestation of the disorder to the children of an affected person.

The normal HTT gene has 35 CAG repeats or less, whereas the disease-causing gene-variant has 36 or more repeats. Individuals with 36-39 polyglutamine repeats show incomplete penetrance, though clinical manifestation is certain (if the individual lives long enough) with 40 or more repeats.

The length of the repeat expansion correlates strongly with age at onset and clinical severity. Polyglutamine repeat expansions are prone to the phenomenon of anticipation, meaning they often get longer as they are passed from generation to generation, increasing disease severity and reducing the age of onset in future generations.

Early cognitive changes in premanifest HD patients have been observed up to 15 years prior to estimated diagnosis, though not as far as 23.6 years from diagnosis. These deficits correlate with proximity to diagnosis, suggesting a gradual decline in function over time. This regional atrophy is responsible for the motor, cognitive, and psychiatric symptoms of HD and is correlated with CAG repeat length, age of onset, and disease severity throughout the disease course.

Once diagnosis has been made, the patient’s prognosis is one of progressive functional and motor decline over 15-to-20 years culminating in paralysis, profound psychiatric disturbance, dementia and the system-wide impairments that ultimately lead to death.

As striatal degeneration progresses, it also leads to a breakdown in the fronto-striatal networks responsible for many higher order cognitive processes and behaviours. This precipitates insidious cognitive and behavioural decline, which are precursors to the dementia seen in the later stages of HD. These symptoms develop in parallel, although can often precede, motor symptom manifestation.

This extramotor symptomology alone can have a significant impact on relationships, occupational competence, and quality-of-life in the prodromal phase of the disorder. Fronto-basal ganglia-associated cognitive and behaviour change have been well characterised in HD with executive, memory and social cognitive deficits evident early in the disease process.

The earliest behavioural changes in HD can be seen as irritability, with a low tolerance of frustration. These features gradually deteriorate and agitation or aggression can often occur in the latter stages of the disease along with more profound psychiatric disturbances.

This symptomatology can make caring for patients with HD especially challenging, given that in many cases, caregivers can be simultaneously caring for multiple family members due to the heritability and penetrance of the disease. This can increase caregiver burden and substantially reduce carer quality-of-life.

HD is an incredibly challenging illness for patients, carers, and healthcare professionals. Effective management requires appreciation of its many clinical manifestations. While HD is most recognisable by its movement disorder, the non-motor features are most challenging for patients and carers, especially early in the disease course.

Predictive testing should only be performed in specialised genetics clinics where there is access to expert counselling. Taking all of this into consideration, HD patients and their families are clearly best served by a multidisciplinary team (MDT) model of care.

The Huntington’s Disease Association of Ireland (HDAI)* is an excellent organisation that provides access to an assistance fund, counselling, a national helpline, equipment loans, carer supports, respite, and more. Bloomfield Mental Health Services also provide specialised support and a new MDT clinic is under development in Beaumont Hospital, Dublin. Since the discovery of the HTT gene there has been hope for a disease-modifying therapy for HD.

Years of frustratingly unsuccessful clinical trials have followed and treatment options remain supportive. However, in the age of gene-based therapeutics, there have been welcome advances in the search for an effective treatment. HD-affected brains have higher levels of reactive microglia, immune activation, and chronic inflammation – prompting trials of immunotherapy.

Laquinimod reduces caudate atrophy but has no effect on clinical outcomes [NCT02215616]. Anti-SEMA4D, a monoclonal antibody, is in a phase 2 clinical trial [NCT02481674].

While an immune-based approach has potential, the most convincing progress has been with genebased therapies that seek to reduce levels of mHtt. They can be classified into three categories – RNA interference (RNAi), ASOs, and direct DNA targeting. RNAi is achieved with micro RNAs (miRNAs) and small interfering RNAs (siRNAs) – non-coding RNAs that cause mRNA cleavage and translational repression. Delivery is via non-replicating, non-pathogenic recombinant adeno-associated viral (AAV) vectors. Patisiran is an example of effective RNAi therapy used in transthyretin amyloidosis.

The first clinical trial of an RNAi therapy (AMT-130) in HD is currently underway, following promising results in mouse models [NCT04120493]. ASOs are intrathecally delivered single-stranded synthetic DNA molecules that bind mRNA and promote its degradation. An anti-HTT ASO (tominersen) that reduces CSF mHtt concentrations is in a phase 3 trial at present [NCT03761849].

Direct DNA targeting is presently confined to in vitro and mouse model experiments. It can theoretically arrest mHtt production furthest upstream, but challenges include delivery to tissues, mutagenesis, immunogenicity, irreversibility and off-target effects. Nevertheless, it is an exciting time for those working with HD.

The Academic Unit of Neurology, Trinity College Dublin in collaboration with colleagues in psychology and neurology in Beaumont Hospital have developed a number of international projects to progress HD research in Ireland. The ENROLL-HD (www.enroll-hd.org/) study is a global, multi-site prospective observational study, examining the neurological, behavioural and cognitive profiles of HD patients and their families.

There are over 20,000 participants, in over 180 clinical sites in 20 participating countries. The project’s three aims globally are to 1) understand HD, as it happens, to give insight for drug development; 2) to improve the design of these clinical trials; and 3) to identify and improve the best clinical practices for HD patients.

The Covid-19 pandemic has delayed data collection in Ireland, although this is resuming imminently. Beaumont Hospital is the only ENROLL-HD site in Ireland. Our other studies such as HD-Cog. and neurophysiological studies are being undertaken in parallel to ENROLL-HD and will help identify specific network dysfunction in fronto-striatal systems with the eventual aim of improving biomarkers for clinical trials.

HD is a progressive neurodegenerative disease for which there is currently no cure. Patients present with a complex triad of neurological, psychiatric and cognitive difficulties, which have an enormous impact on their functional ability, family relationships and subsequent quality-of-life.

In Ireland we are currently striving to improve the care of HD patients and their families by developing MDT clinics and international research collaborations. We would like to acknowledge the support and assistance of the HDAI and the Monkstown Hospital Foundation without whom our research would not be possible.