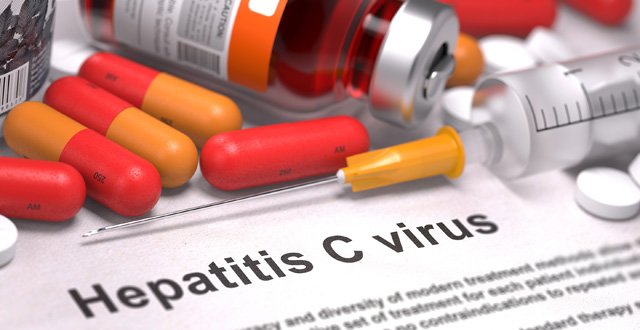 Tommy is a 39-year-old drug user from Dublin. He first injected heroin 20 years ago and has suffered from schizophrenia since his late teens. He first sought treatment for his drug use 15 years ago and has been maintained on a methadone programme at the National Drug Treatment Centre since 2005. Over the past 15 years he has had occasional relapses into active illicit drug and alcohol use.

When he first entered treatment, he was screened for blood-borne viruses, which is the standard of care in the addiction services. He tested positive for hepatitis C but was HIV, hepatitis A and B negative and was vaccinated against hepatitis A and B, as per standard vaccination guidelines.

Tommy agreed to be treated for hepatitis C onsite at the National Drug Treatment Centre. His treatment was short-duration, pangenotypic and cognisant of his antipsychotic medication. He was closely monitored by the medical and psychiatric staff of the clinic for the duration of the treatment. He has now cleared his hepatitis C. Tommy has been drug- and alcohol-stable for the past 14 months.

Who would have believed as we ushered in 2020 a few months ago that we would be now living the nightmare that is Covid-19? As we are all too well aware, this is a major public health crisis globally. It has changed the lives of everyone living in Ireland and few have not been impacted by the virus. At the time I write this article, in excess of 11,500 people in Ireland have been diagnosed with Covid-19 and sadly, over 400 have died as a consequence of this infection. My sympathies are with those who have lost family and friends. Many are also suffering from the social impact of Covid-19, with many losing their jobs and facing financial uncertainty. So too are many suffering the psychological consequences of Covid-19, suffering the loneliness and isolation that social distancing and cocooning can bring.

In another ’pre-Covid-19’ incarnation, I was charged with the care of those infected with another virus, hepatitis C, at the National Drug Treatment Centre and hopefully will be so charged soon again.

The National Drug Treatment Centre, as with the other addiction services in the HSE and the prison services, has a long history of attention to blood-borne viral infections. This has always included testing for HIV, hepatitis A and B and latterly hepatitis C and vaccination against hepatitis A and B, where indicated and appropriate.

When hepatitis C was identified as the first ‘non-A, non-B’ hepatitis in 1989, antibody testing became available in 1992 and the first community hepatitis C clinic was established at the National Drug Treatment Centre, in association with the hepatology services at Beaumont Hospital, Dublin. It soon became apparent that on average, at any given time, 70 per cent of the clients attending the Centre had been infected with hepatitis C. Back then, the clients did not understand the importance of hepatitis C and once they did not have ‘the virus’ HIV, they believed that they were ‘okay’.

Ironically, in 2020 ‘the virus’ is now Covid-19. It has been a long road to convince the clients attending the Centre that hepatitis C is a serious infection. This has been greatly facilitated by the work of so many of our non-clinical colleagues working with drug users in the community.

Referral pathways to specialist services for hepatitis C care were established. Over the next decade, many referral letters were written and many appointments were given. Unfortunately, many appointments were missed, which greatly disappointed the addiction services and the hepatitis C specialist care providers. For the many trapped in the ongoing cycle of addiction, hepatitis C care was rarely seen as a priority in a chaotic drug-seeking lifestyle. Poverty, homelessness, pregnancy and childcare can seem much more important and relevant to the activities of daily living than attending for treatment for an infection that might take years to show symptoms, if ever. On average, 30 per cent of our clients cleared hepatitis C spontaneously, without medical intervention.

Directly-observed therapy, in relation to addiction, refers to the delivery of medical care in the same location that opiate substitution therapy or other addiction therapy is delivered. In the past, this had been shown to be effective in facilitating adherence to anti-tuberculosis therapy and latterly, antiviral therapy for HIV. In 2003 at the National Drug Treatment Centre, we established an ‘onsite’ hepatitis C treatment programme pilot study in collaboration with the infectious diseases service at St James’s Hospital in Dublin. We were not trying to show that hepatitis C treatment worked; we knew it would. Instead, we were piloting a ‘proof of concept’, that delivering hepatitis C treatment onsite at the Centre would facilitate treatment adherence. We also wanted to see if such delivery would support ongoing drug stability and psychological wellbeing.

As of 2020, eight genotypes of hepatitis C have been identified, most of which are further subdivided. In Ireland, in the addiction services we have shown that genotype 1a is the predominant genotype seen, while genotype 3 is almost as frequent. This up to recently has been an important determinant of treatment success or failure of the different therapeutic regimens which have become available. In 2003, the only regimen available for hepatitis C treatment was pegylated interferon and ribavirin. With genotype 1, there was a 50 per cent chance of viral clearance following a 48-week course. The rate of clearance with genotype 3 approached 80 per cent on 24 weeks’ treatment.

Treatment with pegylated interferon and ribavirin was not without its difficulties for this patient cohort. With pegylated interferon, one of the main side-effects was ‘flu-like’ symptoms. This was particularly problematic when treating drug users, many of whom equated these symptoms to drug withdrawal. The relapse into active addiction was a real risk, as death from overdose outweighed the risk of death from hepatitis C infection at that time. Many of the clients attending the National Drug Treatment Centre had been infected in the previous 10 years at the start of their intravenous drug-use. Having addiction and psychological support for the clients on treatment was essential. Pegylated interferon was also associated with a real risk of depression and suicide and in this cohort with a substantial psychiatric comorbidity, so psychological and psychiatric support was essential. At the Centre we believed that we were well equipped to provide such support. Pegylated interferon was also associated with anaemia, neutropaenia and thrombocytopaenia. Altered thyroid function was also a risk.

Ribavirin was equally toxic. The commonest side-effects of its use were haemolytic anaemia and teratogenicity. For those on treatment, contraception had to be guaranteed for the duration of treatment and for seven months thereafter. At the National Drug Treatment Centre, we insisted on our clients using two forms of contraception and offered implantable contraception to all our female clients on treatment and to the female partners of all males. It is very important to note that drug and alcohol addiction is a relapsing and remitting illness and at the Centre, we never believed that alcohol and drug stability should be prerequisites for hepatitis C treatment. There was little evidence that re-infection with hepatitis C post-effective treatment was common.

In 2003, the guidelines for hepatitis C treatment suggested that because of the less-than-ideal outcome with pegylated interferon and ribavirin, those with genotype 1 should have a liver biopsy to identify those most in need of treatment. As treatment response for genotype 3 was 80 per cent, biopsy was not indicated. For this reason, we elected to treat genotype 3 only in our pilot study. Nine clients were offered standard treatment for hepatitis C. Eight successfully completed treatment. A sustained viral clearance evidenced this. One client dropped out of treatment at week four. He developed a dramatic drop in haemoglobin, was symptomatic with chest pain, transfused and declined further hepatitis C treatment. In no case did psychiatric morbidity or drug relapse hinder clinical outcome.

Following the success of our pilot study, we elected to treat all suitable candidates, irrespective of genotype. Once again in association with our infectious diseases colleagues at St James’s Hospital, we established a pathway for liver biopsy so that we could treat genotype 1 as well as 3. We only treated clients who were clinically well and non-cirrhotic. In such cases, we always referred to our colleagues in infectious diseases or hepatology. We continued to use pegylated interferon and ribavirin with continued adherence and clinical outcomes comparable to hospital settings.

By 2011, the landscape of hepatitis C treatment began to change hugely with the introduction of direct-acting antivirals (DAAs). These drugs targeted specific enzymes in the hepatitis C life cycle. The ultimate goal in hepatitis C therapeutics was to have an ‘interferon-free’ regimen, well tolerated with minimal side-effects and drug interactions. The first generation DAAs were boceprevir and telaprevir. Unfortunately, these drugs were still only used in combination with a pegylated interferon/ribavirin backbone and were genotype-dependent. They greatly improved the chance of viral clearance but were not free of side-effects.  Boceprevir was associated with anaemia and neutropaenia and gastrointestinal symptoms. Telaprevir caused a rash, anaemia and anorectal discomfort including severe pruritis. Drug interactions also proved difficult at the National Drug Treatment Centre, where polypharmacy, either prescribed or illicit, is the norm. Disappointingly for us at the Centre, the DAAs were only reimbursed through a hospital pharmacy budget and our community-based hepatitis C clinic seemed doomed. Thankfully, again in association with colleagues at St James’s Hospital, we set up a dedicated clinic for the clients of the National Drug Treatment Centre, running alongside the STI clinic on a Friday morning. Once again, we managed to achieve excellent adherence rates and our clinical outcomes were comparable to hospital-delivered hepatitis C care.

In 2014, the FDA in the US approved the first all-oral, interferon-free, dual-drug regimen for the treatment of hepatitis C. This regimen was a combination of two DAAs, simeprevir and sofosbuvir, and was, once again, genotypic-specific, targeting genotypes 1 and 4. Further DAA combinations followed and our clients at the Centre received optimal pharmacological care but importantly, this care was delivered onsite. Soon, the ideal combinations were licensed, pangenotypic (treating all genotypes), short duration, eight or 12 weeks, and had good side-effect and drug interaction profiles.

The hepatitis C treatment story is a major success story. Hepatitis C is now considered a curable infection, something that was inconceivable less than a decade ago. The almost 30 years of hepatitis C care at the National Drug Treatment Centre, I believe, mirrors this success. To date, our treatment adherence rate is 97 per cent. Anecdotally, linking in with the hepatitis C treatment programme has had a hugely positive impact on our clients’ psychological wellbeing. For many who have successfully completed hepatitis C treatment, this is the only time in their lives where they have experienced real success and control. We and our colleagues in the addiction services will continue to treat hepatitis C in our client cohort and hopefully eradicate this infection in our client group.

In these times of great hardship and uncertainty in a world gripped by the Covid-19 pandemic, the ‘new virus’, I believe we should look to the success stories, the treatment of ‘old viruses’ such as the hepatitis C programme at the National Drug Treatment Centre and know that we will overcome this pandemic.