GORD in infants and children 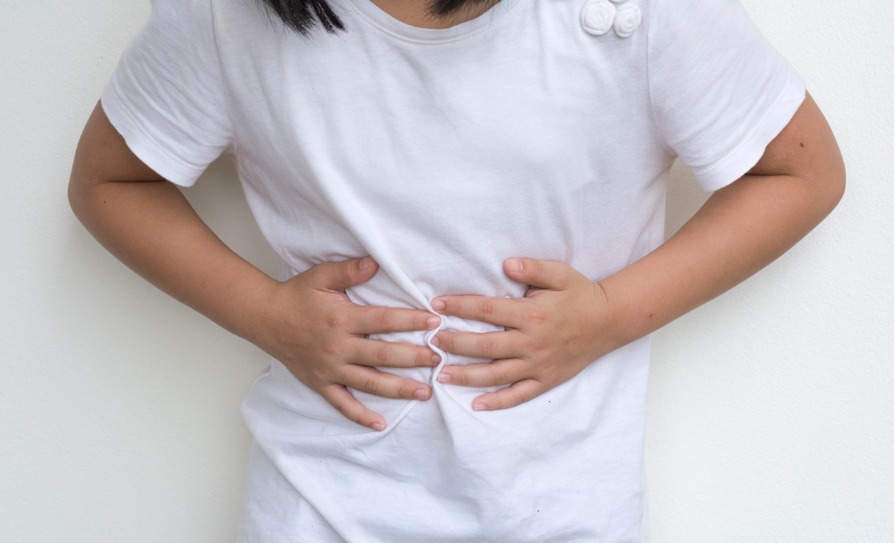 Gastro-oesophageal reflux disease (GORD) is also called ‘gastric reflux disease’ or ‘acid reflux’. It is a condition which develops when the reflux of stomach contents causes troublesome symptoms such as heartburn, or complications such as oesophageal ulcers.

How common is GORD in the general population?

The most common cause of indigestion in Ireland, GORD affects up to one-in-four people. Some 10-to-20 per cent of people in the Western world have at least one bout of GORD per week. This figure is only about 5 per cent in Asia, which gives an indication that our Western diet, which tends to have a higher fat content, is a factor in GORD.

GORD can affect people at any age, including infants and young children. A typical sufferer is twice as likely to be male as female. It is also a common problem for babies and infants, leading to difficulty feeding in more severe cases. It can be controlled by food thickeners, alginates and removing cow’s milk from the infant’s diet if caused by lactose intolerance.

How common is GORD in infants?

The most obvious symptoms of reflux in infants is vomiting or regurgitation. All healthy infants have a tendency for GORD and it is natural for an infant to have a certain amount of regurgitation after feeding. The issue is whether GORD is causing a problem in an infant, rather than whether GORD is occurring at all. Reflux is most common between one-to-four months and approximately 67 per cent of infants have more than one daily episode of regurgitation at four months. Between the ages of six-to-seven months, symptoms of reflux decrease from 61 per cent down to 21 per cent. At 12 months of age, only 5 per cent have symptoms. By 12-to-18 months, most cases of GORD will resolve as the sphincter (valve between oesophagus and stomach) matures, the infant adopts an upright posture and begins having a more solid diet.

Symptoms of reflux in infants

Reflux causes frequent or recurring vomiting. This is not the small mouthfuls of vomit seen in all infants, but the vomiting of large amounts. This can happen straight after a feed, or right up until the next feed. When the infant’s oesophagus becomes sore from exposure to the regurgitated acid (the equivalent of heartburn), this leads to irritability, pain, and poor feeding. If GORD is severe, the infant may have difficulty gaining weight.

Other common symptoms of reflux include:

It is very rare for reflux to lead to serious complications. But some infants do have problems and the parent should see a GP if the infant vomits severely or has any of the following symptoms:

GORD tends to be worse when lying flat and therefore a gentle raise of the head of an infant’s cot can be useful, so that the infant’s head is higher than the rest of their body while they sleep. This can be done by putting a pillow or folded blanket under the mattress to create a gentle up-slope. Never attempt to let the infant sleep directly on a pillow, which could be dangerous.

Products to add to an infant’s food

By thickening their food, an infant is less likely to bring it back up. There are products to thicken an infant’s
milk, for example, Instant Carobel. There are also ready-thickened milk substitute formulas for babies who are bottle fed.

If breastfeeding and the infant is having problems with bringing up food, Gaviscon Infant sachets may be used.

Infants are less likely to bring up food if they have sodium alginate (Gaviscon Infant) mixed with their feed or dissolved in water after their meal. Sodium alginate works in three ways: It thickens the milk, making it easier for the infant to cope with; coats the oesophagus all the way down to the stomach; and in the stomach, it forms a raft over the stomach contents, helping to stop the contents of the stomach from escaping back up the oesophagus. Dosage depends on the weight of the infant. Gaviscon Infant sachet(s) can be mixed with cool boiled water, milk feed or expressed breast milk. Gaviscon Infant sachet(s) should not be administered more than six times in 24 hours.

Gaviscon Infant should not be given to premature infants, young children who are ill with a high temperature, diarrhoea, vomiting, or if already using a
food thickener.

Anti-reflux medicines reduce the severity of the reflux by improving the downward movement (ie, motility) of the oesophagus and stomach. They may also reduce acidity so that the reflux is less damaging to the oesophageal lining. They are generally only used if other treatment options like thickeners do not work.

Domperidone helps tighten the valve (the sphincter) at the end of the oesophagus where it joins the stomach. This will help stop food from flowing back into the oesophagus. It comes in liquid or rectal (suppository) form for infants and children, but is only available with a prescription. Directions: By mouth – over one month and body weight up to 35kg, 250-500mcg/kg three-to-four times a day; body weight 35kg and over, 10-20mg three-to-four times daily, max 80mg daily. By rectum – body weight over 15kg, one 30mg Motilium suppository twice a day, body weight over 35kg, 60mg twice-daily. Some young children taking domperidone may get mild diarrhoea.

H2 blockers reduce the amount of acid in the stomach. Ranitidine, a type of H2 antagonist, was often used for GORD in infants until it was recalled in 2019.

Omeprazole liquid (available as an unlicensed medication in Ireland) and Losec MUPS (omeprazole) are the most used proton pump inhibitors (PPIs) for children. Losec MUPS can be dissolved in water, which is convenient for children’s dosage. A PPI reduces the acidity of the stomach’s contents and is more potent than H2 antagonists. The dose for infants and young children is based on body weight and the doctor will decide the correct dose. Directions: Newborn infant under four weeks, 700mcg/kg once-daily, increased if necessary after seven-to-14 days to 1.4mg/kg once-daily. Child one month to two years, 700mcg/kg once-daily, increased if necessary to 3mg/kg, max 20mg once-daily.

Dosage range for omeprazole by weight:

Surgery is required in a minority of infants with severe GORD who do not respond to treatment; surgery is not always successful. Sometimes medication needs to be continued after surgery.

Disclaimer: Brands mentioned in this article are meant as examples only and not meant as preference to other brands.