Down syndrome and inflammatory arthritis 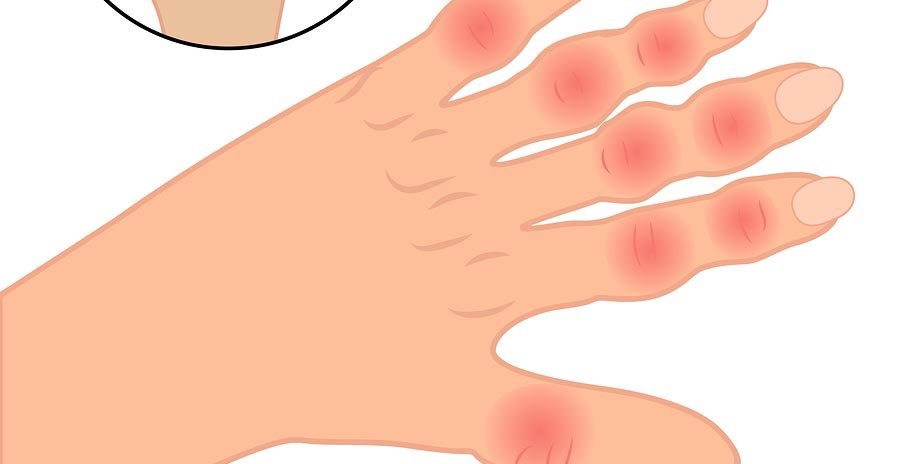 There are distinct immune cell responses in children with Down syndrome and inflammatory arthritis, which are associated with an aggressive erosive disease

Down syndrome (DS) is a common chromosomal disorder characterised by the presence of a full or part of a third copy of chromosome 21. A variety of medical conditions are associated with DS, including autoimmune disorders such as diabetes mellitus, coeliac disease and thyroid dysfunction. However, there is also a significant increased risk of developing inflammatory arthritis (IA), a chronic autoimmune disease characterised by synovial inflammation and degradation of articular cartilage and bone, ultimately leading to irreversible joint damage and  disability. Indeed, to date IA has been largely under-reported in this vulnerable group, with the largest case series for reference a retrospective chart review of nine children with Trisomy-21 (T-21) and arthritis. Early diagnosis and treatment of IA in children is critical for long-term joint health and normal growth. However, the diagnosis of IA in children with DS (termed ‘Down syndrome-associated arthritis’ or ‘DA’) is extremely challenging. As a result, it is rarely recognised at onset and is frequently  under-diagnosed.

This led the Paediatric Rheumatology Group, under Dr Orla Killeen/Dr Charlene Foley (Clinical Rheumatologist, National Children’s Hospital Crumlin (NCHC)), to carry out the first observational study nationwide to examine IA in children with DS. The group demonstrated that the prevalence of children with DA in Ireland was significantly higher than previously thought, with a prevalence of one-in-50 observed. This is 20 times higher than the prevalence of arthritis in children without DS, known as juvenile idiopathic arthritis (JIA). Furthermore, they found that the diagnosis of IA in children with DS was significantly delayed compared to that of  JIA, which was associated with increased evidence of joint erosion and damage at diagnoses, indicating irreversible joint damage. The lack of information and awareness regarding the clinical and epidemiological characteristics of this form of IA, among the general public and healthcare professionals, most likely contributes to the increased risk of IA in these children, suggesting that children with DA are potentially at a greater risk of long-term complications.

To add to the difficulty of diagnosing this disease, there are no studies to date that have examined the underlying mechanisms that drive it in children with DS. However, the observed increase in erosive disease suggests that the immune system is dysfunctional. Therefore, a collaboration between the National Children’s Research Centre (NCRC) Crumlin, NCHC, and Molecular Rheumatology in Trinity College Dublin (TCD), led by Prof Ursula Fearon, was established to examine immune cell responses and invasiveness of cells at the site of inflammation in children with DS-associated arthritis.

We obtained blood of children with DA, JIA, DS and HC, isolated peripheral blood mononuclear cells and we examined specialised cells of the immune system, specifically T-and B-lymphocytes, which are involved in protecting us against infections and viruses. In this study, we describe for the first time unique immunological dysregulation, suggesting it is a distinct form of IA compared to JIA, and independent of the immune abnormalities associated with trisomy 21. We identified increases in a number of T-cell subtypes in the circulation of children with DA compared to JIA, DS or HC (see Figure 1). In particular, these T-cells were polyfunctional in nature, which means they simultaneously produce many different proinflammatory proteins (cytokines), which in turn drive the activation of other specialised immune cells (see Figure 2). The expansion of specific T-cells’ population was also observed for the  follicular T-cell (Tfh), and the recently-described peripheral T helper cells (Tph), both of which are required for B-cell activation. Indeed, expansion of memory B-cells in DA compared to JIA, paralleled by decreased frequency of transitional B-cells was observed, effects that further contribute to a failure of immune regulation. This shows a generalised dysregulation of T-cell plasticity in children with DA over that of JIA that is potentially an important contributor to disease pathophysiology.

An additional contributing factor in DA immune-dysregulation is the observed reduction in frequency of naïve and memory regulatory T-cell (Treg) cells in children with DA compared to T21, the main function of which is to regulate the immune system to maintain tolerance to self-antigens, and thus prevent autoimmune disease. Together, this study suggests DA is distinct from JIA and manifests with a more aggressive proinflammatory, polyfunctional Th, Tfh and Tph cell responses, accompanied by reduced Treg cell frequency.

In summary, we have, for the first time, identified an underlying immune system dysregulation in children with DA, which is potentially more aggressive than JIA, characterised by enhanced polyreactive T, Tfh and Tph-cell responses, reduced Treg cell frequency and increased synovial inflammation. We also demonstrate that the synovial fibroblasts display a more aggressive invasive phenotype in children with DA, which relies on their ability to produce energy. This increased capacity to invade may underlie the observed increase in erosive disease seen in children with DA. Thus, the observed dysregulation in immune responses most likely leads to increased synovial inflammation, which significantly contribute to disease progression in children with DA, thus greater understanding of these mechanisms will lead to improved diagnostic and prognostic outcomes for this disease. These studies also highlight the need for increased awareness of the condition in children with DS, which should lead to significant improvements in their clinical care and management.

This research was published in the international peer-reviewed journal Arthritis and Rheumatology, and was funded by the NCRC, Crumlin, Arthritis Ireland, Down Syndrome Ireland, and the Health Research Board.

This work represents a significant advance in our understanding of the underlying immune mechanisms involved in driving this aggressive form of IA in children with DS.

We would particularly like to thank the children and their parents who were involved in this research, as these studies could not have been performed without them. Increased awareness and support is needed, which will lead to early diagnoses, and better treatments and outcomes for these children.

For more information on the research at Molecular Rheumatology, TCD, and the EULAR Centre for Arthritis and Rheumatic Diseases, St Vincent’s University Hospital, Dublin, please visit www.rheumatologytcd.com and www.arthritissvuh.com.