The power of healing for wounds 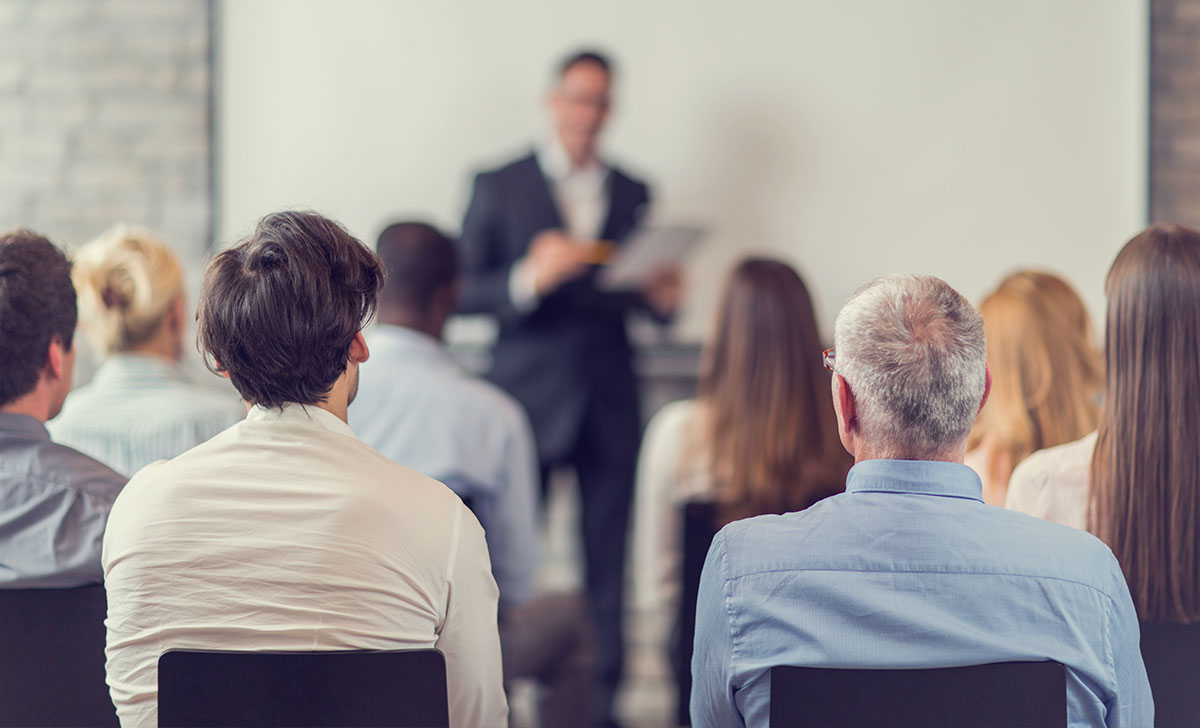 Attendees at UCD’s Charles Institute Seminar Series heard a presentation by Prof Fergal O’Brien of the RCSI about the controlled delivery of therapeutics for wound-healing.

The Charles Institute, Ireland’s national dermatology research and education centre, hosts a range of guest speakers who cover a variety of topics ranging from skin cancer to psoriasis, among many others. The series, which is sponsored by RELIFE (part of the A.Menarini group), is designed to provide expert knowledge and advice from a range of distinguished national and international experts in their respective fields and is chaired by Prof Desmond Tobin, Full Professor of Dermatological Science at UCD School of Medicine and Director of the Charles Institute of Dermatology. The seminars are broadcast to attendees with a special interest in dermatology and cutaneous science in other locations, who access the talks remotely via an audio-visual link.

The seminars are held using a hybrid model, combining in-person attendance at the UCD Charles Institute with interactive online access.

Attendees heard a presentation by Prof Fergal O’Brien, Deputy Vice Chancellor for Research and Innovation and Professor of Bioengineering and Regenerative Medicine at the RCSI. Prof O’Brien has published more than 250 articles in respected journals, and has trained more than 40 PhD students to completion. He is also the recipient of numerous prestigious awards, including an advanced grant from the European Research Council.

Prof O’Brien delivered a talk titled ‘Advanced Biomaterials for Controlled Delivery of Therapeutics for Enhanced Wound Healing’, and explained that his laboratory is focused on the development of natural polymer cell and biomaterial-based therapeutics for tissue engineering, as well as regenerative medicine applications targeting a variety of tissues.

One of the most important areas of this research involves efforts to functionalise these scaffolds to be used as delivery systems for biomolecules, such as nucleic acids, to enhance their therapeutic potential. Whilst non-viral vectors are typically inefficient at transfecting cells, Prof O’Brien explained that his group has had significant success in this area, using a scaffold-mediated gene therapy approach for regenerative applications.

Prof O’Brien also explained how he and his team have demonstrated how scaffold-mediated delivery of siRNAs and miRNAs can be instrumental in silencing the specific genes associated with reduced repair or pathological states. He outlined his ongoing research efforts, with a particular emphasis on gene-activated biomaterials for promoting nerve and wound repair.

“Our core mission is really to use biomimetics – biomaterials as therapeutics for tissue repair, but increasingly, we are using them for pathophysiology models for disease and drug screening,” Prof O’Brien told the attendees. “We have programmes of research ongoing in a whole series of tissues and organs… we are really interested in collaboration, in using our platform systems for new indications and to deliver new molecules.”

He presented case studies in rabbits, horses, and rats and described a range of research in which he has been involved, and told the seminar that matrix components can now be used with profound effect in tissue repair. He also touched on advances in bone and cartilage repair and told the attendees: “Cartilage is a much more challenging indication than bone, because it doesn’t get a vascular supply, which can lead to osteoarthritis,” he said. “We developed a multi-layered material which replicates the native joint. The top layer is the superficial cartilage layer, which consists of collagen 1, collagen 2 and hyaluronic acid, and the bottom subchondral bone layer is a collagen hydroxyapatite matrix.

We are really interested in collaboration, in using our platform systems for new indications and to deliver new molecules

Prof O’Brien explained that while biomaterials are highly effective in healing certain defects, there is a major limit to what biomaterials can do. “That’s has brought us into the area of using them to deliver other types of therapeutics,” said Prof O’Brien. “It has brought us toward using these materials to deliver biologics, or stem cells, or antibiotics, when we are trying to control the rate of infection. Obviously we need safe delivery and essentially what we have is the same material as previously, but now we have the other molecules functionalised within them.” Prof O’Brien presented the attendees with examples, including a scaffold-based delivery system for osteomyelitis treatments and gene-activated scaffolds.

He also described his efforts to create different designs with different mechanical properties and told the attendees: “What we found was that the porous architecture in the scaffolds inhibited myofibroblast activation, which meant it wasn’t arriving at the contractile phenotype in comparison to the old scaffolds… it’s really interesting to see how the material architecture alone can direct the biological response.”

Prof O’Brien also briefly discussed next-generation scaffolds as nerve guidance conduits, which could be particularly useful in treating peripheral nerves that have been damaged frequently due to trauma and disease. Nerve grafts from a donor site in a patient can be used to treat defects but are limited in availability, he explained. “We began to build an aligned matrix… initially we thought neurons would be important, but we realised after a while that Schwann cells were key,” he told the seminar. “If you get the Schwann cells in the right place and provide the right architecture, the neurons will form.”

He also explained that “many groups forget” the importance of considering the vascular component. “It’s very important to get vascularisation as the scaffold begins to degrade,” he said. “This [delivering therapies in a scaffold-based system] is a really nice example of something that is about fundamental science – matrix components on selectivity in vitro that has now been taken all the way forward, and which will hopefully go further.”

During an interactive Q&A session following the presentation, Prof Tobin commented on Prof O’Brien’s approach of targeting the cells that are present in the tissue, rather than trying to deliver new cells, in order to leverage that capacity of host tissue to re-engage with different stimuli. “Apologies in advance for this somewhat rambling question. In the skin, particularly with fibroblasts, there are multiple subtypes, each with different capacities,” said Prof Tobin. “You talked about ‘unexpected’ cell types picking up or phagocytosing things, and you also mentioned that the Schwann cells were unexpectedly showing their hand. To what extent could you be getting trans-differentiation of cells ie, out of their original phenotype and into another type of related cell?

“One of the areas people are working at currently is to leverage hair follicle fibroblasts for wound healing, which may be more inclined to become myofibroblasts. In the case of mouse data from very large wounds, where healing is allowed to proceed by secondary intention, there can be ‘reprogramming’ of cells,” Prof Tobin continued. “So, to what extent are you shifting the tissue’s balance from one cell state to another, rather than only getting pre-existing cells to move into the scaffold – are they really the same cell after you have intervened, or are you transforming the population?”

“It’s a complex question, but a really great one,” Prof O’Brien responded. “The truth is, a lot of the time, we really don’t fully know the answer… in all of our in vitro characterisations, we would put stem cells on the scaffolds, trying to differentiate osteoblasts or muscle cells, and so on, and we thought that was what the target would be in vivo,” he continued. “We thought that if we targeted the resident cells in bone marrow, the bone marrow sentinels would come along and become bone-forming.

“What we now see happening a lot of the time, especially in bone, is that they are beginning to form around the vascular network and provide the support cell, so then you are getting a nascent vascular network beginning to form. The role of the stem cell has been known for a long time, not just immunomodulatory, but also more on the vasculogenic side. In the spinal [scenario], we are not going to be able to target the resident cells in that indication, and that’s why we have been looking at different cell populations – we need them to get in there get them to retain their phenotype.” Prof O’Brien explained that he and his team are collaborating with the Trinity College Dublin Institute of Neuroscience to research iPS cells in neurogenic applications, to see if it is possible to target cells to get them into the right location, and to determine whether they will stay there.