Can we predict disease onset for rheumatoid arthritis? 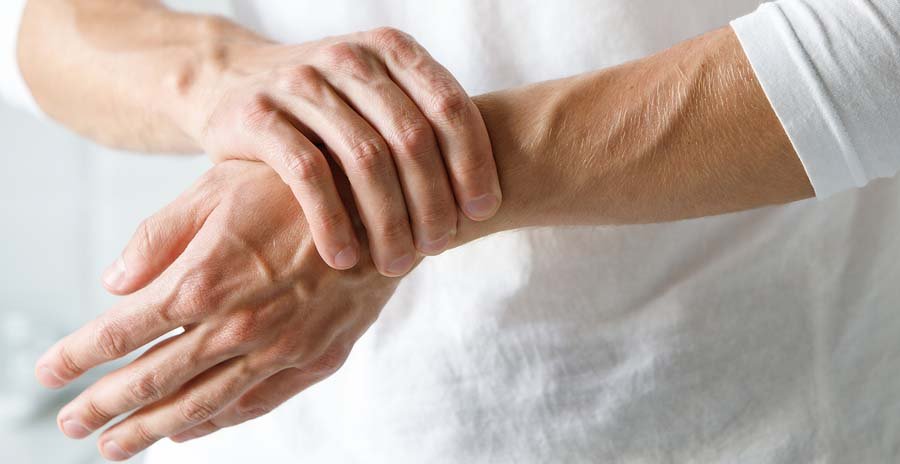 Rheumatic and musculoskeletal diseases (RMD) affect up to 60 per cent of the 120 million EU citizens, at an estimated cost of €240 billion, with direct costs of 2 per cent EU GDP. Rheumatoid arthritis (RA) is an important chronic RMD worldwide, causing significant joint destruction, disability, increased mortality, and is associated with a number of comorbidities. In Ireland, approximately 40,000 (1/100) people have RA, with an estimated cost of €19,596 per patient/year, and overall cost of ~€544 million. While there have been significant advances in the treatment of RA, there are no cures, therefore patients require life-long treatment. Targeted biotherapeutics have significantly improved outcomes of RA, however responses may be suboptimal or associated with adverse events. RA provides an ideal ‘model’ for a personalised medicine approach. Methotrexate (MTX) is the disease-modifying anti-rheumatic drug (DMARD) of first choice; patients responding inadequately to MT, in Ireland, are eligible for anti-TNF, B-cell depleting therapy rituximab (RTX), the anti-IL-6 receptor blocking drug tocilizumab (TOC), or small molecule inhibitor tofacitinib. At two years, a significant non-response rate is well established for these agents, MTX – 45 per cent, anti-TNF – 30 per cent and RTX – 40 per cent.

Currently, it is impossible to predict who will develop severe, erosive disease or who will respond to treatment. The treatments are very expensive, therefore ‘trial and error’ is not a cost-effective strategy. There is a major need for smart and safe use of effective drugs for treatment of RA. Indeed, if introduced early, biologic DMARDs consistently produce better long-term outcomes, including on the key markers of joint damage, disability and employment. In this context, our research group have recently started to focus on  ‘at-risk of arthritis’ or ‘pre-RA’ subjects, who present with circulating autoantibodies (anti-citrullinated antibodies (ACPA)) several years before disease onset. Studying these subjects may provide important clues in understanding the evolution of RA and identifying biomarkers to predict disease onset and/or potential new therapeutic targets. One potential corollary is the promise of developing a cure for RA, where the initial break in self-tolerance is identified and targeted therapeutically. However, identifying those at risk of developing RA remains problematic. Although ACPA+ arthralgia is associated with subsequent development of RA in some subjects, the conversion rate varies greatly, between 30-to-70 per cent.  Furthermore, blood or tissue biomarkers have not, as yet, been identified in these at-risk populations, so currently we cannot predict which subjects will convert to RA and those that will not.

Therefore, over the last three years, in a collaborative approach between Molecular Rheumatology, TCD and the Centre for Arthritis and Rheumatic diseases, St Vincent’s University Hospital, we have collected a cohort of subjects that have presented with joint pain, but have no clinical or systemic signs of inflammation, but who are positive for ACPA, and examined if we can identify differences in these subject compared to the general population.

Initially, we isolated monocytes from the blood of RA patients at time of presentation and examined inflammatory and metabolic pathways, and compared them to HC monocytes. Our recent data suggests that these circulating immune cells may already be primed in ‘at-risk ACPA+’ subjects. We have demonstrated that  circulatory monocytes in the periphery ex vivo are hyper-inflammatory in active RA patients, a phenotype that was also  observed in ‘at-risk ACPA+’ arthralgia subjects compared to healthy controls.

Indeed, monocyte-differentiated macrophages memorise the inflammatory phenotype of their precursor cell, suggesting that if macrophages retain memory bias of their monocyte precursors, it is theoretically possible that analysis of circulatory monocytes may be clinically translatable in terms of early diagnosis, disease progression and response to therapy. Indeed, analysis of paired synovial tissue demonstrated early influx of synovial macrophages, T-cells and B-cells in the arthralgia ACPA+ subjects, suggesting that even though the joint is not inflamed on clinical examination, there are already early signs of the inflammatory process getting started.

Further evidence to suggest that circulatory monocytes are already primed was shown when we demonstrated that these cells have a reliance on glucose metabolism — indeed, they switch their energy metabolism from oxidative phosphorylation to glycolysis, a mechanism which allows the cells to produce energy at a faster rate in order to maintain its activated phenotype. Moreover, blockade of glucose uptake with 2-DG inhibited the secretion of pro-inflammatory mediators from these circulatory ex vivo monocytes.

To further understand the mechanism by which this shift in energy metabolism occurs, we examined key transcriptional factors that are involved in driving RA pathogenesis. One such transcriptional factor was pSTAT3, a component of the JAK-STAT signalling pathway, which is currently a target approved for RA Tofacitinib. We found that pSTAT3 was increased in both the RA and arthralgia monocytes compared to HC, blockade of which resulted in inhibition of both the hyperinflammatory and hypermetabolic phenotype observed in these cells.

In summary, this study demonstrates the unique inflammatory and metabolic phenotype of RA monocytes, suggesting that peripheral CD14+ monocytes may be pre-programmed to become M1-like proinflammatory macrophages. In addition, the observation of this phenotype in at-risk individuals indicates that these features may precede clinical manifestations of RA and therefore could be useful as a biomarker for early diagnosis. This will lead to a better understanding of disease progression,  and help deliver a new approach to predict  those ‘at-risk’ of RA, predict RA outcomes and identify new candidate medications for the treatment of arthritis sufferers, thus allowing stratification of patients for precision medicine. This integrated clinical and basic science research environment will create an innovative, globally competitive translational research programme. Overall, this is important in an EU/global healthcare context, to use the correct drugs safely and effectively, to prevent disease progression in individuals at risk of RA and those diagnosed with RA, while reducing the risks of infection or comorbidities.

For more information on the research at Molecular Rheumatology, TCD and the EULAR Centre for Arthritis and Rheumatic Diseases, St Vincent’s University Hospital, Dublin, please see the following websites: www.rheumatologytcd.com and www.arthritissvuh.com/

Irish-led research has led to the naming of a key gene linked to the development of rheumatoid arthritis (RA).

A team of doctors and scientists at the UCD Centre for Arthritis Research has been investigating the previously unnamed, mystery gene since a difference in its DNA code was linked with RA.

The gene, now called MACIR — for ‘macrophage immunometabolism regulator’ — was shown last year to be important for the immune system.

Dr Emma Dorris, senior researcher on the project, said people with RA have less MACIR compared to people who do not have an autoimmune condition.

Prof Gerry Wilson, Director of the UCD Centre for Arthritis Research and lead author of the research, has been investigating this gene for nearly 10 years. He was involved in the large genetics study in 2010 that first identified that it was linked to RA.

“Working with our colleagues in Queen Mary University of London, we found that when people newly-diagnosed with rheumatoid arthritis had more inflammation, they produced less MACIR,” he said.

The naming of human genes is now tightly regulated with oversight from the international Human Gene Nomenclature Committee, a part of the Human Genome Organisation (HUGO). Human gene symbols can no longer form known words and must be named after the gene function.

The gene the Irish researchers were interested in was called C5orf30, which it means it was the 30th sequence of DNA code that looked like a gene on chromosome 5, the fifth-biggest chromosome.

The research leading to the new name change has been supported by the Health Research Board (HRB), Arthritis Ireland and the Irish Research Council.

Ms Gráinne O’Leary, Chief Executive of Arthritis Ireland, emphasised the importance of this type of research to people in Ireland living with arthritis. “Rheumatoid arthritis affects 45,000 people in Ireland, 70 per cent of them women. This is a chronic disease that can impact on every aspect of life: Physical and mental wellbeing, relationships, career, and social life. Through investing in research such as this, Arthritis Ireland is helping us draw closer to the day when people will be free from the pain of arthritis.”