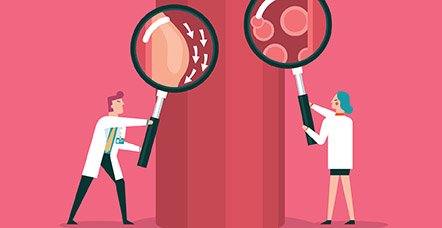 Priscilla Lynch presents a round-up of some of the most topical research presented at the 61st American Society of Hematology (ASH) Annual Meeting and Exposition in Orlando, Florida, US

Three adult patients with sickle cell disease (SCD) are doing well after receiving an infusion of their own stem cells that had been genetically engineered to induce them to stop producing harmful sickle haemoglobin and start producing a healthy form of a haemoglobin, according to a study presented during the 61st American Society of Hematology (ASH) Annual Meeting and Exposition in Orlando, US, 7-10 December 2019.

The three patients, who are now 18, 10, and nine months post-infusion, are producing significantly increased amounts of the healthy form of haemoglobin and have so far shown no therapy-related adverse effects beyond those expected with autologous hematopoietic stem cell transplantation, said senior author Dr David A Williams, Chief Scientific Officer at Boston Children’s Hospital.

“We are very encouraged by the results we are seeing with this scientifically innovative approach to gene therapy for SCD,” Dr Williams said. “This approach builds on basic research findings developed at Boston Children’s Hospital and may open the door to curative therapy for many individuals with SCD.”

SCD is the most common inherited red blood cell disorder in the US, affecting an estimated 100,000 African Americans.

Currently, the only established cure for SCD is a transplant of healthy stem cells from a matched sibling donor. However, many patients with SCD do not have a suitable sibling donor and some stem cell transplants have significant complications or fail.

Before birth and during the first weeks of life, human infants produce a special form of haemoglobin, so-called foetal haemoglobin, which is particularly well-suited for the lower oxygen environment present in the womb, and researchers have long recognised that it inhibits the formation of sickled red blood cells. Shortly after birth, however, infants gradually stop producing foetal haemoglobin. It is replaced by adult haemoglobin that, in people with SCD, is prone to sickling. Preclinical research from Boston Children’s Hospital has shown that suppressing the action of a protein known as BCL11A can reverse SCD by reactivating the production of foetal haemoglobin.

In this study, Dr Williams and his collaborators devised a technique to genetically engineer an inactivated virus to deliver genetic instructions to drastically reduce the expression of BCL11A in red blood cells, using the cell’s own machinery called a microRNA. The key feature of the new approach is targeting BCL11A with a structure they named a shmiR. This “flips the switch” back to a foetal haemoglobin in the red cells.

Post-treatment follow-up shows that all three adult patients involved in the study now have normal or near-normal haemoglobin levels and are producing foetal haemoglobin in quantities that should be sufficient to prevent sickling of red blood cells, Dr Williams said. One patient continues to receive planned blood transfusions due to extensive pre-existing blood vessel damage in the brain to reduce any risk of stroke, but now needs fewer transfusions than before receiving the investigational gene therapy.

“We are seeing a remarkable reproducibility of the treatment effect in all of the patients treated to date,” said Dr Williams.

“The treatment also appears to be durable, with the first patient now 18 months out.”

In addition to the three adult patients, ranging from 21-26 years of age, data for two adolescents ages 16 and 12 years who have also received the gene therapy will be reviewed. At five months and one-month post-treatment, these patients are so far showing similar outcomes. For all patients, the hope is that increasing foetal haemoglobin levels enough to prevent sickling will decrease their long-term risk for complications of SCD such as organ damage, strokes, and lung disease, he said.

Patients will be followed for 15 years, as recommended by the US Food and Drug Administration for recipients of gene therapy. The researchers are currently in discussions with the National Institutes of Health, which is funding the study, to make the investigational gene therapy available to a larger number of patients by expanding the number of sites that can offer it.

Using an investigational oral form of azacytidine therapy, CC-486, significantly improved overall survival in older patients with newly diagnosed acute myeloid leukaemia (AML) who were in remission following standard induction chemotherapy with or without consolidation therapy, according to a phase 3 study presented during the 61st ASH Annual Meeting and Exposition in Orlando. The drug was found to be safe and researchers say the results are the first to validate the role of maintenance therapy in AML.

“The AML community has been trying to validate the role of maintenance therapies to extend initial treatment responses for many decades and – until now – without success,” said lead study author Andrew H Wei, MBBS, PhD, from the Alfred Hospital, Melbourne, Australia. “While several agents have been studied and shown to increase relapse-free duration, demonstration of a survival benefit has been elusive. CC-486 is the first therapy to provide statistically significant and clinically meaningful improvement in both overall survival and relapse-free survival in patients with AML in remission following induction chemotherapy, with or without consolidation.”

Based on these findings, Dr Wei said it is reasonable to expect that this therapy will become an integral part of treatment for older people with AML in remission and may help them to defer the need for further AML therapy. Currently, in the post-remission period after induction and consolidation, management is either observation or stem cell transplant, the latter of which is complex and not viable for everyone.

CC-486 has multiple potential mechanisms of action, including remodelling the epigenetic programme in leukaemic blasts. The oral route of administration, which allows for extended duration dosing (14 days each cycle) over a prolonged period of time (approximately 30 per cent of patients are still on therapy after two years), may be an important factor in explaining the drug’s effectiveness, said Dr Wei.

A total of 472 patients with AML, ranging from 55-86 years of age, with either intermediate- or poor-risk cytogenetics were enrolled in the QUAZAR AML-001 trial between May 2013 and October 2017 across 148 centres in 23 countries. To be included, they had to 1) achieve a complete response or complete response with incomplete count recovery after induction chemotherapy, with or without consolidation, and 2) not be candidates for haematopoietic stem-cell transplant. Within four months of attaining any complete response, patients were randomised to receive either 300mg of CC-486 or placebo once daily for 14 days of a 28-day cycle plus best supportive care until disease relapse.

Researchers tracked overall survival, the study’s primary endpoint, as well as relapse-free survival, safety and tolerability, and health-related quality-of-life. After a median follow-up of 41.2 months, there was a 31 per cent lower risk of death among patients receiving CC-486 compared with those on placebo; median overall survival was 24.7 months vs 14.8 months. The risk of relapse was also significantly lower in those who received the medication (10.2 months in the CC-486 arm vs 4.8 months for placebo). Minimal residual disease was also eradicated more frequently in patients receiving the drug.

A striking finding, according to Dr Wei, was that treatment benefits remained consistent across broad subgroups of patients, including the number of prior chemotherapy cycles received, the presence of any measurable residual disease, poor cytogenetic risk, or patients ≥ 65 years. Self-reported quality-of-life did not change across treatment groups.

There were significantly more gastrointestinal events among patients receiving the treatment drug, including nausea, vomiting, and diarrhoea, but most of these events occurred in the first two cycles and patients remained on therapy with supportive care.

“The QUAZAR shows that, rather than observing patients and waiting for them to relapse, we can now actively engage in trying to reduce relapse risk and improve survival in the post-remission phase.”

Immunotherapy superior to chemotherapy for children with relapsed B-ALL

The immunotherapy drug blinatumomab significantly improved survival in children with relapsed B-acute lymphoblastic leukaemia (B-ALL) compared with standard chemotherapy in a study presented during the 61st ASH Annual Meeting and Exposition in Orlando. Researchers say the results support blinatumomab as a new standard of care for high- and intermediate-risk relapsed B-ALL patients who are preparing to receive a bone marrow transplant.

“From past experience, our understanding is that bone marrow transplant is the therapy that gives these children and young adults the best chance of a cure,” said lead study author Dr Patrick A Brown, of the Johns Hopkins Kimmel Cancer Centre. “Based on our study, it appears that blinatumomab is a much more effective bridge to transplant for this patient population, leading to a much larger portion of patients who are actually able to receive a bone marrow transplant. We believe that is the reason for the striking improvement in survival among patients who received blinatumomab.”

Blinatumomab is a bispecific T-cell engager (BiTE®) antibody construct that binds specifically to CD19, a protein expressed on the surface of B cells, and CD3, a protein expressed on the surface of T-cells. Blinatumomab is currently approved by the US FDA for use in relapsed and refractory B-ALL patients, but this is the first trial to confirm its benefits in paediatric patients who have minimal residual disease (MRD) following an initial course of chemotherapy after relapse. Patients in this group are frequently unable to proceed to a bone marrow transplant and face a high rate of subsequent relapse and death.

The standard course of treatment for these patients is three months of chemotherapy leading up to a bone marrow transplant if possible. In the study, all patients first received one month of standard chemotherapy treatment. Researchers then identified 208 patients who were considered to have high- or intermediate-risk disease based on the timing of their relapse or the presence of MRD, and randomised these patients into two groups. One group received two months of blinatumomab therapy while the control group received the standard course of two additional months of chemotherapy.

The researchers tracked disease-free survival, which was the trial’s primary endpoint, along with overall survival, ability to proceed to transplant, changes in MRD, and adverse events. Trial enrolment was stopped early after an interim analysis found the benefits of blinatumomab were substantial enough to establish it as a new standard of care.

Like previous studies, the trial showed blinatumomab had significantly fewer side effects than standard chemotherapy.

The researchers will continue to track enrolled patients to assess longer-term outcomes. Dr Brown noted that the study findings establish blinatumomab as a new standard of care only for patients with the risk profiles examined in the study, not for lower-risk patients or those who have not experienced relapse.