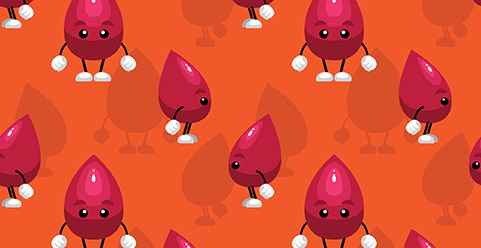 Mr Brian O’Mahony, Chief Executive of the Irish Haemophilia Society gives an overview of the latest therapeutics being used by Irish haemophilia patients, including a ground-breaking gene therapy trial, which a small number of Irish patients are involved in

For haemophilia A, there are now two alternative treatment options available in Ireland:

1. All haemophilia A patients in Ireland to get continued access to extended half-life factor replacement therapy

Agreement has been reached on the continued provision of extended half-life (EHL) factor VIII (FVIII) as an option for the treatment of haemophilia A in Ireland for a further year to the end of 2020.

The Haemophilia Product Selection and Monitoring Advisory Board (HPSMAB) have extended the contract for the supply of recombinant EHL FVIII (Elocta) from SOBI until 31 December 2020. This means that all people with haemophilia A requiring FVIII replacement therapy with factor concentrates will continue to have access to EHL therapy for another 12 months under the terms of the current agreement.

This contract extension is a result of positive patient feedback to the HPSMAB regarding Elocta. Alongside the contract extension for recombinant EHL FIX (Alprolix) for people with haemophilia B requiring FIX replacement therapy last year, this maintains Ireland as one of the only countries in the world to routinely offer only EHL therapies as factor replacement treatment to all haemophilia patients. Elocta was first introduced in Ireland in 2016 and became the only factor replacement therapy for people with haemophilia A used in 2018.

The Irish Haemophilia Society are pleased with the continued access to EHL FVIII and EHL FIX. The availability of EHL factor concentrates has led to a measurable improvement in quality-of-life for people with haemophilia in Ireland, which we reported on during the International Society of Thrombosis and Haemostasis (ISTH) conference in 2019.

Ireland’s progressive approach combines expert medical care co-ordinated across the country by the National Haemophilia Service, a very active patient community via the Irish Haemophilia Society and an inclusive approach to efficient purchasing of necessary therapies via competitive tendering and assessment.

St James’s Hospital in Dublin, in conjunction with the HPSMAB, initially awarded a contract to supply EHL recombinant FVIII for the treatment of haemophilia A in January 2018 for a minimum of two years. The St James’s Hospital tender process is run according to EU procurement rules and leads the way in its multi-stakeholder approach, including formal representation of patients within the decision-making process.

2. New treatment option for prophylaxis in severe haemophilia A

Emicizumab (Hemlibra) is a humanised bi-specific antibody treatment engineered to replace the action of FVIII in the body. It binds to both activated FIX and FX and allows the coagulation cascade to continue, and the blood to clot, in the absence of FVIII, so can be used as an option for prophylaxis for people with FVIII deficiency.

It is administered by subcutaneous injection and only needs to be given either once a week/fortnight/month (the dose is different depending on how often it is given).

The HPSMAB, in which the Society participates, recently completed a negotiation which has resulted in access to emicizumab for people with severe FVIII deficiency/haemophilia A as an option for prophylaxis.

This means that every individual with severe FVIII deficiency will have the option to switch to emicizumab or remain on EHL FVIII (Elocta). This will be an individual decision to be made following a consultation each person with haemophilia or parent will have with their comprehensive care centre.

At the moment, emicizumab is licensed for prophylaxis in people of all ages (including children) with severe FVIII deficiency. Therefore, in general, people with moderate or mild haemophilia would not be suitable for this treatment. In addition, there are some people with a history of thrombosis or inhibitors, which were cleared by immune tolerance treatment in the past, who may not be suitable to have emicizumab. This will be discussed individually with each person.

Elocta will remain the FVIII concentrate in use in Ireland for prophylaxis and on-demand FVIII replacement. People on prophylaxis can continue to use Elocta and do not have to change treatment. The benefits and possible risks of a change in prophylactic treatment to emicizumab will be discussed with each person. The Irish Haemophilia Society recently (before Covid-19 restrictions) completed a series of information meetings for our members on emicizumab in Dublin, Cork, and Galway.

Gene therapy has the potential to revolutionise treatment for haemophilia and thus the lives of those who have it, and is close to entering clinical practice. Regulators in Europe and the US have granted gene therapy clinical trials fast-track processes to determine safety and efficacy. In severe haemophilia, the level of FVIII (in haemophilia A) or FIX (in haemophilia B), the factor level in the blood is less than 1 per cent. Normal levels vary from 50 per cent to 150 per cent. The key outcomes we will look for from gene therapy are a significant increase in factor level expression and the duration of expression. The clinical trials have the objective of achieving a factor expression as close to the normal range as possible. It is hoped that duration of expression may be lifelong, but should be at least five-to-10 years.

In light of these developments, we are now seeing patients and clinicians asking questions, such as “What is the duration of expression of factor in  this treatment? What is the rate of factor level expression loss on an annual level? At what factor levels are patients starting to re-bleed or need treatment in the event of a trauma/surgery? At what activity level are bleeds occurring?”

While one clinical trial in haemophilia A has shown loss of expression over time, this has not been reported in other trials. However, only one trial has the duration data after three years and there is a much shorter follow-up to date in the others. It is too early to question whether a specific vector is responsible for this decrease of factor level and efficacy. Nevertheless, data available from FIX gene therapy clinical trials, which have been running for longer, do not show a similar reduction in factor level. One hypothesis advanced during the US National Hemophilia Foundation (NHF) Workshop on Novel and Gene Therapies, held in Washington, DC, last September, related to cell-stress in hepatocytes during and after gene therapy. In fact, FIX is naturally produced in hepatocytes, unlike FVIII, which is naturally produced in the endothelial cells. As a result, it was considered during the meeting that the impact of stress on hepatocytes over time could be greater for FVIII gene therapy than FIX and that this could be part of the reason for the reduction in FVIII activity over time. On the other hand, FIX gene therapy does not show an increase in factor level activity as significant as in FVIII trials. Therefore, this leads us to ask two additional questions. First, once patients reach a certain factor level that is lower than the desired normal range, does factor level plateau? The second question is whether there will be a considerable difference, in terms of peak and durability of factor expression, between gene therapy in FVIII and FIX.

In addition, increasing information is being analysed concerning the causes and timing of ALT increase in the liver after gene therapy. It is hypothesised that ALT may impact factor expression as even transient transaminitis may result in a loss of hepatocytes which are expressing factor.

So far, gene therapy has been focused on gene replacement, which causes cells to produce rFVIII. On the horizon is gene editing with CRISPR/Cas9 technology, which fixes the defective gene and the body produces its own protein. The first abstract (OC 40.2) in haemophilia on the use of this technology in mice was presented at the last ISTH with the result being low frequency generated therapeutic levels of FVIII in mice.

Meanwhile, we revealed the exciting news in March that gene therapy has been used for the first time to treat a person with haemophilia in Ireland. A total of three people with haemophilia B (FIX deficiency) have now been treated here as part of a clinical trial.

The recipients have received gene therapy as part of a phase 3 clinical trial, which involves three Irish patients among a total of 60 around the world. There will be an intensive period of monitoring of effectiveness at first, followed by a longer term evaluation over five years. Only one treatment is administered to each trial patient.

The therapy uses an adeno-associated viral vector to deliver the FIX gene therapy intravenously to the liver of the individual who has severe haemophilia B.

This is a momentous occasion for the haemophilia community in Ireland. In the past, viruses such as HIV and hepatitis C decimated the haemophilia population in Ireland through contaminated blood. It is ironic that a virus could now be the delivery system which offers the best hope of a practical cure for severe haemophilia.

In the earlier phase 2B trial of this particular gene therapy, the FIX level in the blood increased from less than 1 per cent to between 33 per cent and 51 per cent in the small number of individuals treated. This transforms their quality-of-life from having severe haemophilia to mild haemophilia or no haemophilia.

It is hoped that the effect of the gene therapy infusion will last for many years and possibly for a lifetime.

This ground-breaking gene therapy trial is one of a number of active clinical trials in novel therapies for haemophilia in Ireland. The opportunity to participate in clinical trials is part of the commitment of the National Haemophilia Service to personalise treatment and to improve the quality-of-life and outcomes for people with haemophilia.