PARP inhibitors in cancer – shifting the paradigm to frontline treatment 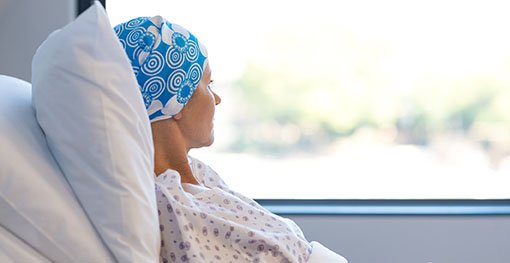 Young woman in bed suffering from cancer. Thoughtful woman battling with tumor looking out of window. Young patient with blue headscarf recovery in hospital on bed.

The last decade has seen major advances in oncology therapy with the addition of PARP inhibitors, with significant updated data on their usage across a range of cancers in the last 12 months

The last 12 months has continued to see PARP inhibitors lead the field as regards therapeutic advancement in advanced tubo-ovarian cancer. The current standard of care in the first-line setting for most patients with newly diagnosed advanced tubo-ovarian cancer is platinum-taxane chemotherapy and cytoreductive surgery with a goal to remove all the visible cancer. This was established from the GOG158 and Arbeitsgemeinschaft Gynaekologische Onkologie (AGO) OVAR-3 studies published in 2003. Addition of bevacizumab (Avastin), an anti-angiogenic agent, confers an additional modest progression-free survival (PFS) benefit and may have a survival benefit in those at high risk of relapse. Despite initial response rates to the chemotherapy surgery combination of more than 80 per cent, tumour recurrence develops in up to 80 per cent of patients.

The last decade has seen major advances in therapy with the addition of PARP inhibitors. The initial licence for olaparib (Lynparza), a first-in-class PARP inhibitor, was as maintenance therapy in recurrent high-grade serous BRCA-mutated tubo-ovarian cancer established from the SOLO2 study. This agent has been approved for use in recurrent tubo-ovarian cancer in Ireland since 2017. At ESMO 2018 the results of the SOLO-1 study showed that first-line olaparib maintenance therapy after platinum-based chemotherapy in newly diagnosed advanced tubo-ovarian cancer with BRCA mutation improved PFS by three years, and shifted the focus from the recurrent to the first-line setting.

At the 2019 European Society for Medical Oncology (ESMO) Congress last September, the results of three large phase 3 trials of PARP inhibitors have shown the substantial benefit of PARP inhibitors in the first-line treatment space in both patients who had BRCA-mutated and non-BRCA-mutated disease. The trials; PRIMA, PAOLA-1, and VELIA, presented at a Presidential Symposium at the Congress, provide evidence of improved survival for almost all patient sub-types in high-grade advanced tubo-ovarian cancer.

The PRIMA study was designed to evaluate niraparib (Zejula) versus placebo in first-line stage III or IV tubo-ovarian cancer patients. The study was simultaneously published in the New England Journal of Medicine as well as being presented at ESMO 2019. Patients with a response to first-line platinum chemotherapy were randomised 2:1 to niraparib or placebo. All patients were platinum-responders, either complete or partial, but were a high-risk group with a poor prognosis at the end of treatment due to evidence of residual disease post-surgery.

The trial demonstrated that the addition of niraparib substantially extended PFS from 8.2 months to 13.8 months and resulted in a 38 per cent reduction in the risk of disease progression or death in the overall study population when compared to placebo, regardless of BRCA1/2 mutation status.

All patients in the trial had their tumour tested for homologous recombination status according to the Myriad myChoice test and half the trial participants (50.9 per cent) were found to have homologous recombination deficiency (HRD), indicating potential increased benefit of PARP inhibition. Subgroup analysis of patients with HRD found an even greater benefit than the overall trial population with an increase in PFS from 10.4 to 21.9 months and reduced the risk of progression in the HRD population by 57 per cent.

In the PAOLA-1 study, a different therapeutic approach was chosen. This trial evaluated the efficacy and safety of olaparib with bevacizumab as first-line maintenance therapy for advanced tubo-ovarian cancer, regardless of BRCA1/2 mutation status.

Patients with newly diagnosed tubo-ovarian cancer were treated with platinum-based chemotherapy combined with bevacizumab and went on to receive maintenance therapy with either bevacizumab alone (n=269) or bevacizumab and olaparib (n=537). Median PFS was improved from 16.6 months to 22.1 months with the addition of olaparib (HR 0.59, P< 0.0001).

The effect was more pronounced in women with BRCA and HRD mutations; with the addition of olaparib extending median PFS to 37.2 months. However, the rate of treatment discontinuations due to side effects was relatively high in the olaparib/bevacizumab group (20 per cent) in comparison with the placebo/bevacizumab group (6 per cent).

In the intention-to-treat population, median PFS was extended from 17.3 months for the chemotherapy-only arm to 23.5 months with veliparib-throughout (HR 0.68; P<.001). The independent value of adding veliparib during induction therapy without veliparib maintenance was deemed to be less clear. The absence of a veliparib maintenance arm post-completion of initial standard of care chemotherapy was another criticism of the study.

The PARP inhibitors, olaparib (Lynparza) and talazoparib (Talzenna) have received US FDA regulatory approval to treat germline (inherited) BRCA1 or 2 mutation, HER2-negative, metastatic breast cancer patients. These approvals were based upon the results of the trials, OlympiAD and EMBRACA, respectively. Both these studies showed an improvement in PFS when compared with physician’s choice of chemotherapy.

OlympiAD reported an improvement in median PFS of 7.0 months compared with 4.2 months. However, follow-up data showed no significant improvement with overall OS.

Data from the phase 2 TOPARP-B trial presented at the 2019 American Society of Clinical Oncology (ASCO) Annual Meeting confirmed the activity of olaparib in HRD-positive metastatic castrate resistant prostate cancer (mCRPC). The overall tumour response rate (ORR) was 54 per cent with the highest responses in patients with BRCA1/2 or PALB2 mutations (80 per cent and 57 per cent, respectively). Overall median PFS was 5.4 months.

Another study presented at ASCO 2019, TRITON2 evaluated rucaparib (Rubraca) in HRD-positive mCRPC and reported a greater than 50 per cent PSA decline in 51.1 per cent of patients and ORR of 44 per cent. Again BRCA1 or BRCA2 mutations predominated in the responder subgroup.

Updated data presented at ESMO 2019 confirmed rucaparib’s activity among patients with BRCA1/2 mutation with an ORR of 44 per cent and a 5 per cent complete response rate.

Niraparib (Zejula) was tested in the phase 2 GALAHAD study in a similar patient population to TRITON2. Preliminary results were reported at the ASCO Genitourinary Cancers Symposium in early 2019; among 23 patients with BRCA mutations, a 38 per cent ORR and a 57 per cent PSA response were presented. In patients without BRCA mutations, the tumour response rate was only 11 per cent and PSA response 6 per cent.

Ongoing prostate studies comparing PARP inhibitors to hormone suppression in mCRPC with HRD mutations in the pre-chemotherapy setting are being tested in two ongoing phase 3 trials; PROfound and TRITON3. Early results from PROfound presented at the ESMO 2019 Congress reported a median PFS in the BRCA1/2 or ATM mutation cohort of 7.39 months with olaparib over 3.55 months with enzalutamide or abiraterone. Olaparib also produced significant improvements in ORR  and median time to pain progression in this group. However the interim OS data did not reach statistical significance, despite a favourable trend. Furthermore, olaparib did not significantly improve outcomes in cohort B that comprised other HRD mutations.

Between 4 per cent and 7 per cent of patients with pancreatic cancer have a germline BRCA1/2 mutation, and up to 3 per cent have an ATM mutation. Although the phase 2 RUCAPANC trial of rucaparib monotherapy for previously treated metastatic pancreatic cancer with a BRCA1/2 mutation was terminated early due to poor response, investigators noted that the 16 per cent of patients who responded had durable, clinically significant responses and this efficacy was enhanced in platinum-sensitive patients. Consequently, the randomised controlled trial POLO was developed. This investigated olaparib in platinum-sensitive pancreatic cancer patients with germline or inherited BRCA mutation and was presented in the plenary session in ASCO 2019. It found that PARP inhibitor maintenance therapy significantly delayed the progression of metastatic pancreatic cancer in patients with BRCA gene mutations compared with placebo with a median PFS of 7.4 months compared with 3.8 months. At year one, 33.7 per cent of the olaparib group showed no signs of disease progression compared with 14.5 per cent of those receiving placebo. After two years, 22.1 per cent of patients receiving olaparib had no disease progression versus 9.6 per cent for those treated with placebo. However, the ORR, median OS (data immature), and health-related quality-of-life were not significantly different between the two arms.

PARP inhibition has been shown to increase PD-L1 expression in HRD cancer cells leading to the hypothesis that immune checkpoint inhibitors with PARP inhibitors are a promising combination. Keynote-365 reported a 32 per cent disease control rate of greater than six months with olaparib plus pembrolizumab in mCRPC. In the MEDIOLA trial, olaparib was administered with durvalumab (Imfinzi) to women with germline BRCA1/2-mutated HER2-negative metastatic breast cancer. The ORR was 63 per cent, median PFS was 8.2 months, and median OS was 20.5 months. Multiple trials of PARP inhibitors plus immunotherapy are ongoing in this space in many tumour types.

Many chemotherapy plus PARP inhibitor trials are ongoing despite difficulties in delivering this combination due to overlapping toxicity and haematological adverse events necessitating significant dose reduction and delays. In HRD-positive metastatic pancreatic cancer, veliparib with FOLFOX (folinic acid, fluorouracil, and oxaliplatin) chemotherapy showed an ORR of 50 per cent, median PFS of 7.2 months, and median OS of 11.1 months. In breast cancer, the phase 3 BrighTNess trial randomly assigned patients with triple-negative breast cancer to receive paclitaxel alone; paclitaxel plus carboplatin; or paclitaxel, carboplatin, and veliparib. The addition of veliparib showed no difference to the chemotherapy arms. Conversely, the BROCADE3 trial assessed the same triplet regimen but in patients with HER2-negative, advanced or metastatic, germline BRCA1/2-mutated breast cancer. In this study, the addition of veliparib to carboplatin and paclitaxel significantly prolonged PFS versus carboplatin and paclitaxel alone (14.5 vs 12.6 months, respectively) but failed to significantly improve OS or ORR. The three-year PFS rate was more than doubled in the veliparib arm.

The utility of PARP inhibitors as treatment, maintenance or in combination with a variety of other systemic anti-cancer agents is growing. While tubo-ovarian cancer has led the way in this space, breast, pancreatic and prostate cancer also have reported positive studies in very recent years. This has been most pronounced in tumours that contain mutations in genes involved in DNA damage repair pathways, the so called HRD-positive tumours, of which BRCA1 and BRCA2 mutations have been the most sensitive. The future will see further expansion of PARP inhibitors into a wider variety of tumour types and in novel therapeutic combinations with other anti-cancer compounds. The key to harnessing the full promise of PARP inhibitors in cancer management algorithms will require substantial efforts into parallel development of biomarkers of response as well as investment into national cancer genetics programmes.