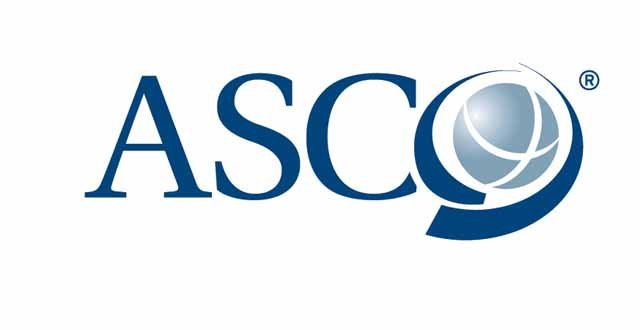 Specifically, 23.2 per cent of people who had not previously been treated with chemotherapy and 15.5 per cent of previously treated patients were alive after five years, with the greatest benefit observed in patients with higher PD-L1 expression. This represents a marked improvement over five-year survival rates from the pre-immunotherapy era, which averaged 5.5 per cent for aNSCLC, and is the longest follow-up study to-date of people with aNSCLC treated with pembrolizumab, according to the researchers.

“The uniformly negative outlook that has been associated with a diagnosis of aNSCLC is certainly no longer appropriate,” said lead study author Dr Edward B Garon, Associate Professor of Medicine at UCLA, Los Angeles, CA. “The fact that we have patients on this trial that are still alive after seven years is quite remarkable. We also have evidence that most patients who are doing well after two years on pembrolizumab live for five years or more.”

In April of this year, pembrolizumab received an expanded approval from the US FDA for frontline treatment of patients with stage III NSCLC who could not have the tumours surgically removed or irradiated, or aNSCLC with PD-L1 expression levels over 1 per cent and no EGFR or ALK gene mutations.

Patients were followed for a median of 60.6 months. At that point, 18 per cent (100 participants) were still alive. Of those who had not received prior treatment, 23 per cent were still alive after five years compared with 15.5 per cent of those previously treated.

Immune-related toxic side effects occurred in 17 per cent of enrolees. The most common side effect was hypothyroidism, while the most serious side effect seen was pneumonitis, but that was not very common.

An interim analysis of the international randomised, phase 3 ENZAMET trial found that 80 per cent of men with metastatic hormone-sensitive prostate cancer (mHSPC) who received the non-steroidal anti-androgen (NSAA) medicine enzalutamide along with the standard-of-care treatment were alive after three years compared with 72 per cent of men who received other NSAAs along with standard treatment.

Overall, there was a 33 per cent decrease in the risk of death in men receiving enzalutamide compared to those who took an NSAA.

The study was led by the Australian and New Zealand Urogenital and Prostate (ANZUP) Cancer Trials Group.

These findings were presented in ASCO’s Plenary Session, which features four studies of great importance to patient care, out of the 5,600 abstracts accepted to the 2019 ASCO Annual Meeting.

“Physicians and patients with prostate cancer now have a new treatment option with enzalutamide, and this is especially relevant for men who cannot tolerate chemotherapy and have a lower burden of disease seen on scans,” said study co-chair Dr Christopher Sweeney, a Medical Oncologist at the Lank Centre for Genitourinary Oncology, Dana-Farber Cancer Institute, Boston, MA.

The study found that enzalutamide is a more effective inhibitor of the androgen receptor than bicalutamide, nilutamide, or flutamide, the comparison standard NSAAs used in the trial, but it can lead to different side effects.

Men with mHSPC were randomly assigned between March 2014 and March 2017 to receive an injection of a testosterone-suppressing medicine (such as goserelin, leuprolide, or degarelix) with either a 160mg enzalutamide pill daily or one of three standard NSAAs: bicalutamide, nilutamide, or flutamide. Of the 1,125 men enrolled in the trial, 503 men received early doses of docetaxel and 602 did not. Men were followed for a median of 34 months.

Aside from the aforementioned key findings, researchers further analysed the data to identify the impact of enzalutamide in key groups at the three-year mark:

The increase in survival with enzalutamide was most obvious in men who did not receive docetaxel: among patients who received enzalutamide without docetaxel, 83 per cent were alive compared with 70 per cent taking another NSAA.

Dr Sweeney noted that a survival benefit is not seen with docetaxel in men with a low volume of disease, but that enzalutamide does improve survival in these men.

In the trial, olaparib was administered to patients whose cancer had not progressed after completion of initial platinum-based chemotherapy, and after two years, 22.1 per cent of people receiving olaparib had no disease progression vs 9.6 per cent for those treated with placebo. While overall survival data are not yet mature, this is a significant advance given that the median survival of metastatic pancreatic cancer is currently less than one year. The findings were presented in ASCO’s Plenary Session.

Olaparib is currently approved by the US FDA as first-line maintenance treatment in patients with BRCA mutations who benefitted from prior platinum-based chemotherapy. Previous phase 3 studies have to date shown the benefit of olaparib in other BRCA-driven cancers (ovarian, breast).  About 5 per cent to 6 per cent of pancreatic cancers are caused by mutations in one or both BRCA genes.

The POLO trial examined if olaparib could delay disease progression after 16 weeks or more of initial platinum-based chemotherapy.

After screening 3,315 people with pancreatic cancer, the investigators identified 247 with germline BRCA mutations. The researchers randomly assigned 154 patients on a 3:2 basis, with 92 people assigned to olaparib and 62 assigned to placebo. Treatment started four to eight weeks after a patient’s last dose of platinum-based chemotherapy. The median duration of treatment was six months for those taking olaparib and 3.7 months for people who received a placebo. Two-thirds of those enrolled had BRCA2 mutations, and the remainder had BRCA1 mutations.

Dr Kindler notes that the results of this trial are likely practice changing. The long-term goal is to demonstrate the utility of olaparib in pancreatic cancer beyond the patients who benefitted from the medicine in the POLO trial.

While active surveillance is a commonly used strategy in patients with low tumour burden or slow growing disease, few studies have assessed active surveillance for mRCC compared to immediate treatment. This study aimed to assess the outcomes and safety of active surveillance in comparison to immediate systemic treatment for mRCC patients. Using the Canadian Kidney Cancer information system (CKCis), Canada’s largest database of patients with kidney cancer that collects prospective patient data from 14 Canadian academic centres, mRCC patients diagnosed between January 1, 2011 and December 31, 2016 were identified. Active surveillance strategy was defined as: (1) start of systemic therapy ≥ six months after diagnosis of mRCC; or (2) never receiving systemic therapy for mRCC with an overall survival (OS) ≥ one year (OS ≥one year a surrogate to exclude patients not started on treatment due to poor prognosis). Patients starting systemic treatment <six months after diagnosis of mRCC were defined as receiving immediate systemic treatment. OS and time until first-line treatment failure (TTF) between the two cohorts were compared.

Based on the largest analysis of active surveillance in mRCC to-date, this data suggests that a subset of patients may be safely observed without immediate initiation of systemic therapy. The study authors note, however, that as patients were treated between 2011 and 2016, a prospective validation is required in the contemporary immunotherapy era.