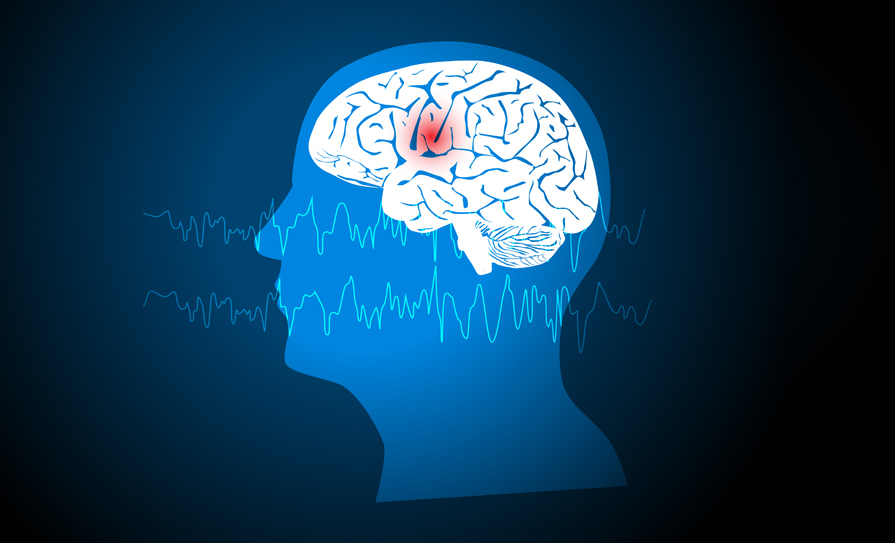 The overall prognosis for people with newly-diagnosed epilepsy is good, with 60−70 per cent becoming seizure-free, many of whom do so in the early course of the condition

Epilepsy is a chronic neurological condition and the collective term for a large group of anatomical and functional disorders of the brain, characterised by repeated seizures; brief episodes of involuntary movement that may involve a part of or the entire body. By definition, epilepsy is a condition of recurrent unprovoked seizures. It occurs because of a predisposition to seizures from genetic susceptibility or a chronic pathologic process.

The risk of premature death in people with epilepsy is up to three times higher than the general population, with highest rates found in low- and middle-income countries and rural versus urban areas.1,2,6 About 25-to-30 per cent of new-onset seizures are thought to be provoked or secondary to another cause. Epilepsy incidence is highest in younger and older age groups and increases steadily after 50 years of age. The most common cause of seizures and epilepsy in older people is cerebrovascular disease.4

Seizures can vary from the briefest lapse of attention or muscle jerks to severe and prolonged convulsions accompanied by loss of consciousness and control of bladder and bowel function. They can also vary in frequency, from less than one per year to several per day. Up to 10 per cent of people worldwide have one seizure during their lifetime. One seizure does not signify epilepsy, which is defined as having two or more unprovoked seizures. Characteristics of seizures vary, depending on where in the brain the disturbance occurs, and how far it spreads. Temporary symptoms occur, such as loss of awareness or consciousness, disturbances of movement and sensation (including vision, hearing and taste), mood, or other cognitive functions. Triggers which make seizures more likely include missed medication, increased alcohol intake, sleep deprivation, stress, illnesses, and fevers.2

Idiopathic epilepsy is the most common type, and in over half of cases there is no known cause. Epilepsy with a known cause is called secondary or symptomatic epilepsy. The causes of secondary epilepsy include: Brain damage from prenatal or perinatal injuries; congenital abnormalities or genetic conditions with associated brain malformations; severe head injury; stroke (CVA) that restricts the amount of oxygen to the brain; infections of the brain such as meningitis, encephalitis, and neurocysticercosis; genetic syndromes; and brain tumours.1,2

Although social effects vary from country to country, people living with epilepsy can be targets of prejudice. Discrimination and social stigma surrounding epilepsy worldwide are often more difficult to overcome than the seizures themselves. The stigma of the disorder can discourage people from seeking treatment for symptoms, so as to avoid becoming identified with the disorder.

To make a diagnosis of epilepsy, it is necessary to establish a tendency of recurrent, spontaneous epileptic seizures. Many people have a single, isolated epileptic seizure at some point in their lives, but if a person has more than one, then a diagnosis of epilepsy may well be considered. One-in-20 people will have a single seizure and most never have another, while one-in-115 people will have more seizures and may then be diagnosed with epilepsy. Sometimes a person can be diagnosed after a first seizure if their tests confirm epilepsy, and the clinician feels it is likely they will have more seizures.1

History is key in assessment and will guide further evaluation. One of the first questions posed to the patient or caregiver is whether the event was a witnessed seizure or other type of transient event. A sudden alteration in consciousness with associated motor movements is a common description of a convulsive seizure. For generalised seizures with associated motor movements, the convulsion typically has a stiffening or tonic phase followed by clonic, rhythmic phased motor movements. There may be a noise or cry at the onset of the seizure. Some patients may describe a prodrome or aura before the event, and urinary incontinence may or may not be present. Tongue biting, if present, is most frequently lateral. Following a generalised tonic-clonic seizure, patients will have some transient alteration consciousness, referred to as the postictal state. There are many types of seizures other than generalised convulsions, and any transient alteration of consciousness or unusual behaviour or individualised perception might conceivably represent a type of seizure.4

Key points include history with attention to the history of seizures, medication use, past medical history, and social history, especially any history of alcohol or illicit drug use. A history of immunosuppression or malignancy is very important. Frequently there will be a history of unresponsive spells that might be seizures. Events leading up to the seizure are important, and friends, family, or co-workers may have important information. For the patient with known epilepsy, it is important to establish if there has been any irregularity with their medication use.1,4 Physical examination should include a general physical and a neurologic examination with attention to the detection of any focal deficits.4

A diagnosis of epilepsy is made by a consultant taking into account eye witness descriptions of seizures and test results. Results of tests can help support the diagnosis and pinpoint the seizure type. Tests include the routine awake EEG, sleep and sleep deprived EEG, and CT brain scan or MRI. Routine blood tests may be ordered.1

The main treatment for epilepsy is anti-epileptic-drugs (AEDs), although surgery may be required for severe cases. Over the past few decades new drugs for epilepsy have become available, which allow many people with epilepsy to live virtually seizure-free lives. With AED treatment, up to 70 per cent of people with epilepsy will not have seizures while taking medication. A small number benefit from epilepsy surgery, which in some cases can manage the condition completely. However, for up to 30 per cent of people with epilepsy, seizures are difficult to control despite treatment.1 The potential for drug-drug interactions should always be considered when prescribing concomitant medication to a patient on AEDs and the National Medicines Information Centre (NMIC) provides up-to-date information on AED-related enquiries.6

Drug-drug interactions occurring in patients with epilepsy can have substantial effects on clinical outcome and may often be predicted by the pharmacokinetic and pharmacodynamic profiles of the AEDs. Many patients with epilepsy have co-morbid conditions which require non-AED concomitant medications. Drug interactions between AEDs and contraceptive hormones are clinically important and need to be considered due to risks including contraceptive failure, potential teratogenicity of AEDs, and reduced seizure control.

There are widespread concerns about the teratogenic risks posed by AEDs, and the utmost care must be taken with use in pregnancy. When used during pregnancy, sodium valproate-containing medicines are associated with a risk of major congenital malformations and developmental disorders. In February 2018, the European Medicines Agency (EMA) put in place measures to reduce the risk of exposure of babies to valproate in the womb.

These measures have been implemented in Ireland and include:

In view of the increased risk of neural tube defects and other major congenital malformations associated with exposure to AEDs (particularly valproate and carbamazepine), current guidelines also recommend that a daily dose of 5mg folic acid is prescribed prior to conception and until at least the end of the first trimester for all women taking AEDs.

Some medications prescribed for other medical conditions can affect epilepsy or interact with epilepsy medication. These include certain antibiotics, anti-malaria drugs, pain medications, steroids, broncho-dilators, antihistamines, antidepressants, anti-psychotics, and benzodiazepines. Some cold and flu medicines, decongestants and antihistamines have been reported to increase the risk of seizures. Grapefruit and grapefruit juice can interact with many medicines, including some epilepsy medications such as carbamazepine and oxcarbazepine and emergency medications such as midazolam and Valium. Energy drinks with high levels of caffeine can provoke seizures too. Alcohol is also a trigger for seizures, and should be kept to moderate levels.1

A full list of current AEDs and their various indications and potential side-effects are available at: www.epilepsy.ie/content/types-anti-epileptic-drugs-aeds.

Surgery may be considered in epilepsy when seizures are not responding to medication. People with resistant partial seizures are more likely candidates for surgery than those with generalised seizures. If seizures are found to arise from only a single small area of the brain then this part may be removed to control the epilepsy.

Resection procedures involve removing the area of the brain that is causing seizures. Resections may be temporal or extratemporal, involving one of the other lobes of the brain. Lesionectomy is another type of resection and involves removing lesions such as tumours, scar tissue, haematomas, or abnormal blood vessels.

Corpus callosotomy involves cutting the corpus callosum, which connects the two sides of the brain, to prevent the seizure activity spreading. No brain tissue is removed.

Multiple subpial transection is only carried out when it is not possible to remove the area of the brain causing the seizures. Shallow cuts are made to the cortex to control the spread of seizure activity.

Success rates for epilepsy surgery depend on the type of surgery involved and differs with each individual. However, up to 70 per cent of people having temporal lobe epilepsy surgery are seizure-free two years after surgery.1

The prognosis for patients with seizures depends mainly on the underlying cause. Patients with neoplastic causes of seizures or hypoxic brain injury fare worse than those with metabolic causes. There is little question, however, that many people living with epilepsy today have a much better quality-of-life and outcomes than in the past. The ability to accurately diagnose the disorder and provide safe and effective therapy has substantially improved. The overall prognosis for people with newly-diagnosed epilepsy is good, with 60-to-70 per cent becoming seizure-free, many of whom do so in the early course of the condition. The probability of obtaining freedom from seizures is particularly high in those with idiopathic generalised epilepsy and normal neurological examination.8,10

Ongoing neuroimaging, neuropathology and genomics research is advancing our understanding of epilepsy. Advances in brain imaging are helping to identify the structural and functional causes and consequences of the epilepsies. Progress in genomic technology is driving a paradigm shift. Genomic medicine has the potential to transform the way we care for people with epilepsy, and it is believed that whole genome sequencing will help unravel the genetic architecture underlying the different types of epilepsy. With improved understanding of the gradual development of epilepsy, epigenetic determinants, and pharmacogenomics, comes the hope for better, disease-modifying, or even curative, pharmacological, and non-pharmacological treatment strategies. Other developments are clinical implementation of seizure detection devices and new neuromodulation techniques, including responsive neural stimulation.8,9

In April 2022, scientists at Trinity College Dublin announced a significant advance in our understanding of epilepsy, as they identified a potential method of preventing damaging seizure activity. Brain cells are nourished by an intricate network of capillaries that forms the blood-brain barrier (BBB), and the group of Trinity scientists believe that disruption to the integrity of these capillaries and the BBB is a key driver of seizure activity in humans. The new research shows that restoring the integrity can prevent seizures, and it is this finding that holds real potential in moving the discoveries closer to a real and meaningful therapy.6