Wine and wellbeing: ‘Take two litres and call me in the morning… ’ 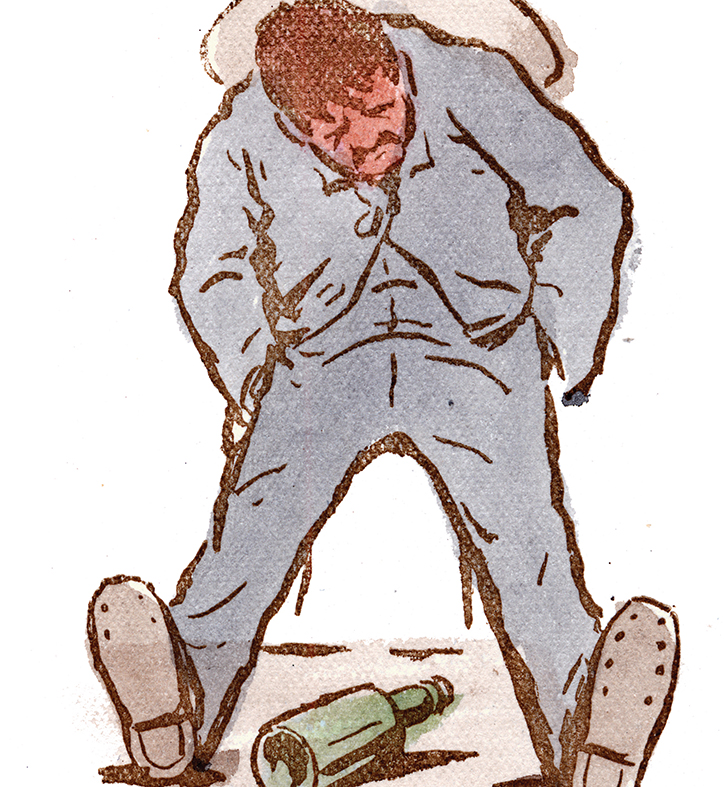 Vintage engraving of a victorian satirical cartoon, 19th Century. The Satires of Cynicus. In the morning we say, We'll live better today. In the Evening deplore, We are worse than before

As the saying goes, ‘the poison is in the dose’ and medical practitioners in bygone days certainly had an unconventional approach by today’s standards to the use of alcohol for ailing patients.

The ongoing chatter and conflicting ‘evidence’ that appears regularly through one study or another regarding the benefits or lack thereof of consuming small quantities of wine continues — one glass of red a day, two glasses, none at all — but physicians of bygone ages had no such doubts when it came to prescribing alcohol for patients.

One quirky example of this was to be found in the Hopital Civil de Strasbourg. This hospital was already 300 years old in 1395, when the hospital administrators decided to dig a wine cellar, the fruits of which were specifically for patients (officially, anyway). “You smell it first — it has to smell good,” according to Parisienne wine historian Ms Azé lina Jaboulet-Vercherre, who is quoted in The Scientist. “And if your case is not too severe, you are allowed a little amount to drink.”

However, not all wine prescribers were so cautious with the dosage. While the alcohol content of the wine was lower than the varieties produced today, some patients were prescribed up to two litres per day.

Wine was also commonly used to treat infections, both externally and internally, and was regarded as a useful primary or adjunct treatment “for pretty much any disease”, according to Ms Jaboulet-Vercherre. “Thin white wine” was regularly used to treat depression, or ‘melancholia’, as was the terminology at the time. Indeed, so popular and mainstream was wine as a therapy, Hopital Civil regularly accepted wine plots from patients as payment for their treatment instead of gold. My sympathies to the hospital’s accountant.

However, she points out that long before many of these hospitals had built their own wine cellar, wine was on the prescription pad of many a healer. Way back in the 11th Century, Persian physician Ibn Sina stated with authority that “wine conserveth the body, expelleth disease from the joints, purifieth the frame of corrupt humours, engendereth cheerfulness… ”

As far as treating wounds was concerned, red wine was favoured. The sponge soaked in wine was applied to a wound but it was not the alcohol content the staved-off an infection, but rather the resveratrol content that did the trick. In the Middle Ages, infection was the main culprit in the demise of a great many patients, so wine was considered safer than water.

Perhaps the truth is that we now live in simpler times. If you work the emergency department red-eye shift on any given weekend, you may find that thoughtful patients are bringing their own alcohol into the hospital with them. So no need to roll the JCBs into St James’s just yet.