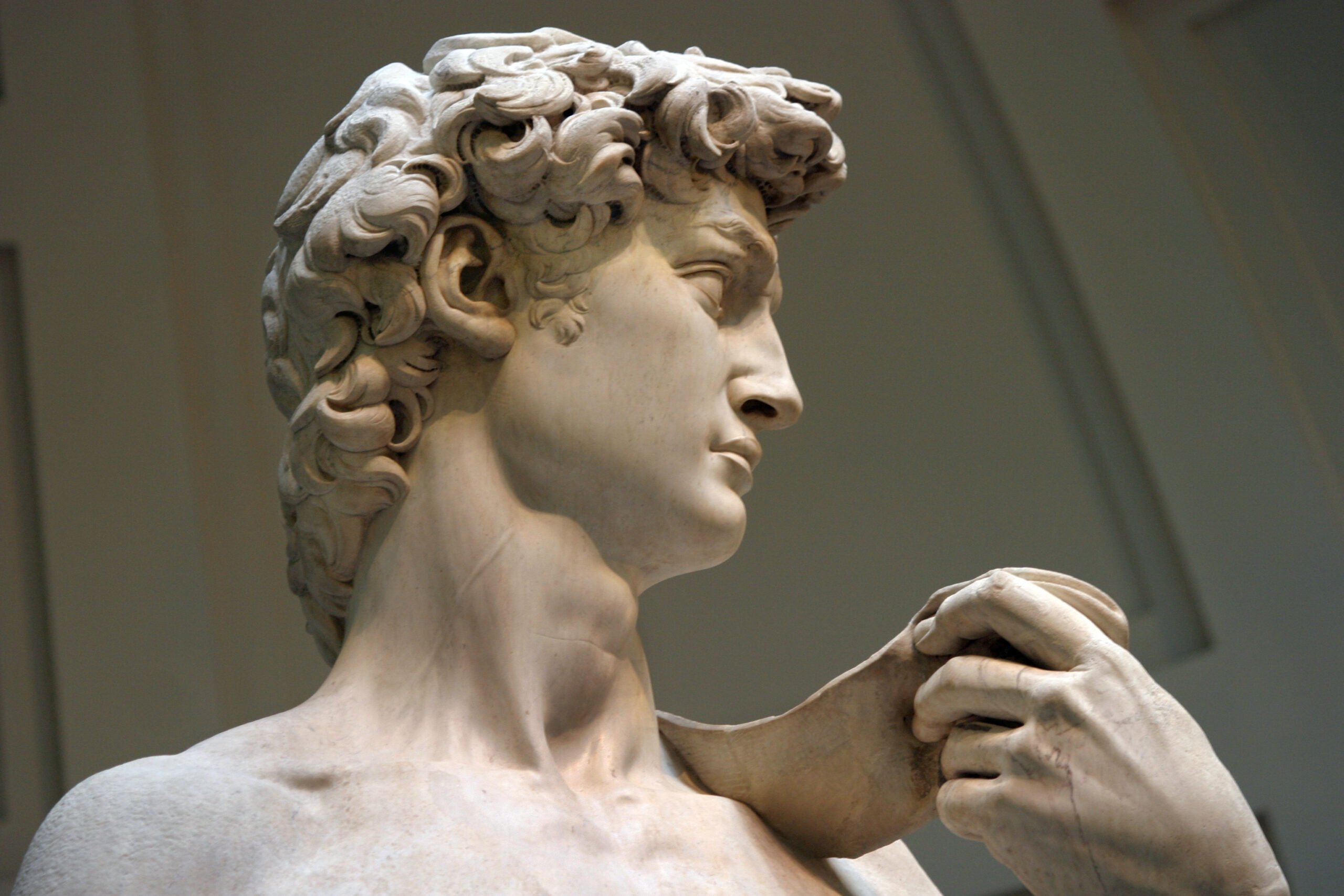 The David statue in Florence, Italy

I’m always fascinated by the concept of ‘doctor as detective’. It illustrates that the truly skilled physician has an unquenchable desire to get to the root of a medical condition, conundrum or mystery, and a good exemplar is Dr Daniel Gelfman, cardiologist at the Marian University in Indianapolis, US. Michelangelo’s David, a masterpiece of Renaissance sculpture, has given so much pleasure to so many for hundreds of years, but it took a cardiologist to spot an aspect of the artwork that few, if any, had considered before. Dr Gelfman had seen many pictures of David, but it was only when he viewed the sculpture in person in Florence that he noticed something odd — a prominent, bulging vein on the right side of David’s neck. This raised many questions for Dr Gelfman. Why would Michelangelo portray David, a healthy-looking, muscular subject, with such a feature? Was it a sign of exertion, or perhaps the great artist was trying to tell us something else? “It struck me as odd, very paradoxical,” noted Dr Gelfman. “You wouldn’t expect to see that. There are certain clues that you can pick up on a physical exam that tell you that someone has heart disease and one of those clues is jugular venous distension. As a cardiologist, when I saw that, it was very dramatic to me.

It really stuck out.” This inspired the good doctor to pen an article on the subject for JAMA Cardiology, in which he encouraged other physicians and students to study works of art to further sharpen their diagnostic skills. In short, Dr Gelfman concluded that Michelangelo was not trying to subtly tell us that David had a heart problem, based on the fact that there were no other obvious visual indications, such as swollen abdomen or legs. Rather, he postulated that the distension was a result of excitement – David was simply pumped-up about taking on Goliath.

Further study showed that Michelangelo often portrayed the subjects of his work with similar characteristics. “What he’s noticing, which is so interesting, he’s noticing a physiological change in somebody who’s getting ready to exert. What this shows is that it’s actually something that you can visualise on a frequent basis, given a certain set of circumstances,” said Dr Gelfman, adding that Michelangelo probably recognised this physical sign before even the physicians of that time. More about Michelangelo’s medical knowledge another time, but for now it’s safe to say the man was a master of many arts. And Dr Gelfman is always on duty.