The naked truth about medical care in the ancient Olympic Games 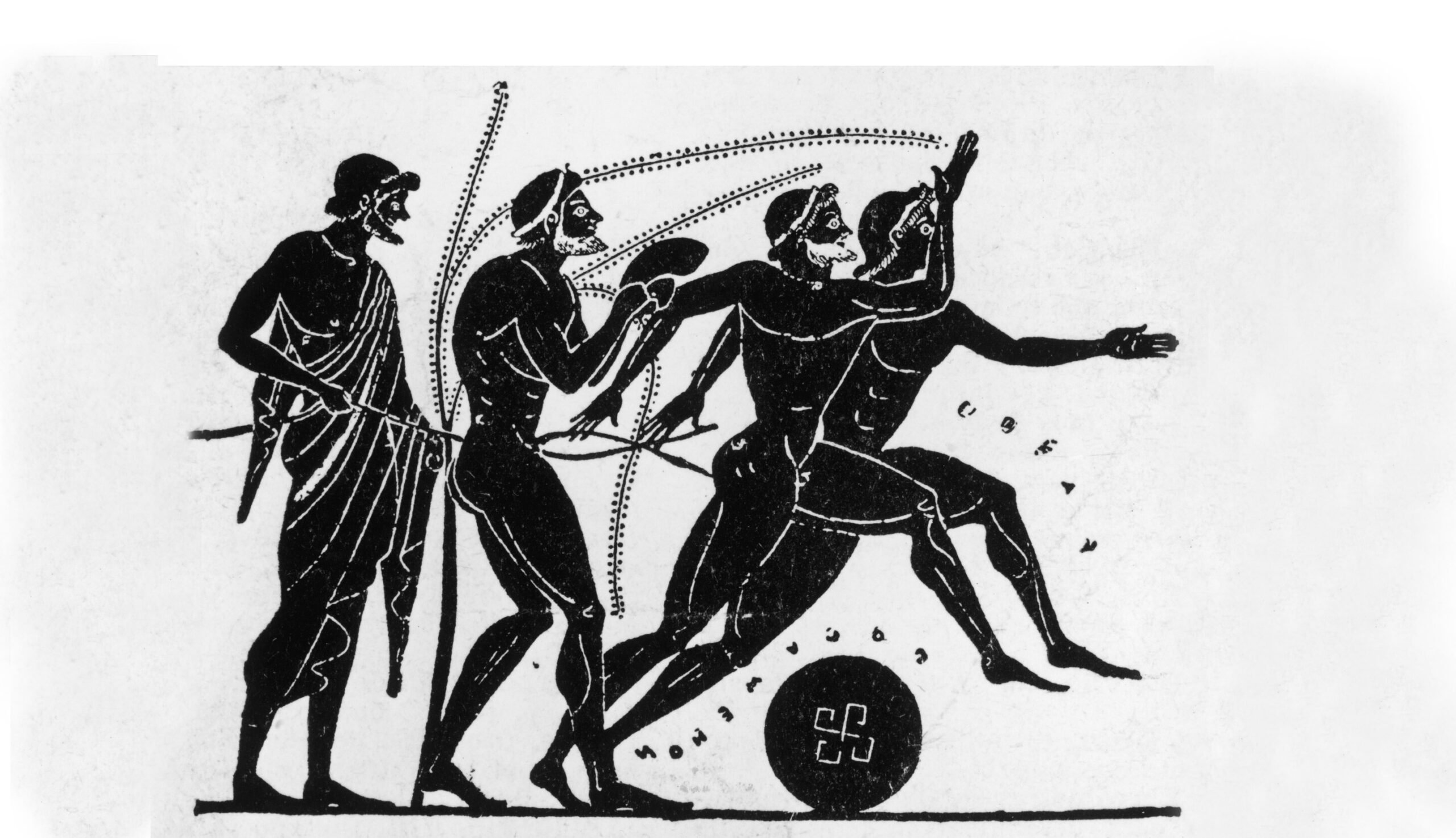 As you read this, the slightly strange and crowd-free Olympic Games are drawing to a close. Of course, the medical assistance offered to all of the athletes is now world class, with the best sports medicine specialists and top-line monitoring and treatment equipment, as well as a dizzying array of physiotherapists, nutritionists, nurses, and so on.
However, if you were an Olympian in some of the early Games, the medical care was a little more, shall we say, rough and ready.

For a start – literally – ancient Greek Olympians competed in the nude. Casual nudity was a fundamental part of Greek culture, although according to historians, the Persians and Egyptians were somewhat puzzled by this practice. However, in ancient Greece, exhibitionism and vanity were par for the course and it was thought that only ‘savages’ were afraid to show their naked bodies. It is a matter of debate, but some historians say the nudity was a tribute to the Greek god Zeus, as the competitors wanted to display their muscular physiques as an homage. One can only imagine the hazards of competing naked in events such as running, jumping, wrestling, etc. They also held races where the athletes had to race each other carrying flaming torches. Not for the faint-hearted naked competitor.

Speaking of the events, some survive to this day, such as boxing, discus throw, pentathlon, while others have fallen by the wayside, such as chariot racing and ‘plankation’, a primitive form of martial art combining wrestling and boxing. Healthcare for these athletes of old took some strange twists and turns. According to historians, medical teams were in situ from the Athens Games in 1896, with doctors carried in carts behind the marathon runners to treat runners with difficulties.

For the 1900 Games in Paris, huts were provided for doctors to shelter from the July sun, whilst they waited to treat any swimmers. However, much to the chagrin of the organisers, there were freak rainstorms, so the doctors found things got a bit cramped as people used the huts to shelter from the pounding rain. This was also the first Olympics to feature ambulances.

On to the 1904 Games and the odd tale of the winner of the gold medal for the marathon, Thomas Hicks, a brass worker from the US. There are photos online showing Hicks being basically carried by two men, as the punishing race took its toll. To revive him, it was decided by his team to administer ‘therapy’ in the form of hot water baths, egg whites, brandy, and two one-60th grains of sulphate of strychnine administered in two doses. Hicks literally fell over the finishing line, which was lucky for him – any more ‘help’ from his team probably would have finished him off. Incidentally, the only water available to the runners of that race was at the 12-mile mark.

Of course, any athlete today using strychnine as a stimulant would be disqualified immediately and the next Games in 1908 in London were the first to see anti-doping measures introduced. These were also the first Games where a doctor’s sign-off was required to declare an athlete fit to compete. However, the doctors were not provided with any special equipment to enforce this – they simply had to walk up and down the line of competitors to visually establish who looked ‘juiced’. Hydration was also finally on the organisers’ radar, albeit in the form of hot Oxo (one of the sponsors of a stall at the event), cold Oxo mixed with soda, raisins, bananas, and milk.

Proper Olympics medical care as we know it really began to evolve at the 1932 Olympics in Los Angeles, where a dedicated pop-up hospital was provided for the first time and the first ever Olympic Village was introduced, introducing a new aura of professionalism to the Games. The medical care was provided free of charge to the athletes in the Village; however, for the 18 athletes whose injuries were beyond the on-site scope of treatment, they had to pay a pretty penny for treatment in an LA hospital. Some things never change. The above just scratches the surface of the evolution of Olympic medical care and it’s well worth taking a deeper dive into this area of historical sports medicine.