The height of innovation: An electronic solution to some very human problems 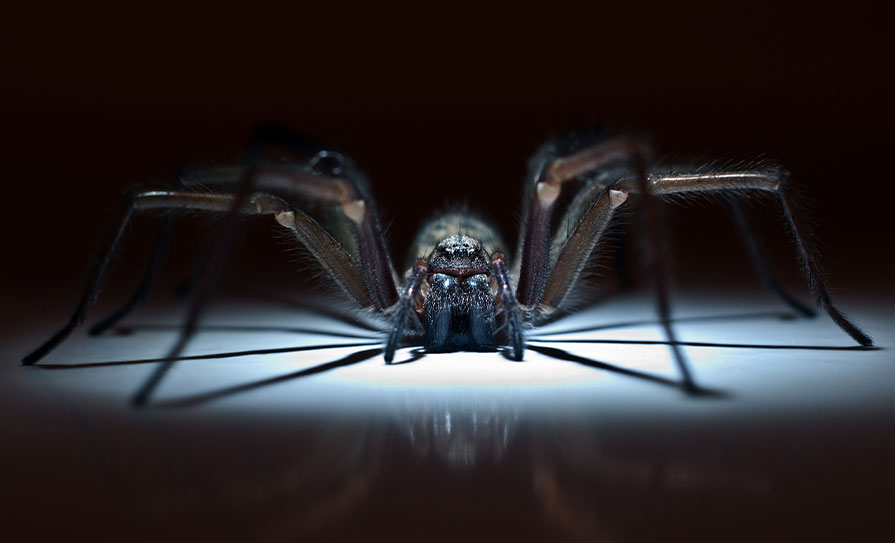 It’s generally accepted from the literature that between 3-to-15 per cent of the population worldwide suffers with some form of a phobia, be it heights, animals, or the dreaded spider in the bathtub. Phobias can be tricky and time-consuming to treat but, as with so many other areas of medicine, help will soon be at hand in the form of a smartphone app.

The folks at the University of Otage in Christchurch, New Zealand, have conducted a trial to examine the potential for a headset and smartphone app treatment programme, which combines 36-degree virtual reality exposure in combination with cognitive behavioural therapy (CBT).

Study participants simply had to download an immersive treatment programme titled ‘oVRcome’ that places them in a number of environments which, in combination with CBT, helps them to overcome their particular phobia. The study was led by Associate Professor Cameron Lacey from the Department of Psychological Medicine at the University of Otage.

An admittedly small sample of 129 people participated in the randomised six-week controlled trial, with a 12-week follow-up. They were aged between 18-to-64 years and had phobias including heights, flying, spiders, needles, and dogs. The participants were required to check-in with their progress on a weekly basis and were offered the support of a clinical psychologist, if requested.

There was flexibility, as they were allowed to choose their own level of exposure from a bank of VR environments. Standard CBT components were utilised, including mindfulness, psychoeducation, cognitive techniques, relaxation, as well as a relapse-prevention model.

In short, the study showed that this system resulted in a 75 per cent reduction in phobia symptoms after six weeks of the treatment programme.

“Participants experiencing all five types of phobia showed comparable improvements in the Severity Measures for Specific Phobia scale over the course of the trial. The average severity score decreased from 28/40 (moderate-to-severe symptoms) to 7/40 (minimal symptoms) after six weeks. There were no participant withdrawals due to intervention-related adverse events,” commented Prof Lacey.

“The oVRcome app involves what’s called ‘exposure therapy’, a form of CBT exposing participants to their specific phobias in short bursts, to build up their tolerance to the phobia in a clinically-approved and controlled way.”

The authors pointed to the possibility of the app/therapy combination having potential to save significant healthcare resources. The trial differed from previous similar initiatives – prior studies predominantly involved high-end VR headsets that are normally only found in the laboratory setting, whereas this one is distinctly low-end and low-tech, and is therefore more accessible to the average person.

The fact that those in the study were able to choose their own level of exposure is significant, said Prof Lacey. “This means the levels of exposure therapy could be tailored to an individual’s needs, which is a particular strength. The more traditional in-person exposure treatment for specific phobias have a notoriously high dropout rate due to discomfort, inconvenience, and a lack of motivation in people seeking out fears to expose themselves to. With this VR app treatment, triallists had increased control in exposure to their fears, as well as control over when and where exposure occurs.”

The potential applications for this kind of treatment may also have an effect on uptake of various vaccines: “An estimated 10 per cent of New Zealanders have been hesitant to take part in the government’s Covid-19 vaccination programme due to needle phobia,” Prof Lacey added. “This hasn’t been helped by a significant shortage of psychologists.”

If you wish to dig deeper, the results were published recently in the Australian and New Zealand Journal of Psychiatry.