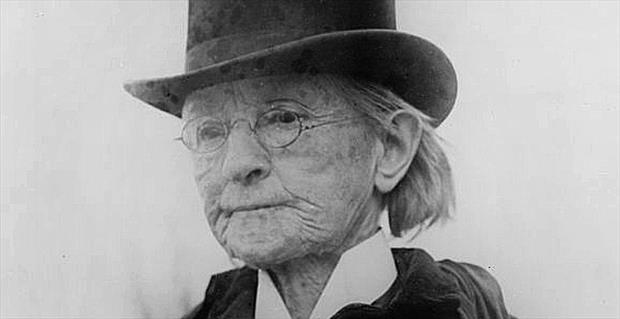 A round-up of research news and oddities from left field

Regular readers may know that I have a few issues with the 5G communications network that is being rolled-out at the moment in the US. We are being promised faster, more secure broadband, etc etc, but there are reasons to be concerned about being bombarded by ever-higher levels of radiation from a vastly increased number of angles. And before I am branded a wild-eyed ‘conspiracy theorist’ with a tinfoil scrub-cap, thankfully there are physicians who have actually put some work into this and share my opinion.

First off, a little basic coverage (pun intended) of the issue. In basic terms — which are really all I can handle — the current 4G network uses microwaves to transmit data. These microwaves travel further than the millimetre waves (MMWs) used in the new 5G network. The current microwave system is almost at saturation point and with 5G, the MMWs cannot travel as far as the microwaves, nor can they pass through people and objects as easily.

As a result, 5G will require a vastly increased number of what are called ‘small cell towers’ to communicate and bombard the air with MMWs. The fact that there have been no clinical trials into the potential effects of this system should be a cause for concern, as highlighted by the US group Physicians for Safe Technology and an organisation with members in 27 countries, the International Society of Doctors for the Environment.

However, industry is not about to hang around for medical opinion — in the US, they have started installing 800,000 extra ‘small cell towers’ pretty much all over the place. Again, the potential implications for human health don’t seem to come into the equation.

This is not even a ‘conspiracy theory’ issue — mainstream media have reported on it, but there seems to be a general apathy towards the topic. Prof Joel Moskowitz, Public Health Professor at the University of California, US,  told the Daily Mail back in May 2018: “The deployment of 5G, or fifth-generation cellular technology, constitutes a massive experiment on the health of all species.”

He went on to describe how “5G will use high-band frequencies, or millimetre waves, that may affect the eyes, the testes, the skin, the peripheral nervous system and sweat glands. Millimetre waves can also make some pathogens resistant to antibiotics” — that’s the last thing we need right now.

Prof Moskowitz also wrote in his online blog that “since skin contains capillaries and nerve endings, MMW bio-effects may be transmitted through molecular mechanisms by the skin or through the nervous system”.

This, however, is not strictly an ‘American problem’. Late last year, Vodafone Ireland launched this jurisdiction’s first live 5G network site. They will be working in conjunction with Ericsson, which will be supplying the hardware, and UCD’s innovation hub NovaUCD to build a 5G accellerator programme.

Prof Moskowitz and his hundreds of like-minded medical colleagues seem to be a voice in the wilderness. We are currently being assured that 5G will be no threat to public health. Given the choice between putting my trust in medical professionals and the mobile phone industry, I know who I will choose to believe.

My gratitude to any and all who pass on their amusing medical vignettes, good bad or indifferent. Contributions are always welcome at the email address below.

The anesthesiologist raises his hand and announces his presence, and asks what the problem is, and whether anyone is sick.

“Oh, no, no one’s sick, but there’s a surgeon up in first class who needs his table adjusted.”

How many psychologists does it take to change a lightbulb? None. The lightbulb must change itself.

Physicians at the conference were unable to reach a consensus: Should Brexit take place?

The allergists were in favor of scratching it, but the dermatologists advised not to make any rash moves.

The gastroenterologists had sort of a gut feeling about it, but the neurologists thought the Brexiteers had a lot of nerve.

Meanwhile, obstetricians felt certain everyone was laboring under a misconception, while the ophthalmologists considered the idea short-sighted.

The pathologists yelled: “Over my dead body!”, while the paediatricians said, “oh, grow up!”

The psychiatrists thought the whole idea was madness, while the radiologists could see right through it.

Surgeons decided to wash their hands of the whole thing, and the internists claimed it would indeed be a bitter pill to swallow.

The plastic surgeons opined that May’s proposal would “put a whole new face on the matter”.

The podiatrists thought it was a step forward, but the urologists were pissed off at the whole idea.

The anesthesiologists though it was all a gas, and the cardiologists didn’t have the heart to say ‘no’.

In the end, the proctologists won out, leaving the entire decision up to the assholes in Parliament.