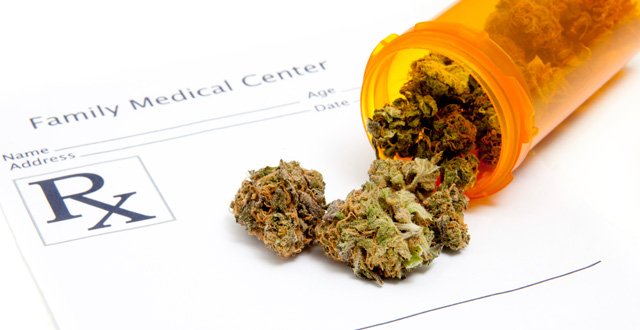 As you will no doubt be aware, patients in the UK can now access medicinal cannabis on prescription, namely cannabis, cannabis resin or cannabinol. These patients must be under the care of a consultant to get their scripts.

It’s a ‘sexy’ news story that has been latched-onto by mainstream media, and the ‘wind in the sails’ has been high-profile campaigns by parents of children with severe epilepsy unresponsive to standard treatments. Sick children and cannabis — it really doesn’t get more juicy for mainstream media outlets.

The more pragmatic among us may conclude that if there is a benefit to wellbeing, and there are little or no side-effects to contend with, then bring it on. Either way, this is a nettle we will need to grasp sooner or later.

Already, an industry is flowering (pun intended) around the supply and use of medicinal cannabis for a range of conditions apart from epilepsy, including pain caused by cancer and rheumatoid conditions, not to mention the benefits shown in multiple sclerosis. And, of course, when a patient is palliated, you might say anything that works is fair game.

There is anecdotal evidence that patients who were not able to access medical cannabis legally were turning to street dealers, which presents a range of problems in itself. There may also be patients who are not under the care of a consultant and even when it comes to those who are, consultants in the UK should prepare themselves for a deluge of patients seeking to acquire this ‘magic bullet’.

Needless to say, as it is UK legislation, medical cannabis on prescription will also now be available in the North and this may prompt a type of cross-border co-operation that we’re not used to, with patients popping across the border for their medical cannabis. But make no mistake, this issue will gain even more traction and become more prominent in Ireland in the near future. Joe Duffy springs to mind.

I would very much like to hear your opinions, anonymously or otherwise, at the email address at the bottom of the page.

A word of best wishes for one of my favourite comedians of all time, Billy Connolly, who is currently struggling with Parkinson’s disease following a diagnosis five years ago.

The ‘Big Yin’ first suspected he had the condition following a chance encounter with an eagle-eyed doctor in a hotel lobby in Australia, who was brave enough to tell Connolly that he was showing the early symptoms of Parkinson’s. Really, that takes a little guts, as you would take the chance of Connolly becoming defensive and slipping into ‘anti-heckler’ mode, verbally driving you into the ground like a tent-peg.

The 75-year-old speaks eloquently, as you would expect, about his feeling at receiving the formal diagnosis and embarked on a documentary charting his disease progression and treatment. In terms of public awareness and shedding light on the early symptoms, that’s pure gold. Incidentally, he was diagnosed with Parkinson’s in the same week as he underwent successful surgical treatment for prostate cancer.

Now he has volunteered himself to become a ‘guinea pig’ for untested stem-cell research into the condition, under the care of medical researchers at the stem cell institute in Harvard University in Massachusetts, US.

The folks in Harvard are known for being at the forefront of stem cell research into Parkinson’s and best wishes go to them and their efforts to treat and hopefully find a cure for this awful condition.

It seems appropriate to finish with a few pearls of wisdom from Connolly himself. Feel free to get in touch and contribute at the email address below.

“I used to be a folk singer, but I was… dreadful. I had a voice like a goose farting in the fog. And being a folk singer doesn’t make you attractive to women.”

“Marriage is a wonderful invention, but then again, so is a bicycle repair kit.”

“I worry about ridiculous things like, you know, how does a guy who drives a snowplough get to work in the morning? That can keep me awake for days.”

“I hate those earnest TV documentaries that are the world according to people with glasses who know better than you.”

“Scotland has the only football team in the world that does a lap of disgrace.”

“Before you judge a man, walk a mile in his shoes. After that, who cares? He’s a mile away and you’ve got his shoes.”