Shape-shifting parasites that move with the times 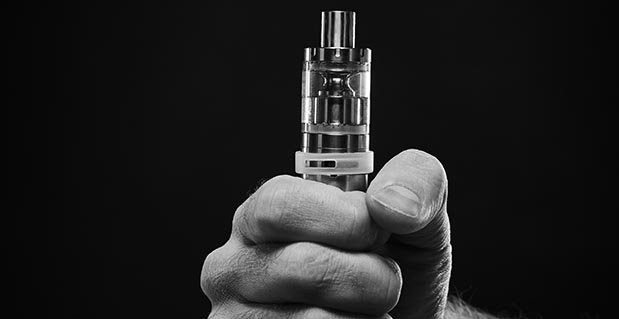 The recent controversies surrounding vaping provide an unwelcome confusion around smoking cessation efforts. Most physicians whose opinion I have asked on the usefulness of vaping take the sensible attitude of ‘anything is better than smoking tobacco’. This, I believe, emphasises the practical approach of the modern doctor who is interested in risk reduction.

However, those of us who haven’t been living in a cave will be well aware of the illnesses that have been attributed to vaping recently and in terms of the debate over the safety of vaping, the cat is well and truly among the pigeons. It will now need to be investigated whether the deaths attributed to vaping included significant comorbidities or extraordinary factors. Ironically, serious research resources will probably now be dedicated to establishing the risks or lack thereof of vaping, a move which should have taken place before the proverbial horse has bolted.

In my naivety, I had created a soft, fluffy version of the world where vaping companies were at loggerheads with the tobacco-pushers. A David to their Goliath, if you will. As time went by, my weary cynicism kicked-in and a cursory examination of who owns or has shares in vaping companies was revealing.

In late 2018, a company called Altria —
a behemoth in a world of giant tobacco conglomerates — spent $12.8 billion just to buy a minority 35 per cent share in a company called Juul, which is the dominant force in the vaping industry. That kind of money is loose change for the tobacco industry, but still, it was hard not to suppress a smile with that one, as clearly money is all that these companies and people care about. FYI, Altria is the company behind the Marlboro brand in the US.

Then there’s the VUSE vaping device, which is — or was — on sale in tens of thousands of stores in the US, and this brand is owned by Reynolds American Inc. This is a subsidiary of British American Tobacco and is the second-largest tobacco company in the US.

Then there’s Phillip Morris International, the biggest tobacco company in the US, and which owns the IQOS vaping device brand.

There are other examples, but the take-home point is that an industry that was once populated by smaller operators was infested and taken over by ‘Big Tobacco’. The recent deaths attributed to vaping are tragic, but may in fact be a cautionary tale to the millions of people who were previously vaping and unwittingly ploughing their hard-earned money into the coffers of the tobacco giants.

But Big Tobacco does not die or fade away. They simply reinvent and impose themselves on whatever market in which there seems to be a profit. Wolves in sheep’s clothing. As the investigations into the potential dangers of vaping continue, the vaping industry is no doubt taking a severe hit. Even in the past few weeks, I have seen a notable decline in the amount of young people passing me by on the street consumed in a strawberry-flavoured cloud.

I hope these people find a suitable form of nicotine replacement therapy, but in the meantime, one small consolation is that many of the world’s tobacco giants have taken a hit too. A small crumb of comfort, perhaps.

A couple of quick jokes to finish off this issue’s offering. I am always glad to receive any comments, opinions or contributions to info@mindo.ie.

I’ve heard it said that a business consultant is ‘somebody who borrows your watch to tell you the time. Then keeps the watch’. It has also been said that a management consultant is akin to someone who ‘knows 99 ways to make love, but doesn’t know any women’. And a political consultant, it is said, is someone who ‘is called in at the last moment and paid enormous amounts of money to assign the blame’. So as a nod to that profession, here are a couple of brief offerings that may resonate with those of you who run your business.

A physician, a civil engineer, and a consultant were arguing about what was the oldest profession in the world.

The physician remarked: “Well, in the Bible, it says that God created Eve from a rib taken out of Adam. This clearly required surgery, and so I can rightly claim that mine is the oldest profession in the world.”

The civil engineer interrupted, and said: “But even earlier in the book of Genesis, it states that God created the order of the heavens and the earth from out of the chaos. This was the first and certainly the most spectacular application of civil engineering. Therefore, dear doctor, you are wrong: Mine is the oldest profession in the world.”

The consultant leaned back in his chair, smiled, and then said confidently: “Ah, but who do you think created the chaos?”