Self-defence against the recurring aerial threat in our coastal communities 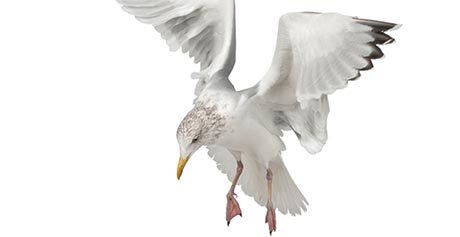 As the news ‘silly season’ draws to a close, The Dorsal View makes no apologies for milking it one last time.

As far back as 2017, those with an interest in the matter have been raising the issue of aggressive seagulls dive-bombing residents of coastal towns for their sandwiches, ice creams, chips, etc, giving new meaning to the term ‘fast-food’. Research in the early 1980s showed that there were some 40 pairs of breeding seagulls in Dublin city. That number had increased to something like 20,000 in 2017, according to Fianna Fáil Senator Lorraine Clifford-Lee at the time. But, like a certain group of individuals of whom we are all well aware, they ‘haven’t gone away, you know’. But unlike that now-dormant organisation, it would appear that in 2019, not only are the seagull numbers still increasing, they are apparently  becoming more aggressive.

According to Freedom of Information correspondence to Fingal County Council, residents of Balbriggan are highly dissatisfied with the authority’s efforts to curb the seagull population. There does seem to be a problem here — while seagulls are protected under conservation law, a derogation was issued for the Balbriggan area in 2018, allowing people to remove eggs and nests from their properties. This was in place until April of this year.

Reports abound of aggressive gulls terrifying people in coastal areas, particularly children, and there are tales of the gulls dive-bombing motorcyclists, stealing mobile phones, and even working as a ‘team’, with one gull creating a distraction while another moves in for the grub.

Now, the gulls are not without their allies. Birdwatch Ireland recently took a case to the EU, arguing that the Balbriggan derogation was inappropriate and claiming that overall, there has been a reduction in the gull population.

As an aside, I heard one anecdotal account from a colleague about seagulls who regularly landed on his roof to smash crabs on his skylight in order to make them easier to consume.

However, if you live in a coastal town such as Balbriggan, Skerries or Howth, help is at hand to protect yourself against the aerial threat. But it will take some work.

The UK’s Royal Society for the Protection of Birds advises a number of defensive steps. It states that gulls will first issue you with a verbal warning to persuade you to ‘step away from the food and nobody gets hurt’. If this doesn’t work, the gull will swoop towards you, but will not make physical contact. If you remain unmoved, the gull will swoop again, this time regurgitating food or defecating, “sometimes with great accuracy”, according to the Society. If you are still stubborn enough to hold onto your meal, the gull may then physically attack you. If this happens, “the best defence is to raise your arms to protect your head and then move away”.

The Society also advises you to “wear a hat and use an unfurled umbrella” if gulls are pestering you, and also to place your tables and chairs against a wall to reduce your vulnerability. But there’s more. Keep your food concealed and only take it out when you fancy a bite, and “don’t walk around holding your ice cream or pasty in an outstretched arm” and avoid eating food within eyeshot of a menacing gang of gulls.

I’m not making this up — the Society also suggests that you can “scan around for any gull keeping watch from a nearby post or wall” and there is also some more practical advice regarding littering and wilfully feeding the beasts.

I’m struggling to remember any other study that involved a bag of chips, but some folks at the University of Exeter in the UK did just that and discovered that if you make eye contact with a gull, it will take an average of 21 seconds longer to approach your food. Writing in Biology Letters, the researchers noted that depending on their previous experiences with humans, they may be intimidated by a dirty look. Perhaps my mother was correct — stand up to a bully and he/she will leave you alone.

But as a final thought, while the topic has been the subject of ridicule in recent years, it’s worth remembering that research shows that seagulls carry drug-resistant antimicrobials and an intrusion into that aspect of combating antimicrobial resistance is the last thing we need.

A quick joke to finish off this issue’s offering. I am always glad to receive any comments, opinions or contributions to info@mindo.ie.

A man is sitting by a fire on a beach, roasting a seagull. A warden approaches him and declares, “you can’t do that — seagulls are a protected species!” The roaster replies, “I’m terribly sorry, I didn’t know that. Anyway, there are so many of them — does it really make a difference?”

The warden softens his stance and says: “I’ll let you off this time, since you obviously didn’t know they are a protected species. Anyway, how does it taste?”

The man breaks off a crispy piece of skin, chews it, thinks for a second, and replies: “Hmmm… tastes a little bit like a Peregrine falcon.”