Read ’em and weep: News overload and ‘addiction’ may be a new public health threat 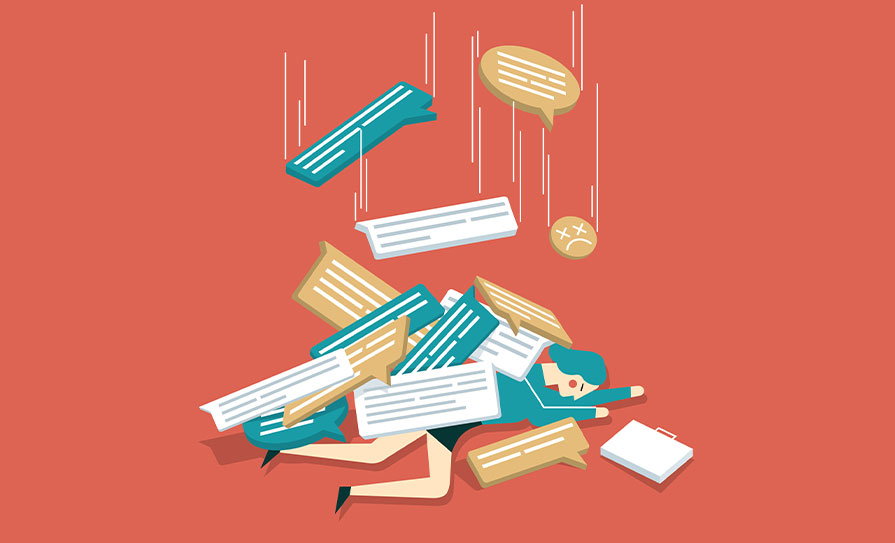 It’s now well recognised that over-consumption of social media can be detrimental to the user’s mental and emotional wellbeing. Constant comparisons of one’s self to others who post endless updates on how perfect their lives are – if taken at face value – are not helpful for the average person trying to muddle through life and lurching from one personal or professional issue to another.

During the pandemic, it was also suggested that over-consumption of the plethora of news sources that are available could also have a depressing effect of its own.

People with obsessive and/or addictive compulsions will be drawn towards anything that can become addictive, and a new study has suggested that people with an obsessive urge to constantly check the news are more likely to suffer not only from stress and anxiety – as might be expected – but also from physical ill-health.

The study, published in the peer-reviewed journal Health Communications, surveyed 1,100 US adults to seek their agreement or otherwise with statements such as, “I often do not pay attention at school or work because I am reading or watching the news”; “My mind is frequently occupied with thoughts about the news”; “I become so absorbed in the news that I forget the world around me”; and “I find it difficult to stop reading or watching the news.”

The respondents were also quizzed about how often they experienced not only ailments such as fatigue, stress, and anxiety, but also physical pain, poor concentration, and gastrointestinal problems. In short, 16.5 per cent of those surveyed displayed signs of ‘severely problematic’ news consumption. These people became so saturated in the news cycle that news stories dominated their thoughts during waking hours, leading to disrupted interactions with family and friends. The obsession also made it hard for them to focus on school or work, and resulted in restlessness and an inability to sleep.

Also, those at the higher end of the news consumption table were considerably more likely to experience mental and physical ill health than those with lower levels of consumption. This was true even when controlling for personality traits, demographics, and overall news use. In addition, 73.6 per cent of those identified as having severe levels of problematic news consumption reported experiencing mental ill-health ‘very much’ or ‘quite a bit’. In all other study participants, frequent symptoms were reported by only 8 per cent.

In terms of physical health, 61 per cent of those with severe levels of problematic news intake reported experiencing physical illness ‘quite a bit’ or ‘very much’. This compares to only 6.1 per cent for all other study respondents.

“…. Previous research has shown that individuals who became aware of and concerned about the adverse effects that their constant attention to sensationalised coverage of Covid-19 was having on their mental health reported making the conscious decision to tune out,” said Prof Bryan McLaughlin, Associate Professor of Advertising at the College of Media and Communication at Texas Tech University, US, commenting on the results in Science Daily.

“However, not only does tuning-out come at the expense of an individual’s access to important information for their health and safety, it also undermines the existence of an informed citizenry, which has implications for maintaining a healthy democracy. This is why a healthy relationship with news consumption is an ideal situation.”

This is a very modern phenomenon with a very modern aetiology. Covid-19, war in Ukraine, the cost of living crisis and quite possibly recession and monkeypox are just a couple of examples of how the public are becoming so terrified that there are now quantifiable consequences to not only their mental wellbeing, but also their physical health.

Perhaps when it comes to dramatic click-bait news, less is indeed more.