Possession and oppression: The doctor and the demons 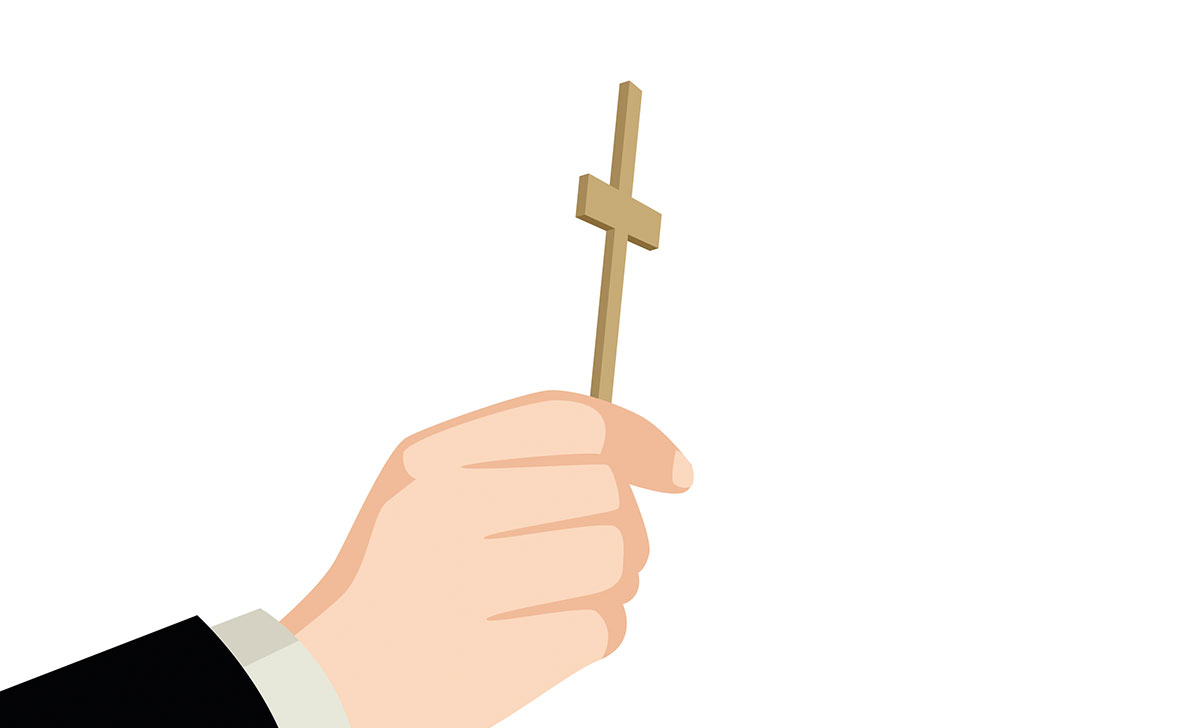 We are all familiar with the concept of a person ‘struggling with their demons’, but for one US doctor, the matter is literal. The Dorsal View‘s stated mission is to bring you news ‘from left field’, so here’s a brief look at how one clinical psychiatrist was drawn into the role of being a trusted consultant for clergy in the US who perform exorcisms.

Dr Richard Gallagher is no lightweight. He studied the classics at Princeton University in the US, before going on to study psychiatry at Yale and psychoanalysis at Columbia University. Since the 1990s, Dr Gallagher has also been an active member of the International Association of Exorcists, also serving as a scientific advisor on its governing board.

His book, Demonic Foes: My 25 Years as a Psychiatrist Investigating Possessions, Diabolic Attacks, and the Paranormal is a tour de force of how a person of science can find themselves diversifying in ways they could not possibly have imagined.

It began when a hard-nosed, no-nonsense Catholic priest sought Dr Gallagher’s opinion (which he provided free-of-charge) on whether a woman who claimed she was possessed was actually suffering with a psychological disorder. There was a bout of satanism-related hysteria in Los Angeles at the time, so Dr Gallagher approached the matter with scepticism. But in the spirit of the profession, he was happy to help by offering his clinical assessment. What he encountered then, and in the following years, changed the trajectory of his career and world view.

“My subject’s behaviour exceeded what I could explain with my training,” Dr Gallagher wrote in an article for the Washington Post in 2016. “She could tell some people their secret weaknesses, such as undue pride. She knew how individuals she’d never known had died, including my mother and her fatal case of ovarian cancer. Six people later vouched to me that, during her exorcisms, they heard her speaking multiple languages, including Latin, completely unfamiliar to her outside of her trances. This was not psychosis; it was what I can only describe as paranormal ability.”

Dr Gallagher explained that in his experience, people whose condition cannot be explained by medicine or psychiatry, and whom he believes are being influenced by demonic entities, fall broadly into two categories: Those who are ‘possessed’ and those who are ‘oppressed’. Without warning, a possessed individual will fall into a deep trance, often displaying an impossible knowledge of foreign languages, sometimes arcane and ancient ones, he says. They may also somehow have impossible strength and rarely, there will be levitation. As mentioned above, they may also have knowledge of another individual’s personal life that seems impossibly in-depth. ‘Oppression’, on the other hand, is less intense and less frequent.

“Anyone even faintly familiar with mental illnesses knows that individuals who think they are being attacked by malign spirits are generally experiencing nothing of the sort,” writes Dr Gallagher. “Practitioners see psychotic patients all the time who claim to see or hear demons; histrionic or highly suggestible individuals, such as those suffering from dissociative identity syndromes; and patients with personality disorders who are prone to misinterpret destructive feelings, in what exorcists sometimes call a ‘pseudo-possession’, via the defence mechanism of an externalising projection. But what am I supposed to make of patients who unexpectedly start speaking perfect Latin?” On a case-by-case basis, Dr Gallagher evaluates these individuals, but does not make a ‘diagnosis’ of possession; rather, he gives his clinical opinion to the attending clergy if he believes the person’s ‘symptoms’ cannot be explained via medical science.

Wherever you stand on the matter, and whatever your personal beliefs, one has to admire Dr Gallagher for his conviction to help what – one way or another – are very distressed individuals. Not to mention the fact of leaving himself open to disdain from his fellow physicians. As he puts it: “I am aware of the way many psychiatrists view this sort of work.”

“While the American Psychiatric Association has no official opinion on these affairs, the field (like society at large) is full of unpersuadable sceptics and occasionally doctrinaire materialists who are often oddly vitriolic in their opposition to all things spiritual. My job is to assist people seeking help, not to convince doctors who are not subject to persuasion.

“Yet, I’ve been pleasantly surprised by the number of psychiatrists and other mental health practitioners nowadays who are open to entertaining such hypotheses. Many believe exactly what I do, though they may be reluctant to speak out.”