Out with the old, in with the unexpected – a New Year with some ancient and strange origins 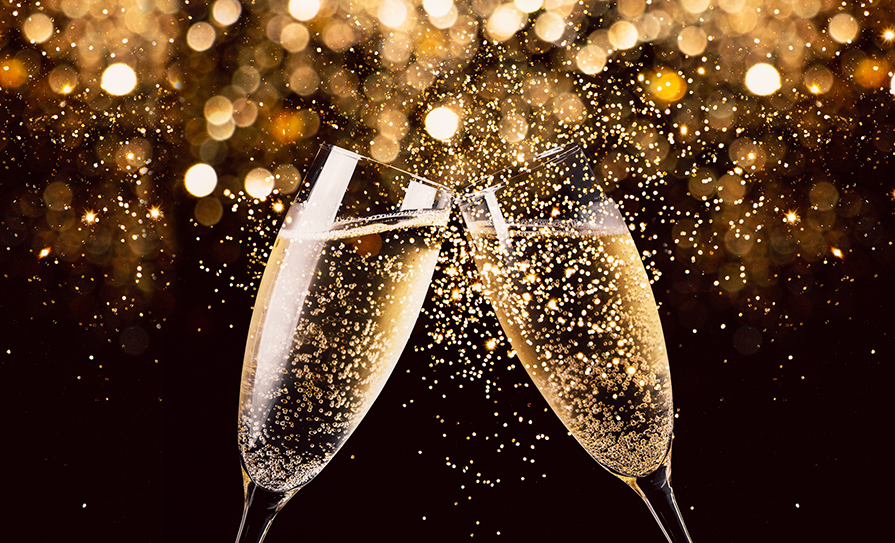 Another year, another chance to look ahead with renewed optimism. In this issue, your normally world-weary Dorsal View gives way to renewed hope and optimism. Who knows, maybe some of your patients might even stick to their New Year’s resolutions and save you a bit of time in the clinic.

Speaking of New Year’s resolutions – and you may be aware of this anecdotally – but they normally don’t get very far. Figures for Ireland are unknown, but in the US, 45 per cent of Americans actually make resolutions, and 25 per cent of those have already broken them by mid-January (with 8 per cent gone by the wayside in February). The good news is that the vast majority of these resolutions relate to improving a person’s personal health.

The tradition of celebrating New Year dates back to around 2,000 BC in ancient Mesopotamia, and in ancient Rome, New Year’s Day was celebrated on 1 March every year and coincided with the vernal equinox. Then along came the Julian calendar, and the rest is, literally, history. Incidentally, the occasion was marked by sacrifices to the Roman god Janus, whose remit was all things change and new beginnings. The New Year was marked by decorated homes and wild parties (even by the standards of ancient Rome).

Regarding traditions and superstitions, it was thought that kissing someone as the New Year dawned was an effective way to deflect bad fortune and stave-off invisible evil spirits (but not of the Covid or flu varieties). It was also common practice at one time to leave the door to your house open, to allow the old year to find its way out.

At midnight on New Year’s Eve in Japan, it is customary for Buddhist temples all over the country to ring their bells 108 times at midnight to manifest and exorcise the 108 types of human weakness, or ‘defilements’, in Buddhism. As an aside, it’s quite a voluminous list and includes – apart from the obvious ones – dogmatism, ambition, inattentiveness, and a host of other imperfections.

Love it or hate it, Auld Lang Syne remains a musical staple of the New Year. The song title translates as ‘Times Long Past’ and Robert Burns put his own twist on the tune in 1788, resulting in the version we know today. However, the song got a foothold in public consciousness when it was made famous in America by Canadian band leader Guy Lombardo in the late 1920s.

Of course, the Christmas and New Year holidays are often ‘slow news days’ for those in the newspaper business, and therefore we are all familiar with the front-page images of the ‘first baby born in the New Year’. Apart from filling a little editorial space, this is also an unintentional nod to tradition from around 600 BC in Greece, where the first baby of the new year was celebrated in homage to the god Dionysus, the god of fertility and wine, to represent the concept of rebirth. However, Dionysus also ran several other busy clinics, as he was also the considered the god of orchards and fruit, religious ecstasy, theatre, vegetation, insanity, and ‘ritual madness’.

Random fact apropos of nothing
According to the National Insurance Crime Bureau in the US, more vehicles are stolen on New Year’s Day than on any other holiday.

US emergency department doctors may wish to take note that Americans drink around 360 million glasses of sparkling wine or Champagne on New Year’s Eve and into the wee hours. Also of interest are some physics to be considered, such as the fact that a Champagne cork can fly out of the bottle at a speed of 40km per hour, so it’s best to open bottles at a 45-degree angle. The cork may fly out of the bottle faster if the Champagne is warm, and ophthalmology doctors Juan Carlos de Rivero Vaccari and Frederick Ho, writing in Florida Today, warn of the potential for serious ocular damage. They point out that the cork flies so fast because Champagne contains dissolved carbon dioxide, which produces internal pressure that pushes on the cork. As it starts moving, it transitions from static friction to kinetic friction, with a lower value, meaning the forces are no longer balanced. This is what causes the cork to accelerate and shoot out of the bottle.

As 2022 fades into the rear-view mirror, everybody here at the Medical Independent wishes you a peaceful, happy, war-free, prosperous, and healthy New Year.