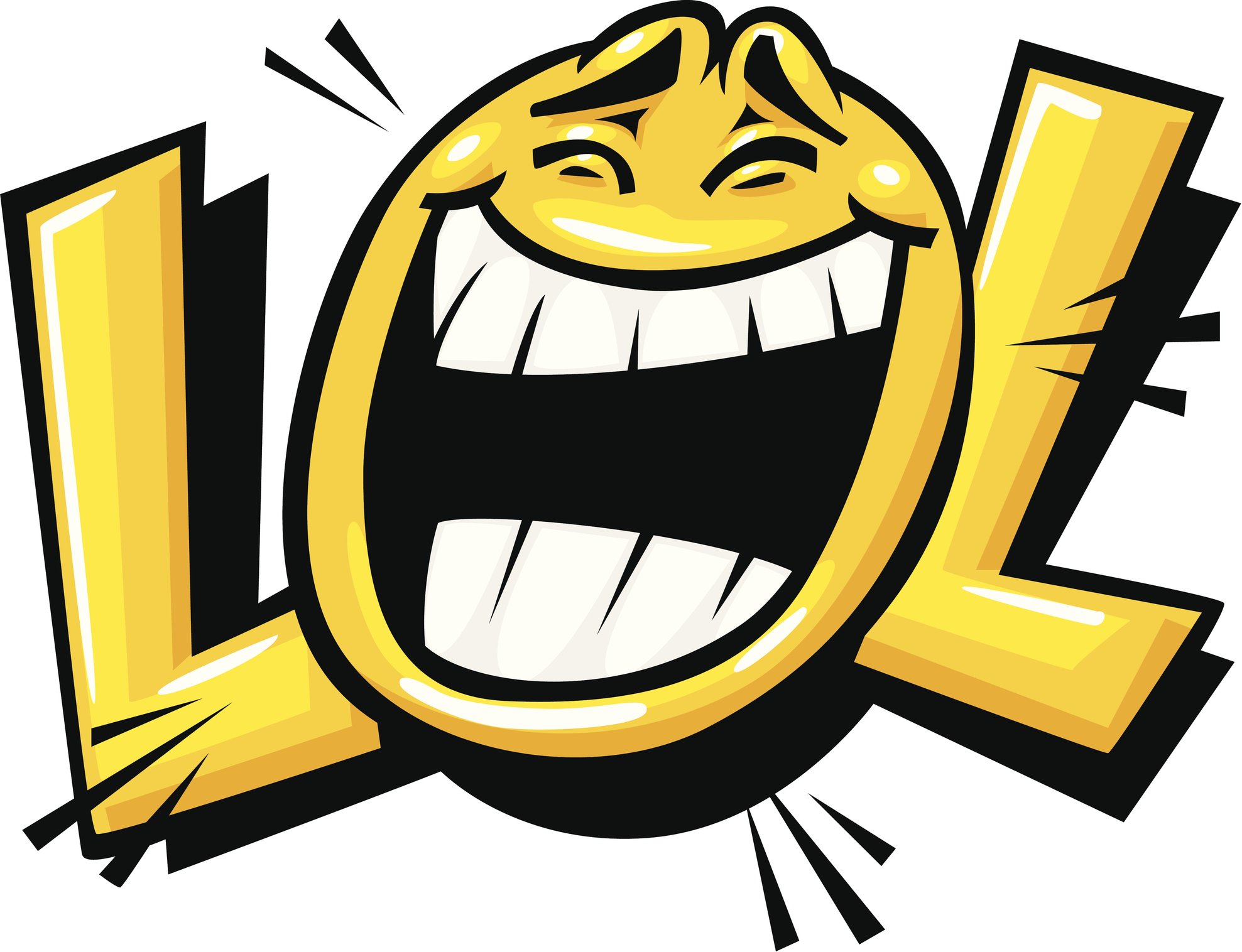 "cartoon face as the O in LOL, laugh out loud!"

We all need a laugh from time-to-time, but the ‘Laughter Epidemic’ of Tanganyika (now Tanzania) in 1962 was, you might say, beyond a joke. Still, it is one of the best-known instances of mass hysteria and an interesting medical history side-note for the medical detectives among you.

It all kicked-off on 31 January 1962 in a mission-run boarding school for girls with 159 pupils aged 12-to-18 years. Teaching staff, who were unaffected, complained that pupils were unable to concentrate on their lessons due to fits of uncontrollable laughter, which lasted in duration from a few hours for some, to 16 days for other unfortunate souls.

The school itself didn’t close until 18 March, but by that time, the epidemic had spread to the nearby village of Nshamba. During April and May of that year, some 217 people were suffering with bouts of uncontrollable laughter, with young people most commonly affected.

It then spread further to affect 48 girls in the Ramashenye girls’ middle school, at which point the Tanganyika school was identified as ‘ground zero’ and was promptly sued for allowing the spread of the ‘infection’. Side-effects of the laughing fits included fainting, flatulence, respiratory problems, rashes, crying, and screaming.

This bizarre phenomenon was studied by Dr Christian F Hempelmann (PhD) of Texas University, who postulated that the outbreak was a result of stress rather than mass euphoria. In other words, we have all laughed at an inappropriate time at some stage in our lives and Hempelmann suggests that this mass event was caused by an underlying and shared stress factor.

In other words, when a person or a group of people become extremely stressed out, the person loses power over the stress and laughter becomes a kind of ‘safety valve’-type instinctive reaction. That’s one of the theories, anyway.

“In 1962, Tanganyika had just won its independence,” Hempelmann told the Chicago Tribune. “The young people involved reported that they were feeling stressed by the higher expectations of their teachers and parents. It is a common occurrence and a costly occurrence if it happens at your workplace, because it may have to be closed down.”

To the untrained eye, laughing continuously for a couple of weeks may sound like great craic, but that would be to ignore the physiological consequences. We all have a laughter time-limit of approximately 20 seconds, after which it starts to put a strain on our bodies, not least respiratory stress. Mainstream media are replete with examples of how ‘Uncle Johnny’ died of an MI while laughing too hard at his favourite comedian.

The study of laughter has taken on a life of its own
and is now referred to as gelotology. The study of this most natural aspect of being human is focused on the benefits and has found its way into the mainstream via humour and laughter therapy, laughter meditation, and laughter yoga, for instance.

Another example of a bizarre mass behaviour phenomenon is ‘Dancing Mania’, which became quite a problem in mainland Europe between the 14th and 17th centuries, and which we will dip into in a future Dorsal View.
Medically, the case on the Tanganyika ‘Laughter Epidemic’ is officially closed, unless our learned readers would like to shed some retrospective light on it. Comments and emails are always welcome.