Lifting the lid on an issue that demands more action 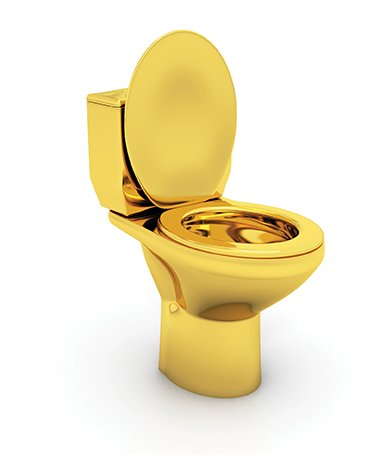 There seems to be an unlimited and ever-increasing supply of ‘days’ dedicated to a certain cause each year. The list is too exhaustive to go into in depth here, but a few examples include ‘World Braille Day’; ‘International Day of Zero Tolerance to Female Genital Mutilation’ (that one should be a permanent fixture); ‘International Day for the Right to the Truth concerning Gross Human Rights Violations and for the Dignity of Victims’ (they’ll never fit that on a banner); ‘International Day of Sport for Development and Peace’ (not sure how that one went down in Glasgow); ‘International Asteroid Day’; ‘World Migratory Bird Day’… and so it goes.

The best-known of these is probably ‘World No-Tobacco Day’ in May. While some of the titles above seem goofy, many of these days serve a purpose if the resources are applied to them in order to raise public awareness.

One of the most recent of these UN-sanctioned days was ‘World Toilet Day’ in November. Rather than highlighting the plight of plumbers the world over, the purpose of this one is to raise awareness of the global sanitation crisis and moreover, its potential to promote the spread of diseases that may some day also affect the likes of us cosseted folks in the Western world.

The issue itself is no joke. More than 4.2 billion, or half of the world’s population, live with substandard sanitation, 673 million people defecate in public and two billion people are drinking water contaminated with faeces every day. As usual, the most vulnerable are the ones most at risk. Each year, this lethal soup of circumstances causes 432,000 diarrhoeal deaths, of which 297,000 are in children aged under five years, according to the World Health Organisation. The developmental comorbidities among the children who survive are too complex and numerous to keep track of. The international cost in financial terms is in the hundreds of billions of euro.

Open defecation is of course not a new problem and efforts have been made in recent years to address the issue as an unacceptable threat to public health. India has been traditionally regarded as the area where open defecation occurs most, followed by Nigeria and Indonesia, but the Indian government has spent tens of billions on the problem in a recently-concluded campaign that included awareness initiatives and the installation of more than 90 million toilets nationwide.

This year’s World Toilet Day coincided with the start of a campaign titled ‘Clean Nigeria’, which, it is hoped, will put an end to the practice there by 2025 and hopefully address unacceptable rates of cholera, diarrhoea and dysentery. Year-on-year, the diseases resulting from open defecation kill more people in Nigeria than a different pestilence, the jihadist terrorist group Boko Haram. However, open defecation can’t compete when it comes to headlines and column inches.

There’s good news and there’s bad news. The overall rates of open defecation have halved worldwide since 2000, but 670 million people still defecate into open bodies of water, behind bushes, into street gutters, and anywhere else that serves that purpose.

One of the UN’s Sustainable Development Goals is to eradicate open defacation entirely by 2030, but figures show that only 40 out of 152 countries are on track to hit this target. And a part of the problem can also be related to political inertia, chicanery and corruption at institutional levels in many of the countries in which open defacation is not being tackled seriously enough.

This is an issue that should be tackled as aggressively as climate change. If funds are being provided to individual jurisdictions to address this issue, and the associated preventable diseases, questions should be asked at the highest levels about where the resources are going and how they are being used.

A hospital CEO is standing by the shredder one afternoon, scratching his head and looking dumbfounded at the array of buttons at his disposal. A young doctor is passing by at the end of his shift and the CEO calls him over, asking: “Listen, this is a very sensitive and important document here and my assistant has gone for the day. Can you make this thing work for me?”

“Of course,” beams the young doctor, fresh-faced and enthusiastic, as he has not yet had the optimism beaten out of him by the system. He duly turns the machine on, inserts the piece of paper, and presses the ‘start’ button.

“Great, thanks a million,” says the CEO as the document disappears into the machine. “I just need one copy… ”