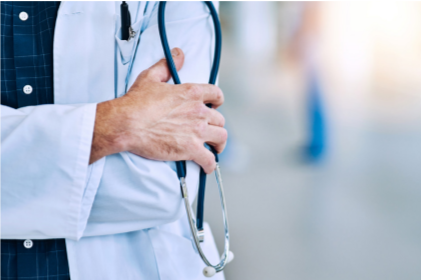 In a previous Dorsal View, we looked at studies showing how wearing a white lab coat appeared to improve the performance of participants in certain tests. Importantly, the effect was only seen when the participants were informed that they were wearing a doctor’s white coat, rather than an artist’s white coat, for example. But what of the patient – do they prefer their doctors to sport the lab coat, or to adopt a less formal approach to their attire?

This question occupied the minds of researchers in 2013, five years after the introduction of the bare-below-the-elbow policy in England. The researchers not only looked at patient preferences, but also the role of the coat in terms of infection transmission and an analysis of previous studies on the topic. Participants were recruited from the Ochsner Health System, comprising a hospital clinic, satellite clinic, and inpatient ward, with a total of 153 patients taking part. In general, and perhaps to be expected, 69.9 per cent of patients preferred their doctors to wear white coats, although the results are a little nuanced. “… A higher proportion of outpatients preferred coats (P=0.001), a trend most pronounced between hospital clinic (84 per cent) and ward inpatients (51.9 per cent),” wrote the authors.

However, the bare-below-the-elbow look was unpopular with patients, scoring lowest on the comfort and confidence scales. Even when patients were informed of the potential risks of infection with long-sleeve coats, 86.9 per
cent would still prefer their doctor to wear one. The questionnaire also included an image of a doctor in four different states of attire – a simple shirt and tie; scrubs; a white coat over scrubs; and a white coat over a shirt and tie.

On one matter, doctors and patients were in agreement: White coats are an important way to identify doctors in a busy clinical environment. In practical terms, the doctors who were surveyed preferred to wear the white coat to keep their clothes clean and carry various implements. However, the patient’s preference for what their doctor wears may have regional twists. A separate study from Australia showed a general indifference to what GPs wear, with 45 per cent of the Australian family practice patients surveyed saying they were indifferent to coats. The debate can also be broadened to consider the appropriateness of the white coat in palliative or paediatric settings, for example.

In addition, it was noted that scrubs are the expected attire in an emergency department, so some of the results were quite clinic-specific. Regarding the study in question, the authors suggest further research to include perceptions of the doctor’s bag, as well as novel solutions, such as messenger-style shoulder bags and vests made of advanced antimicrobial fabrics. In concluding, they also note the ongoing debate around the potential for white coats to spread infection.

“Our findings suggest patients prefer white coats and they contribute to greater comfort and confidence in their physicians,” the researchers wrote. “While our participants’ knowledge about coat-carried infection risk was low, information about this theoretic risk had only a minimal influence on their opinions. “The current available evidence has not conclusively linked white coats with increased infection rates; consequently, the contribution white coats make to medical practice should be taken into consideration before making uniform policy recommendations. We hope that our results can help guide the direction for future uniform policies.”

While these may seem like superficial considerations, they also referenced previous studies, which seemed to show that communication between the doctor and patient was improved when the doctor was wearing their white coat. “A patient’s first impression of a physician can instill trust by inspiring confidence and can build regard by engendering comfort,” they added. “According to our study findings, both of these traits seem to be already linked in patients’ minds with physicians who wear white coats.”

If you wish to drill a little deeper into the results, the study is titled ‘Patient preferences for doctor attire: The white coat’s place in the medical profession’, (Ochsner Jv.13(3); Fall 2013, PMC3776508). Feel free to weigh-in on the debate at the email address at the top of this page with your observations, anecdotes, and opinions.