It’s in the blood: Making strides towards an earlier diagnosis in Alzheimer’s disease 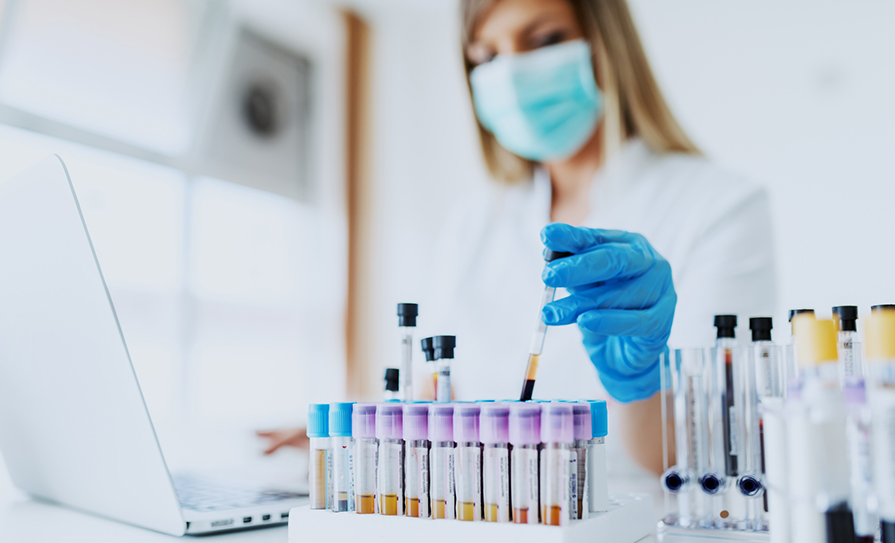 As heartbreaking illnesses go, a diagnosis of Alzheimer’s disease is one of the most distressing and emotionally difficult ones to receive. Generally speaking, Alzheimer’s is not diagnosed until the symptoms become apparent. However, researchers in the US have made something of a diagnostic breakthrough that could help to identify people at risk of Alzheimer’s years before the symptoms manifest.

A team at the University of Washington in the US have come up with what appears to be a reliable laboratory blood test that can measure the amyloid-beta oligomers that are thought to be implicated in the development of the disease.

The test – a soluble oligomer binding assay, or SOBA for short – was used on a group of 310 participants in an effort to detect oligomers in the blood of patients with Alzheimer’s disease. In the control group, most of the participants displayed no signs of cognitive impairment at the time the blood samples were taken. However, the test did find amyloid-beta oligomers in 11 people and follow-up studies showed that 10 of these people were diagnosed years later with the mild cognitive impairment or brain pathology associated with Alzheimer’s disease. In short, this was an effective early warning for the onset of Alzheimer’s.

When misfolded amyloid beta proteins start to clump into oligomers, they create a structure known as an alpha sheet, the researchers point out. These do not occur naturally and previous work has shown that alpha sheets have a tendency to bind with each other. SOBA utilises a specially designed synthetic alpha sheet that can bind to oligomers in samples of either blood or cerebrospinal fluid. The team then used conventional tests to confirm that the oligomers on the test surface were comprised of amyloid-beta proteins.

The participants had all agreed to contribute to Alzheimer’s research, and the ones in whom the disease was indicated early showed no signs of cognitive impairment at the time of the study. The test found oligomers in the blood of test subjects with mild cognitive impairment and moderate-to-severe Alzheimer’s. In 53 of the cases, the participant’s diagnosis was verified after death by autopsy. It was noted that the blood samples of 52 of these people, which had been taken years before their demise, were shown to contain toxic oligomers.

Senior author Prof Valerie Daggett, Professor of Bioengineering at the University of Washington, remarked: “What clinicians and researchers have wanted is a reliable diagnostic test for Alzheimer’s disease – and not just an assay that confirms a diagnosis of Alzheimer’s, but one that can also detect signs of the disease before cognitive impairment happens. That’s important for individuals’ health and for all the research into how toxic oligomers of amyloid-beta go on and cause the damage that they do. What we show here is that SOBA may be the basis of such a test.”

“We believe that SOBA could aid in identifying individuals at risk or incubating the disease, as well as serve as a readout of therapeutic efficacy to aid in development of early treatments for Alzheimer’s disease.”

If you would like to know more about the findings, the research was published in December 2022 in PNAS.

A hard pass
There has been some controversy in the UK due to the announcement that drivers could face a hefty fine of up to £1,000 if they perform an ‘illegal manoeuvre’ to allow an ambulance to pass.

Ridiculous as it sounds, the offences include stopping in a bus space, passing through a red light, or entering a bus lane to allow an ambulance to pass. The results are beginning to manifest and a 76-year-old pensioner, who had a clean driving licence for the past 20 years, was recently slapped with a £100 fine for letting an ambulance pass whilst driving home from his cousin’s funeral. As the ambulance stopped behind him, he inched through a red light to allow it to pass, leading to the charge.

The law may sometimes be ‘an ass’, but surely no more so than the geniuses who dreamt-up this foolishness.