‘Immolation’ and intrigue — when is it okay to remove the tinfoil hat? 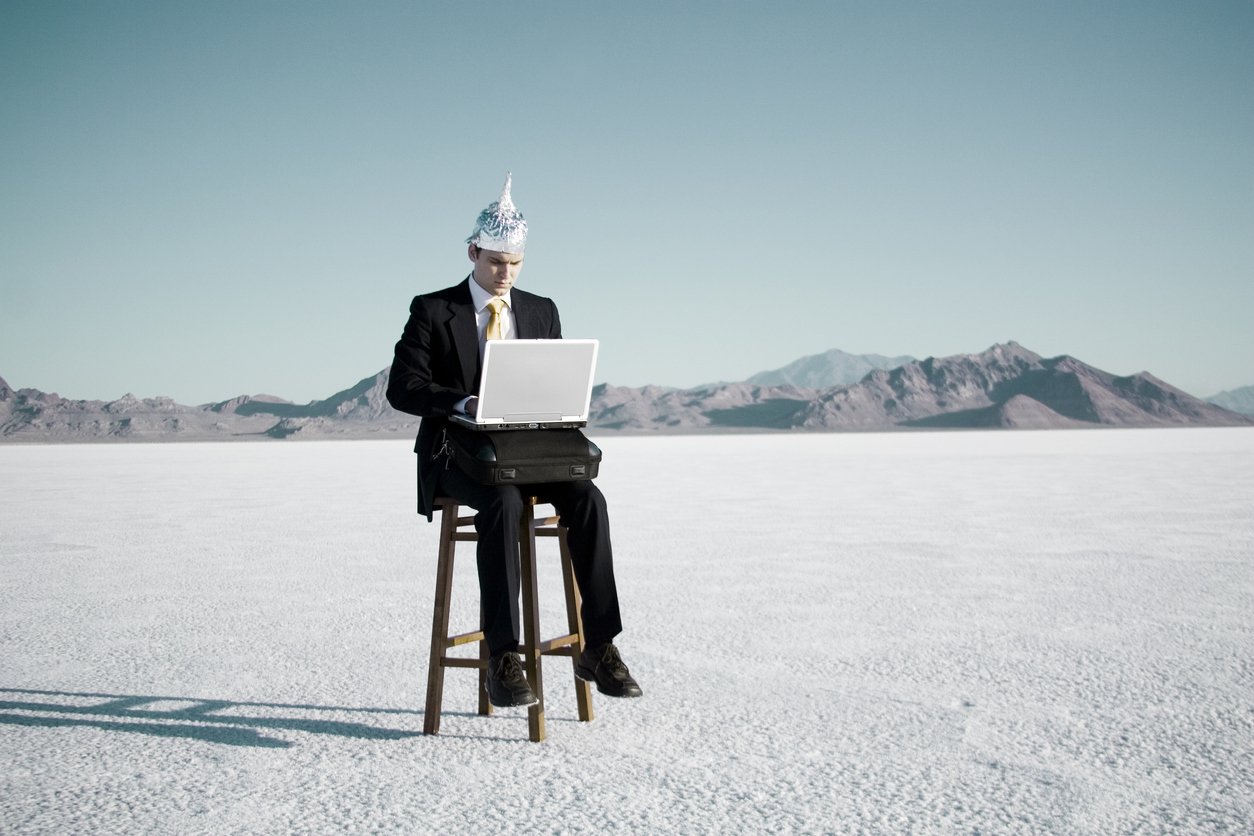 The term ‘conspiracy theorist’ is bandied about a lot these days. Like your writer, you may be old enough to remember when there was no such thing as a ‘conspiracy theory’. Or mobile phones, green and brown bins and pulled pork. Heaven knows how we survived without all of these basic necessities of life, but I guess we struggled on.

This brings me to the curious and somewhat disturbing case of Jeffrey Epstein, disgraced former ‘financier’ or ‘trust fund manager’ as he was referred to, although no-one was quite sure exactly what this guy actually did for a living.

In case you have been avoiding mainstream news, and I couldn’t blame you if you did, Epstein was a convicted paedophile who served a cushy 13-month spell in 2005 when Florida police established that 36 girls had been abused by him, some as young as 14 years old. However, as part of a ‘sweetheart deal’ he only served 13 months with ‘work release’ privileges, which basically meant he was able to sign himself in and out of jail every day and return to his mansion to do whatever he wanted to do. One law for the rich…

Epstein was again arrested in July of this year on a charge of sex trafficking in New York and Florida and it looked like this time, there would be no deals and he was looking at some serious jail time. And so begins the intrigue.

Epstein had a lot of very, very powerful friends who regularly took trips with him to a private island called Little St James in the US Virgin Islands, including Bill Clinton, who is recorded on the flight logs as having travelled to the island no less than 26 times. Incidentally, the airplane was called ‘The Lolita Express’. You really couldn’t make it up. Another heavy-hitter among Epstein’s friends is President Donald Trump. There was also Britain’s Prince Andrew, who was photographed in Epstein’s New York mansion — which sprawled over seven floors overlooking Central Park, making it one of the city’s most expensive properties — several times, even after his first conviction.

Others who took trips on the plane include ex-model Naomi Campbell, high-powered lawyer Alan Dershowitz (who represented Epstein) and actor Kevin Spacey, among a host of others. That is not to suggest that any of these people were involved in paedophilia, but perhaps Epstein’s conviction for sex trafficking children and the fact that they were stepping aboard a plane called ‘The Lolita Express’ might have raised a few red flags, one would expect.

Epstein’s brazen depravity really was astonishing and within his 40-room mansion was found a portrait of Bill Clinton wearing the infamous Monica Lewinsky blue dress, as well as, bizarrely, a life-size female mannequin hanging from a chandelier. It sounds like the stuff of nightmares — there was also “row upon row of individually-framed eyeballs”, according to a piece in Vanity Fair. Throw in a range of stuffed animals, a human-sized chessboard and a statue of dog faeces, and you get the picture.

And so to the medical intrigue. Epstein was pronounced dead in his jail cell on 10 August, with the cause of death reported as ‘suicide’. His infamous ‘black book’ of contacts is now in somebody’s custody, but the circumstances of his death should raise a few eyebrows and are not widely reported. There were rumours that he was ready to name names in order to facilitate a plea deal but three weeks prior to his plea deal, he was found unconscious in his cell with neck injuries. His cellmate was relocated and he was placed on suicide watch.

However — and I’d be delighted to hear psychiatrists’ opinions on this — he was removed from suicide watch and placed in a ‘special housing unit’ six days later. These units are specially designed so as to make suicide attempts very difficult indeed, with low ceilings and no material that could be used for a person to hang themselves, such as strong bedsheets or clothes. On 10 August, he was pronounced dead, with the verdict recorded as suicide. And this is where it gets interesting.

It was claimed by prison authorities that he killed himself by attaching something to his bed and leaning forward on his knees until he had choked himself to death, which in itself raises more questions than it answers.

Some CCTV footage outside Epstein’s cell was also ‘unusable’, according to prison officials. In addition, both of the guards who were supposed to check on him every 30 minutes apparently both spontaneously fell asleep at the same time. For three hours.

Autopsy revealed that there were several bones broken in Epstein’s neck, including the hyoid bone. It is technically possible to break this bone via hanging (assuming a person has the materials necessary to complete that task), but is more common in cases of strangulation. I would love to hear your educated opinions on whether it is possible to break such bones by leaning forward on one’s knees.

In the meantime, his alleged co-procurer of girls Gislaine Maxwell — daughter of the infamous Robert Maxwell — is ‘on the lam’ and nowhere to be found.

I do not have the column inches to go into more detail, but the information is out there if you care to do a little medical detective work yourself. But in summary, this guy had a lot of very powerful friends and the circumstances of his death are so inconsistent as to be almost absurd. This raises the question: When the circumstances of such a death are so bizarre and incongruous, when does a ‘conspiracy theory’ become a suspiciously-likely theory? At what point can we dispense with the tinfoil helmet?

Perhaps I should be careful too, as the FBI recently decreed that conspiracy theories are tantamount to ‘domestic terrorism’. It was also reported recently in a poll that only 33 per cent of Americans had confidence in the autopsy’s findings.

In an ideal world, if such a thing will ever exist, I wouldn’t mind Prof Marie Cassidy throwing an eye over that cadaver.