Giving locusts something to chew on: A hop, skip and a jump towards early cancer detection 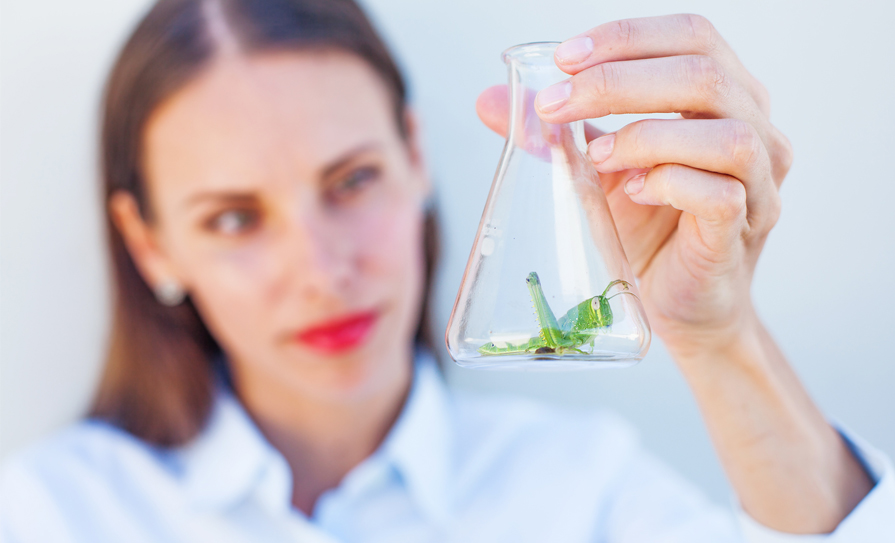 For some time now, interest has been growing around the potential for the common canine to sniff-out malignancy in the urine of patients with bladder cancer. According to the Cancer Council in the UK, the phenomenon first gained traction in 1989 when a physician reported that a woman presented with a mole, which her dog would continually sniff and try to bite. It turned out to be a malignant melanoma and the rest, as they say, is history.

Once this bizarre form of ‘cancer screening’ showed up on people’s radar, reports accumulated of dogs sniffing and nudging areas of their owner’s body that turned out to contain a malignancy.

The basic science: In the early stages of a cancer, when the cells are furiously dividing, volatile organic compounds are released. With their almost supernatural sense of smell, dogs can easily pick up on the scent of these compounds, which are released in sweat, breath, and urine.

Small-scale studies seem to suggest that dogs can be trained specifically for this purpose – small trials show our canine companions could identify the urine of patients with bladder cancer almost three times more often than would be expected by chance. In addition, two studies showed they could detect lung cancer in exhaled breath samples with very high accuracy. They could also pick up on ovarian and colorectal cancers by smelling breath samples. Ironically, this has led to some work on efforts to design screening instruments that have the same detection sensitivity as the common mutt.

And so to the less-cuddly locust, the talents of which have recently come to the attention of researchers. The folks at Michigan State University (MSU) in the US have found that locusts can also ‘smell’ cancer and have the ability to differentiate between cancer cells and healthy cells. Not only that, they seem to have the ability to differentiate between different cancer cell lines.

“Noses are still state-of-the-art,” according to Prof Debajit Saha, Assistant Professor of Biomedical Engineering at MSU. “There’s really nothing like them when it comes to gas sensing. People have been working on ‘electronic noses’ for more than 15 years, but they’re still not close to achieving what biology can do seamlessly.”

Using locusts for such a purpose is actually logical, as the researchers have been working to better understand their super-sensitive olfactory sensors and corresponding neural circuits. And, of course, using animal models in medical research is nothing new. Think mice, rats, zebrafish, bats, and so on.

In this particular endeavour, electrodes are attached to the locusts’ brains and their responses are monitored as they smell gas that contains both healthy cells and cancerous ones.

Prof Christopher Contag, Professor in the Department of Biomedical Engineering and in the Department of Microbiology and Molecular Genetics at MSU, pointed out that in previous research, cells from mouth cancers had quite distinctive appearances when examined under microscopes and optical tools. The researchers subsequently found different metabolites in different cell lines and it transpired that some of those metabolites were volatile, meaning they could become airborne, and were therefore ‘sniffed-out’.

“Early detection is so important, and we should use every possible tool to get there, whether it’s engineered or provided to us by millions of years of natural selection. If we’re successful, cancer will be a treatable disease,” commented Prof Contag.

All of this may still be in the realm of ‘pop science’, but perhaps not for too much longer – experiments are also being conducted to assess the ability of dogs to detect Covid-19 and low blood sugar levels. The endgame is to develop devices with the same sensitivity as a dog’s sense of smell although, so far, we are still way behind our canine companions in this regard. But some day, we may be able to mimic their talents to create a device that can detect early-stage cancer with the same sensitivity.

We already trust our trained dogs to sniff out drugs and explosives, and it’s clear that we still have much to learn from nature’s creatures. Even the humble locust.