Common sense in life, death and the law 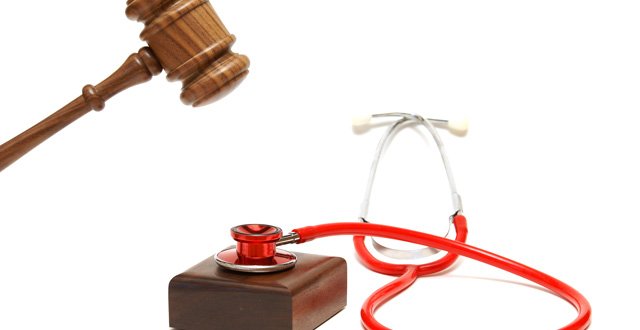 Another vexatious life-and-death issue where there are grey areas for doctors is around the question of removing life support, which is a no less emotive problem. Add in the legal profession, and this can become a professional minefield.

It was with some satisfaction, then, that I read how judges in the UK are no longer required to rule on removing life-support for a patient, if doctors and the family are in agreement. In Britain, judges will no longer need to be consulted when doctors and the family of patients in a minimally-conscious or vegetative state agree that life-support should be withdrawn. The ruling, made by the UK’s Supreme Court, will have implications for countless patients in both hospitals and nursing homes in the years ahead.

Until this ruling, families had no choice but to undergo the anguish of expensive and distressing proceedings at the UK’s Court of Protection, which hears cases relating to those who are unable to represent themselves.

The test case that set the precedent was fast-tracked through to the highest court in relation to a banker who had a myocardial infarction and was left effectively unaware of himself and his environment and was unlikely to regain consciousness. Aged 52 years at the time of the event, he was previously very active, but also worked long hours in a highly stressful environment.

Despite the case being fast-tracked, the patient died before it could be heard but Lady Black, the Supreme Court judge, decided that legal arguments should be heard anyway in order to clarify this important issue in medicine and society generally.

As a non-legal professional, the ruling appears to be an unusual example of the law making practical sense.

<p class=”Bodycopynoindent”>‘Please, sir, can we have some more?’

Following on from the story at the top of this issue’s <em>Dorsal View</em>, it would seem appropriate in the interests of balance to leave you with a few quick gags at the expense of our friends in the legal profession.

As an aside, and in case you’re interested in the origin of the term ‘wigs on the green’, it actually comes from our own little corner of the world. In 18th Century Ireland, most men wore wigs (these days, that’s mainly restricted to the White House in the US). If a difference of opinion led to fisticuffs, the fracas would be taken to the nearest patch of grass and once the fight kicked-off, the first casualty would be the wigs, which would go flying, much to the embarrassment of the combatants and amusement of onlookers. So now we know.

Your contributions and opinions, as always, are most welcome at the email address below.

A barrister awakes after surgery. Finding his doctor leaning over him, he asks: “Why are all the blinds drawn?” The doctor replies: “There’s a blazing fire across the street and we didn’t want you to think you had died.”

At the annual convention of medical researchers, one clinician asks another: “Did you know that in our lab, we have switched from rats to lawyers for our experiments?” Taken aback, her colleague replies: “Really?” Why on earth did you do that?” She explains: “Well, for three reasons — first, we found that lawyers are far more plentiful; second, the lab assistants don’t get so attached to them; and finally, there are some things even a rat won’t do.”

A highly-distressed lawyer calls his best friend, who is also a lawyer, for advice. He’s in a state of panic. “You’ve got to help me, I’m in a real spot of bother here,” he says. “I just shot my law clerk by accident — I think he’s dead. What should I do?” His friend pauses for thought and replies: “Well, first of all, you had better make sure he’s actually dead.” The caller says, “okay, give me a minute”. His friend then hears a loud gunshot and the first lawyer gets back on the phone and says, “okay, that’s done. Now what?”

A barrister dies and goes to heaven. “There must be some mistake,” she argues with Saint Peter. “I’m too young to die — I’m only 55 years old.” “Fifty-five?” says Saint Peter. “No, according to out calculations, you’re 82.” The barrister asks, “how did you get that figure?” Saint Peter answers: “We added-up your time sheets.”

How many lawyer jokes are in existence? Only three. All the rest are true stories.