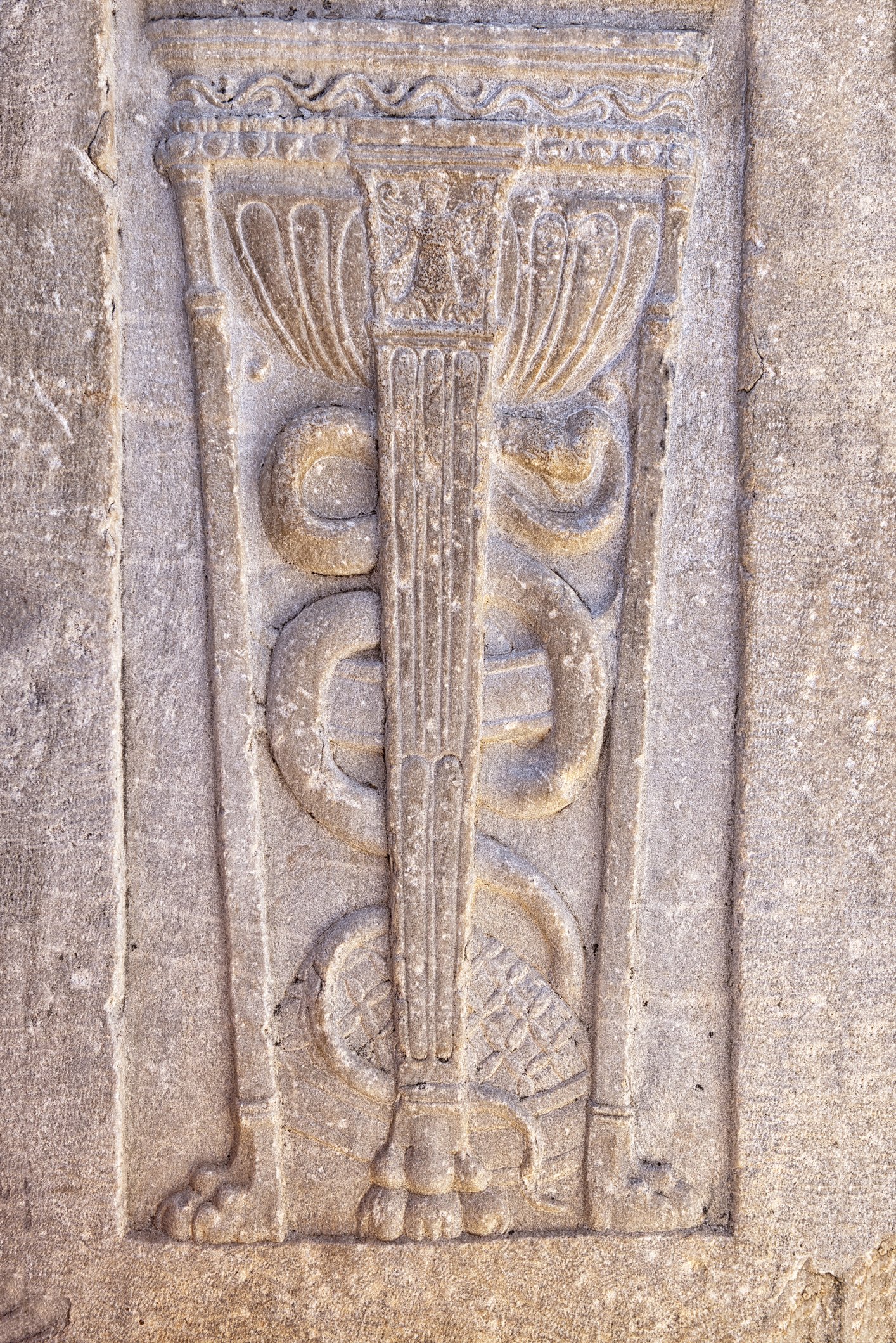 Caduceus as a symbol of medicine and pharmacology. Ephesus, Turkey.

It’s sometimes nice to take a glance over the shoulder to get some perspective on how far medical treatment has advanced, from the days of boring holes in a patient’s skull to treat psychiatric disorders or other illnesses – trepanation – to robotic surgery and advanced, targeted therapies.

Some of these practices are well known, such as trepanation, blood-letting, or using mercury as a topical ‘treatment’. But some others can slip under the radar, such as ‘wandering womb’, a medical hypothesis from ancient Greece. Since International Women’s Day and Mother’s Day are still fresh in our memories, it might be appropriate to look at a retrospective example of how illness in women was perceived in the context of ancient medical history.

In terms of ‘wandering womb’, physicians of that time were generally of the opinion that the womb was a separate, sentient entity in its own right with an inherent desire to produce offspring. The theory went that if a woman was sexually inactive for a prolonged period of time, the womb would dislodge and wander freely about the woman’s body at will. This was implicated as the potential cause of hysteria, seizures, and suffocation, among other phenomena. Even Hippocrates and Plato applied the weight of their opinion to this hypothesis.

Even then, preventive medicine was encouraged and so young women of the time were urged to marry young and have as many children as possible to prevent their womb going walkabout. If it was decided by the physician that the womb had already left home and was roaming around the body looking to cause mischief, some of the ‘treatments’ were as weird as the diagnosis itself.

As well as massages to try to move the womb back into place, women of the time could expect therapeutic infusions and baths, but also attempts to ‘fumigate’ the patient’s head with sulphur and ‘pitch’ resin, while at the same time, sweet-smelling lotions would be massaged into the woman’s inner thighs. The theory, in case you haven’t guessed already, was that the womb would be so disgusted by the bad odours from up top that it would hastily retreat back to its rightful place.

Aretaeus, a physician from Cappadocia and a contemporary of Galen, described the phenomenon thus:
“In the middle of the flanks of women lies the womb, a female viscus, closely resembling an animal; for it is moved of itself hither and thither in the flanks, also upwards in a direct line to below the cartilage of the thorax, and also obliquely to the right or to the left, either to the liver or the spleen, and it likewise is subject to prolapsus downwards, and in a word, it is altogether erratic.

It delights also in fragrant smells, and advances towards them; and it has an aversion to fetid smells, and flees from them and, on the whole, the womb is like an animal within an animal.” Oddly enough – or perhaps not – this ‘diagnosis’ and the resulting ‘therapeutic interventions’ persisted into the Byzantine and Roman eras, even though physicians of those times were aware that the womb is held in place by musculature and ligaments.
Go figure!

A silly and vaguely gynaecology-related gag to finish this issue’s offering. During these strange times, people need a laugh more than ever – in fact, many cultures have historically placed great value on the therapeutic effects of having a source of amusement. Examples include the court jester and the ‘sacred clown’, which I will elaborate on in a future issue. But for now, any contributions are gratefully received at the above email address.

A moth walks into a gynaecologist’s office in a clearly distressed state. He crumples onto the chair and proclaims breathlessly: “Doc, I feel terrible. I think my wife is cheating on me. Sometimes I come home and I feel like I see other moths flying out the backyard.” The doc scratches his chin.

“I think my boy’s on drugs,” the moth continues. “I found a lighter and some paper in his room the other day. Also, my daughter’s going through puberty and older men are starting to notice her…. I don’t think I’m ready for all that, you know? I didn’t think life would go on as long as it has, and it’s honestly been really hard, especially since my brother died.”

The gynaecologist replies: “That all sounds terrible. I’m sorry you’re having such a hard time, but first of all, you’re a man and this is a gynaecologist’s office, and secondly, it sounds like you would benefit more from a visit to a psychiatrist, psychologist or counsellor. Why did you come here, of all places?” The moth replies: “Oh, because the light was on.”