‘Brexit fatigue’… should we stop caring? 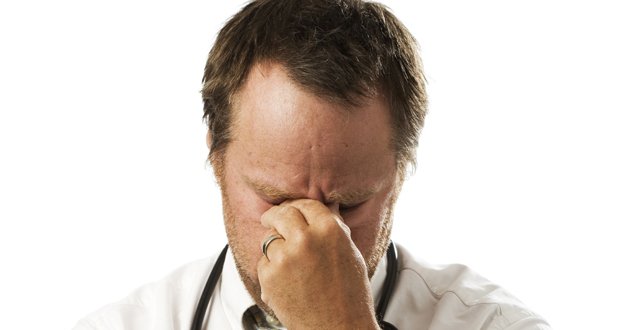 The Brexit saga seems to have dragged on longer than the endless Rolling Stones farewell tours. Every few weeks, the can is kicked down the road again in what is surely one of the most divisive issues in the history of UK politics, if not British society itself.

In Ireland, the EU continues to pat us on the head and tell us ‘don’t worry, it’ll be grand, we won’t let your bigger, stronger neighbour push you around’. Theresa May is constantly between a rock and a hard place, or in other words, the EU and the DUP. Or the Labour Party and her own Conservatives. Or the hard-line Brexiteers and those who advocate a ‘people’s vote’ (which makes one wonder who or what voted the first time around).

It’s a grim synopsis for Britain, but putting our ‘selfish hat’ on, uncertainty remains regarding how Brexit will affect the delivery of healthcare in Ireland. In this writer’s humble opinion, the most obvious and immediate threat to patient care is the prospect of medicine shortages.

A senior HSE pharmacist recently addressed the Hospital Pharmacists Association of Ireland Annual Educational Conference to reassure everyone that it’s all under control. He ran through a checklist of what healthcare professionals should be doing to prepare themselves for a bumpy landing on Brexit day, which includes carefully avoiding stockpiling medicines, and even using the word ‘stockpiling’ at all. It seems the UK media’s use of that term has caused panic buying and subsequent supply issues in the UK, so that word is now tantamount to saying ‘Beetlejuice’ — utter it three times, and it will become manifest (cultural reference there — those of you aged under 30 years, feel free to Google it).

The HSE pharmacist, no doubt with the best will in the world, reassured the conference that Ireland will be fine, as we have a different wholesaling model than the UK when it comes to medicines. In addition, a ‘shortages framework’ was launched in 2018, which we’re told has made us less vulnerable to medicines shortages than other jurisdictions. In addition, he said our wholesaling model, along with stocks of medicines already held in pharmacies, means that we will have a back-up supply of medicines to get us through six-to-12 weeks, even if the ports become clogged-up on D-Day in the event of a no-deal Brexit. All well and good then.

However, there are a few flies in the medicine supply ointment. Firstly, and most obviously, what the HSE has not successfully addressed is the already-existing medicine shortages that hospitals have to deal with every day. Those of you who work in an acute hospital will know all about this issue, and pharmacists and doctors having clinical discussions on suitable substitute medicines detracts from their time to care for patients.

The data is out there to show that a small country like Ireland is particularly vulnerable to medicine shortages. At any given time, there are between 20-to-25 medicines in short supply in Irish hospitals as it stands. Again, hospital doctors will no doubt recall many a conversation with their pharmacist about the best suitable alternative drug for a patient when a principal therapy is no longer available.

In addition, there is a looming shortage of fentanyl not too far down the road, which may affect a number of surgical procedures. And when Brexit does eventually happen, Irish drug supply routes will need to change, which will of course involve extra costs, as unlicensed medicinal products always carry a premium.

To pile on the pessimism, market-marginal medicines are being increasingly withdrawn from the Irish market on an ever-wider basis and, at this stage, we do not even know if the UK will remain in the EMA post-Brexit.

So you could forgive the elevation of eyebrows when the HSE tells us that it’ll all go swimmingly.

Then again, perhaps I’m being too gloomy and all will in fact be well, but ‘Brexit fatigue’ aside, we should retain a healthy level of concern about impacts on patient care post-Brexit. Just remember: No ‘stockpiling’!

I’m always grateful for any contributions to the email address below. I’ll leave you with a couple of irreverent and hopefully amusing quotes as a pallet-cleanser after the Brexit doom and gloom above.

“My health insurance is cheap, but there are trade-offs. When I wanted to get a colonoscopy, they sent me a chimney sweep.” Greg Tamblyn, humourist.

“Doctor to patient: ‘You’re very sick — I like that in a patient’.” PC Vey, cartoonist.

“General anaesthesia is so weird. You go to sleep in one room, then wake up four hours later in a totally different room. Just like in college.” Ross Shafer, comedian.