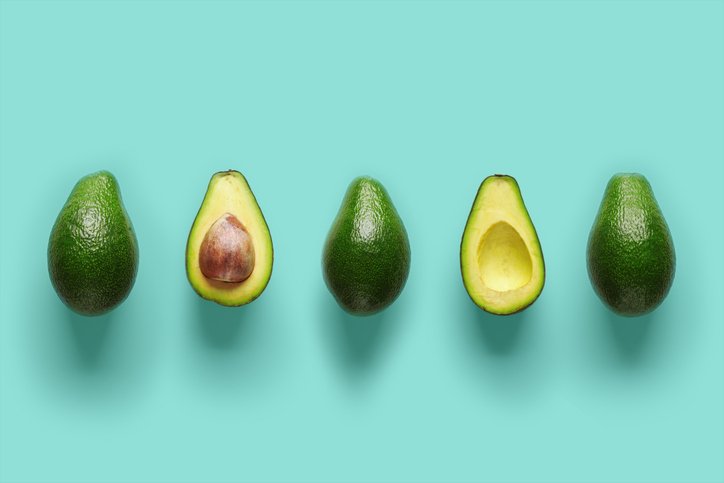 Row of fresh wholes and halves of organic avocado with kernels in center on blue backgrond. Top view. Cooking concept

When is avocado not avocado? When it’s wasabi, otherwise known as Japanese horseradish, a spicy green paste served as a condiment to sushi and which, it transpires, can induce ‘broken heart syndrome’ if taken in sufficient quantities.

BMJ Case Reports sometimes throws something quirky into the mix, as evidenced by the case of the 60-year-old woman attending a wedding in Israel who mistook wasabi for avocado and swallowed a generous helping of it. Shortly thereafter, she experienced pressure and discomfort radiating to her arms. Despite her symptoms, she elected to remain at the wedding, but the following day she experienced further discomfort, which prompted her to seek medical attention.

Luckily for her, her symptoms were not traced to myocardial infarction, but rather takotsubo cardiomyopathy, otherwise known as ‘broken heart syndrome’, according to her doctors at the Soroka University Medical Centre in Beer Sheva, Israel. This rare condition causes the left ventricle to become temporarily enlarged and weakened to the point where it does not pump properly.

The syndrome derives its name from the strange shape the ventricle assumes when it becomes enlarged, similar in appearance to a Japanese fishing device called a takotsubo, which is used to trap octopuses (pictured opposite).

The symptoms mimic a heart attack and may even appear to be so on an ECG, but the literature suggests a mortality rate of between 4 and 8 per cent. It is often triggered by severe emotional stress, but according to the Mayo Clinic it can also be brought on by physical stress resulting from surgery, or even an asthma attack, Covid-19 or, ironically, a “frightening medical diagnosis”.

Cue the ACE inhibitors and beta blockers and one month later, she seemed to have made a full recovery, according to the authors. “To the best of our knowledge, this is the first report of takotsubo cardiomyopathy triggered by wasabi consumption,” wrote the authors in their paper titled, ‘Takotsubo cardiomyopathy triggered by wasabi consumption: Can sushi break your heart?’

Feel free to contribute any anonymised strange case reports that tested your diagnostic skills, or were just plain bizarre. In these days of curtailed conferences, finding novel ways to share information or opinions is more important then ever.

There’s a nap for that

If you have childhood memories of a parent curling-up on the sofa for a daytime nap, then read on, as there may be a genetic reason you like to do the very same. A study published recently has suggested that whether or not you are partial to an afternoon nap is at least partly regulated by your genetic make-up.

In the largest study of its kind ever conducted, Massachusetts General Hospital (MGH) in the US collaborated with the University of Murcia, Spain, to look at genetic information from 452,633 people. They asked all participants whether they nap during the day ‘never/rarely,’ ‘sometimes’ or ‘usually’. They identified 123 regions in the human genome that are associated with daytime napping and for verification purposes, they replicated their findings in an analysis of the genomes of 541,333 other people.

According to the authors, there are several fairly obvious reasons why someone might be inclined towards a daytime snooze, including a disrupted night-time sleep pattern, early-morning waking, and the fact that some people just biologically need more sleep than others.

“Napping is somewhat controversial,” commented Dr Hassan Saeed Dashti (PhD) RD, of the MGH Centre for Genomic Medicine, co-lead author of the report. “This [study] tells us that daytime napping is biologically driven and not just an environmental or behavioral choice.” A number of gene variants linked to napping have already been associated with signaling by a neuropeptide called orexin, which has been shown to play a role in wakefulness.

Co-author Dr Richa Saxena (PhD), principal investigator at MGH, added: “This pathway is known to be involved in rare sleep disorders like narcolepsy, but our findings show that smaller perturbations in the pathway can explain why some people nap more than others.”

Check out the full study, ‘The science of siestas: New research reveals the genetic basis for daytime napping’ in Nature Communications for more information.