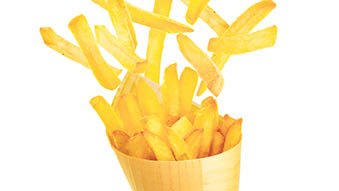 french fries spilling out a paper cone isolated on white

And so we move with cautious optimism towards an era that may not yet be described as ‘post-Covid-19’, but could perhaps more accurately be described as a ‘somewhat less Covid-19-ish halfway house’, although this is not catchy enough to make the tabloids. Nevertheless, we seem to be in a different place now and conversations are turning towards restarting the economy.

But there is still a whiff of madness about the whole situation. IKEA was one of the first retailers to reopen and on its first day back in business, there were people queuing from 5am that morning, with a seemingly endless line of furniture-deficient punters snaking its way through the car park.

At time of writing, we have just entered phase 3 of the lockdown-lifting. We’ll see how that goes — as of now, Micheal O’Leary has put 40 per cent of his fleet back in the air and Dublin Airport has shed its post-apocalyptic look and is again populated with stir-crazy travellers.

Many business owners — 99 per cent of them far more vulnerable than Mr O’Leary — are of course keen to get the economy in full swing again. Pubs are now allowed to reopen, as long as they serve what are described as ‘substantial’ meals costing at least €9. Keep an eye out for pubs selling sandwiches and a packet of peanuts for a tenner. Also, I don’t know how the social distancing measures are going to work when people have a few libations on board and how exactly the distancing measures will be policed, and by whom. Second spike, anyone?

We also learned from these past few months that society can survive without McDonald’s. It would be nice if that is remembered by people in this brave new era, but I won’t hold my breath.

Of course, every nation is desperate to kick-start their economy and Belgium is no different. Those of you familiar with that little nation will know that frites — chips, to you and me — are a beloved staple of the Belgian diet, but the purveyors of these fried treats have taken a deep-fried hit during the pandemic.

Quick digression and a fun fact: Did you know that Belgium is the world’s leading exporter of frites and other frozen potato products? One would have thought that Ireland would have a claim to that title, given our historical relationship with spuds, but Belgium processes and exports some 5.3 million tonnes of chip-related products to 160 countries worldwide every year, so that’s a significant element of its economy.

During the pandemic, demand for these products domestically nose-dived by 80 per cent and the industry is in a bit of a panic, although public health doctors and cardiologists in Belgium are probably happy with that statistic.

Not so Belgapom, the representative industry group. Its  Secretary General Romain Cools, who is also President of the World Potato Congress, spoke to Reuters recently, imploring the general public to eat more chips to get the industry off its knees. “We know Belgians like their fries, it’s intangible heritage [and] our frying culture, so we ask Belgians to consume an extra portion of fries to allow us to process more potatoes and to avoid food waste,” he said.

Mr Cools added that 750,000 tonnes of potatoes would probably not be processed because of the pandemic. These spuds were destined for food banks, to be fed to cattle, or converted into energy at biomass plants.

“We’re working with supermarkets to see whether we can launch a campaign asking Belgians to do something for the sector by eating fries — especially frozen fries — twice a week during the coronavirus crisis,” Mr Cools told CNBC. “What we are trying to do is to avoid food waste, because every lost potato is a loss.”

The world has become a strange place since the Covid-19 outbreak, not least in the area of sports. The sight of soccer teams in England and elsewhere playing matches in empty stadiums with fake crowd noises is something to behold.

Rugby fans in England are also in the news, not due to the coronavirus, but following the widespread hurt and high emotion around the world due to the killing of George Floyd in the US. Four police officers have been charged in connection with his death, so let’s hope justice takes its course.

The response of many global citizens has rightly focused on the need to eradicate racism, prejudice and inequality in all their forms.

In the meantime, statues have also toppled, an increasingly unsafe and chaotic ‘autonomous’ area was established in Seattle, and English rugby fans were told that they may no longer be permitted to sing Swing Low Sweet Chariot at matches because it may be perceived as ‘inappropriate’ and have a ‘dubious historical context’, according to the English Rugby Football Union.

Some say the song has connections with slavery, while others say it is an anthem celebrating freedom from slavery. Whatever your own view about the song, it is unclear how thousands of inebriated rugby fans may be prevented from belting it out at the next international match.

Although, as the pandemic continues apace, it is equally unclear when exactly that will be.