Above it all: Doctors in space taking telemedicine to celestial heights 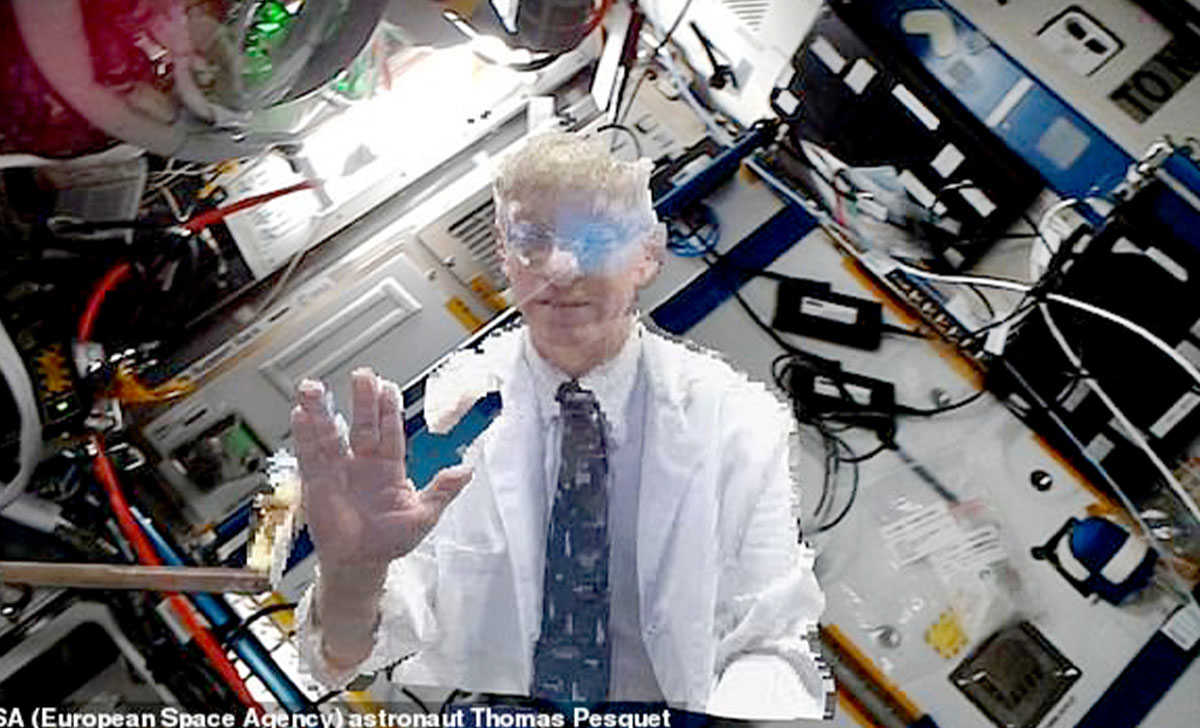 From McCoy to the creepy Dr Smith in the original Lost in Space series, the concept of doctors being able to ply their trade in the icy darkness of space has long fascinated the public.

Of course, closer to home, Prof Derek O’Keeffe (Consultant Endocrinologist at Galway University Hospitals) has featured previously in the Medical Independent for his outstanding work on sleep experiments on the International Space Station (ISS), as well as a host of other innovative projects. But for this snippet on the crossover between medicine and technology, we’ll keep it virtual.

Perhaps the pandemic gave us a glimpse of the future of (some) medical consultations. Dealing with a patient on-screen was the stuff of science fiction even only 10 or 15 years ago, but Dr Josef Schmid has taken medicine into the stratosphere with the first ever ‘holoport’ medical consultation, which was conducted on the ISS (‘holoport’ is a hybrid word to combine ‘hologram’ and ‘teleport’. Might be worth getting used to this term).

NASA flight surgeon Dr Schmid holoported into the middle of the ISS, along with the CEO of sponsor AEXA Aerospace. There – or rather, not there – Dr Schmid conducted a 3D telemedicine consultation with astronaut Thomas Pesquet. Despite the 20-minute communication delay, Dr Schmid and his team used the Microsoft HoloLens Kinect camera and a personal computer with custom AEXA software to allow the doctor to appear simultaneously in the ISS for the event.

In Dr Schmid’s own words: “Imagine you can bring the best instructor or the actual designer of a particularly complex technology right beside you wherever you might be working on it. Furthermore, we will combine augmented reality with haptics [the science and technology of transmitting and understanding information through touch]. You can work on the device together, much like two of the best surgeons working during an operation. This would put everyone at rest knowing the best team is working together on a critical piece of hardware.”

Many of our everyday technological miracles were pioneered in space and the applications of this innovation will be relevant for remote medical consultations in hostile environments, such as conflict zones, oil rigs, and Arctic zones, for example.

Dr Schmid continued in his statement: “This is a completely new manner of human communication across vast distances. Furthermore, it is a brand new way of human exploration, where our human entity is able to travel off the planet. Our physical body is not there, but our human entity absolutely is there. It doesn’t matter that the space station is travelling 17,500mph and in constant motion in orbit 250 miles above Earth; the astronaut can come back three minutes or three weeks later and with the system running, we will be there in that spot, live on the space station.”

It takes long enough to get an ambulance to an emergency department at the best of times, so hopefully the consultation up there went off without a hitch.

A couple of quotes on space and the future that might provoke some thought to finish off this issue’s offering.

“It is a very sobering feeling to be up in space and realise that one’s safety factor was determined by the lowest bidder on a government contract.” Alan Shepard, US astronaut.

“It’s a fixer-upper of a planet, but we could make it work.” Elon Musk in reference to Mars.

“Anyone who sits on top of the largest hydrogen-oxygen fuelled system in the world, knowing they’re going to light the bottom, and doesn’t get a little worried, does not fully understand the situation.” John W Young, US astronaut.

“I’m sure the universe is full of intelligent life. It’s just been too intelligent to come here.” Arthur C Clarke.