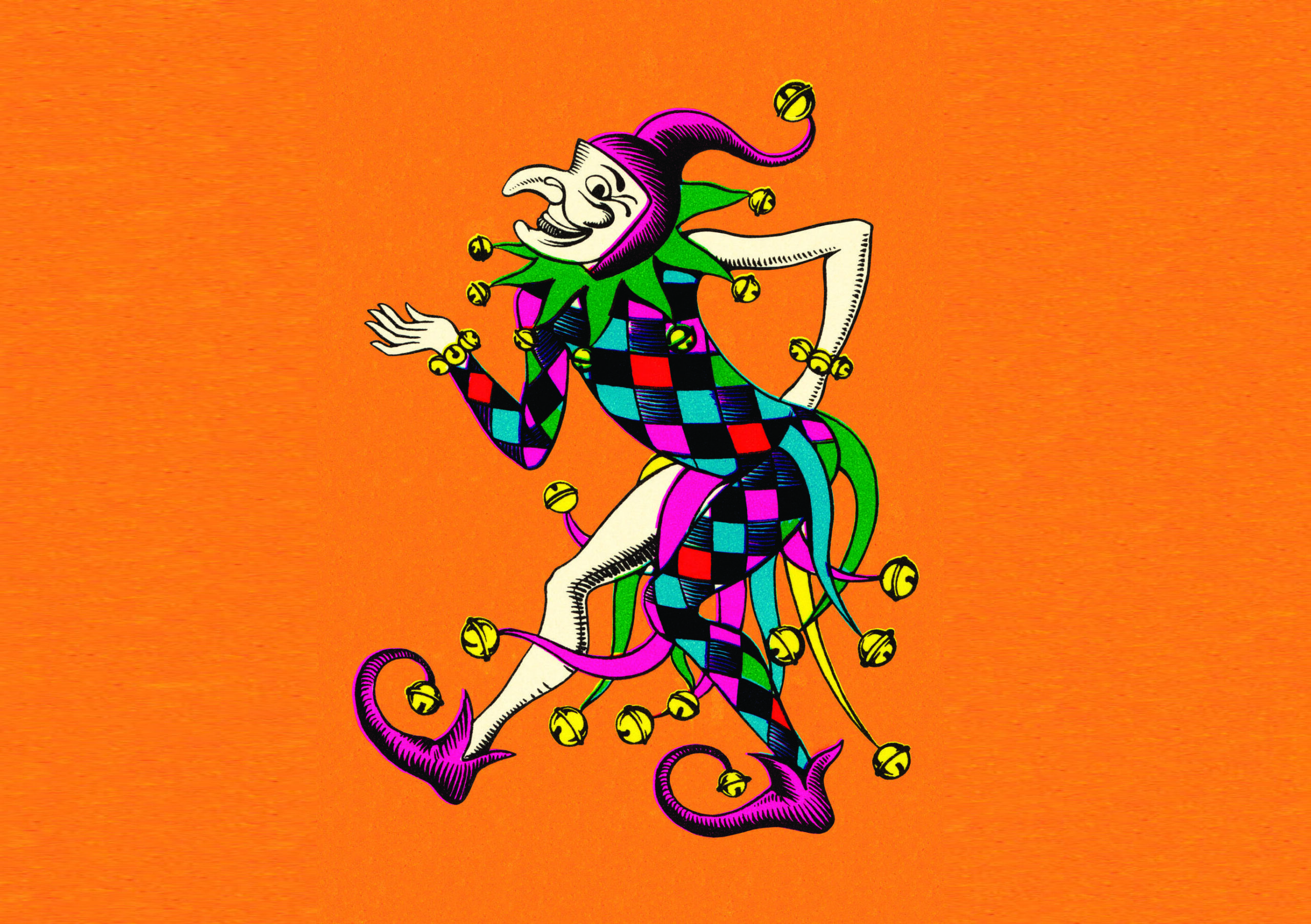 It really is a tired old cliché that ‘laughter is the best medicine’, but it also contains a grain of truth. Laughter has long been used, wittingly or otherwise, to break the tension in a stressful situation. I’m sure you too have known someone who instinctively cracks a joke in the middle of a few tense moments in an emergency department or a res room full of stressed and exhausted people. We need laughter as a form of physical and psychological therapy and history shows that this generation is not the first to recognise that fact.

For example, tribes of the Native American Sioux people contained a heyoka, a clownish satirist and jester whose purpose was to speak and move in the opposite manner to those around him, thus employing one of the oldest and most effective tools of comedy – dismantling pomposity. The Pueblo people of the ancient Americas, in fact, had five different types of ‘sacred clowns’, each with their own niche, who would perform during the spring and summer fertility rites.

Perhaps the best known of the historical clown figures is the court jester, otherwise known as the ‘fool’. They were not just busy in the courts of royalty or noblemen, but also worked the crowd at fairs and town markets. These were the kind of satirists of their time; they are traditionally portrayed as wielding a lute, but apart from their musical abilities, jesters also told jokes and stories, performed acrobatics, juggled, and mimicked the demeanour of certain people (although these would have been carefully chosen for reasons of the jesters’ own health and safety).

Whilst we predominantly think of court jesters as being British, many other countries, such as Poland, Germany, Japan, and the Papal Court in Rome all had their equivalents. In Spain, dwarfs, often with physical deformities, were employed to entertain children in particular. The last court jester known to be appointed was in Tonga, where Taufa’ahau Tupou IV, the King of Tonga, appointed JD Bogdanoff to the ‘job’ in 1999.

Even now, there’s at least one ‘class clown’ in each educational setting, so there must be some part of
us that instinctively likes to have these people around, possibly because on some subconscious level we know we need them. Even some from the noble profession of medicine have jumped ship to become comedians. Among the most notable is Harry Hill, British stand-up comedian, writer and television presenter, whose alma mater is St George’s Hospital Medical School in London.

Other well-known docs-turned-funnymen are Graham Chapman, one of the six core members of Monty Python, who graduated from Emmanuel College, Cambridge, and St Bartholomew’s Hospital Medical College. In spite of his initial success with At Last the 1948 Show alongside John Cleese, Chapman was conflicted about abandoning a medical career. In between series one and two, he went back to college, finished his degree, and registered as a doctor.

Graham Garden, of The Goodies fame, also abandoned medicine for mirth, having qualified from King’s College London. Unlike Chapman, Garden was less reticent about his choice. When he was once asked if his conscience bothered him with regard to abandoning the healing profession, he said: “I don’t think I would have done it as well. It’s an interesting question – whether you’ve contributed more to the vast store of human enjoyment by doing comedy or by being a doctor, but the answer for me is that I don’t think I would have been as successful or as happy being a doctor.”

So, consider dusting-off your DVD collection and revisiting your favourite comedy movie or series. In the times in which we live, it’s good to remind ourselves of the importance of old-fashioned non-prescription laughter. Above all else, it can do no harm.