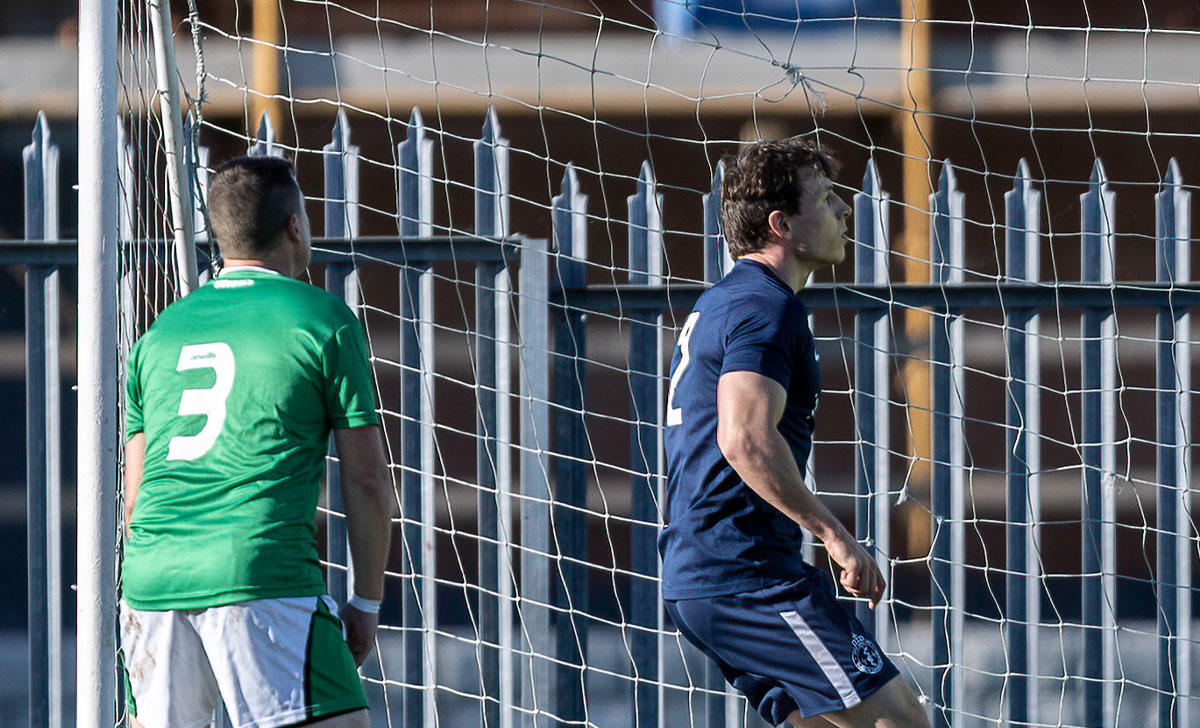 Although the days have been short, the floodlit all-weather facilities in Crumlin have allowed the doctors to plan for the remainder of the 2022 season. With only 10 league games played, the spring and summer months look set to provide a packed fixture list.

High-flying Killester Donnycarney FC were to be DHFC’s first opponents on the return to league commitments, more than three months since their last league game. That gap had been filled with two promising cup runs (LFA and FAI Junior cups), both of which ended with heartbreak in the third round.

At the end of 2021, Killester Donnycarney sat in fourth place in the division and are hopeful for promotion, whilst the doctors resided in seventh, one place above the drop zone, with four games in hand and eight points separating the two sides. The nature of football during a pandemic has led to major discrepancies in the number of games played between teams this season. Needless to say, there is little value in reading into the league table at this point in time. Aside from runaway league leaders, Skerries Town, anything could happen for those sides below the top spot.

DHFC indeed have been shrewd operators during the winter break, tapping into the supply of young talent at UCD and Trinity medical schools. A pre-Christmas open day has seen the emergence of no less than 10 new student additions to the squad. Ball-playing centre-half John Morrison (Trinity), and stylish full-back Eoghan Daly (UCD), will provide balance, composure, and much needed youth to the hospitals backline.

It wasn’t all young guns during the winter break. December saw the introduction of the DHFC Christmas Classic. The inaugural event brought together 22 players, including those from the past, present, and future. It ended in an enthralling 5-3 scoreline, with Brian Gaffney netting a hat-trick for the winning side. In truth, the score mattered much less than the connection forged between players old and new. Club legends Gareth Cosgrove (46 appearances, 18 goals) and Robbie Kernan (151 appearances, 25 goals) were both impressed by the current crop of talent during their outing. Both men represented the club with distinction over the years and showed that class is permanent over the 90 minutes. No doubt new club members will look to Cosgrove and Kernan as proprietors for commitment, hard work, and enthusiasm, values that are right at the core of this club.

DHFC will be rejuvenated in the upcoming spring fixtures. Results prior to the Christmas break had taken a turn for the worse, at least in part thanks to a number of injuries to key players. To give but one example, first choice goalkeeper Paul Schütze suffered a broken hand at an away game in Wicklow in November, during a heroic performance in the presence of some extremely loose officiating on the day. A slew of away fixtures coinciding with various player absences through injury, work, and general life commitments, saw DHFC grateful for the break. The injury list is now as short as it has ever been and with a mini pre-season under the belt, things are looking promising.

With plenty of league action ahead as well as two domestic cups, there is cause for excitement on the Leinster Senior League front. Matters further afield include plans for the return of the Irish Hospitals’ Cup, which has been on a two-year hiatus. A timeline has yet to be confirmed; however, there is hope that a 2022 event could take place in some form. In addition to that, and further afield again, is the Medical World Cup. Mexico is now a distant memory confined to the history books and hopeful plans for the annual showpiece to take place in Buenos Aires had been scuppered two years ago. However, there are whispers of a 2023 event in the making. For now, we look forward to a return to the Leinster Senior League and the possibilities that lie ahead.

PS. Dublin Hospitals FC would like to thank our kind sponsors Medisec Ireland for continuing to support the club for the past year. You can keep up to date with all things DHFC at www.dublinhospitalsfc.com