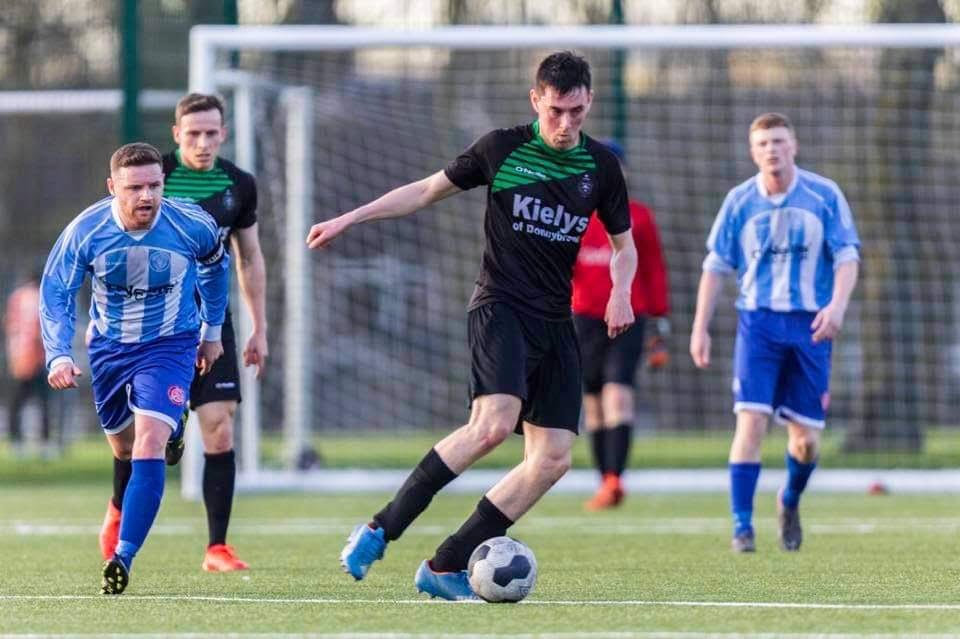 As the new league season gets underway, we talk to Luke Harrington about his playing career to date

St Vincent’s University Hospital FC has evolved into Dublin Hospitals FC (DHFC), the new face of hospital football in Dublin. With the kick-off of the new season imminent, Tallaght University Hospital SHO, Luke Harrington, takes us through his playing career with the club. Luke last represented St Vincent’s in the title winning season of 2018 and has recently come back to the Dublin area. Hopefully his return will coincide with a return of silverware to the club.

Luke, how did you get involved with St Vincent’s FC?

First off, delighted to be given the opportunity to relive some treasured memories throughout the years on behalf of the club. I had first heard of the club through a classmate Luke Sheeran-Purcell who had started to play for the team during premed in college and coaxed me into signing up. It was an easy sell really, a relaxed environment to play football in and meet a variety of healthcare colleagues with a similar passion for football.

Tell us a bit about your football background before you came into medicine.

Well prior to college, I hadn’t played football in about 10 years since leaving Hull as an 11 year old. Growing up in rural Co Louth ensured that GAA was my main focus throughout secondary school. So when I heard about the team from Luke Sheeran-Purcell, I was only delighted to attempt to rediscover my first touch, (still working on that) and dust off the old Hull City jerseys. Needless to say, my classmates and teammates are sick of the sight of the black and amber stripes at this stage.

What is your most memorable St Vincent’s moment?

Well I don’t think I’ve scored enough goals for this to be a personal memorable moment unfortunately! Although I really would love to throw Fionn Nally under the bus here and reference any of his innumerable disgraceful antics on and off the pitch, (I would need an entire separate article for that) it would have to be beating Galty Celtic away from home towards the end of our Leinster Senior League winning campaign in 2017/2018.

The victory all but confirmed us as league winners and was the culmination of so many years of hard work by so many special people involved with the running and organisation of the club. Although the game resulted in an ACL injury for myself, it was incredibly satisfying to hobble off the pitch knowing we were all but assured of an inaugural title. The injury did also ruin the potential opportunity to represent Ireland in the Medical World Cup alongside my Dad, but hopefully that chance will come again. To this day, he still uses the phrase “I represented Ireland in football” at the dinner table!

Who has been the most influential person for you at the club?

Personally, I’m not sure I’m able to narrow this down to a single person. It takes a hell of a lot of effort and people’s limited free time to keep this club on the road, things which most of us in the medical world do not have. I’d like to take this chance to thank John Seery, Ronan McDermott, and Sean Keane, for all their help and encouragement during
my early years with the club. Their continued efforts over many years helped the club go from strength to strength and hopefully that will continue under the new guise of Dublin Hospitals FC under the leadership of Rory Durand and John Cosgrove.

What advice would you give to a medical student, at the start of their journey, who has previously been involved in competitive sports?

I would say that it’s very easy to glide through college and not immerse yourself into getting involved with a sports team/society, especially in a course as busy as medicine. If you do have an interest in football/rugby, I would highly recommend getting involved with one of the hospital teams. It’s a very relaxed atmosphere and provides great opportunities to get to know your future peers, which will only help you as your career progresses. Your teammates sort of become (very) informal career mentors for you and that does become invaluable as you rise through the ranks. I even remember a practice surgical OSCE tutorial being arranged for us students by Ronan McDermott, which was hugely beneficial at the time and helped ease any pre-exam nerves. I’m sure Ronan got a good laugh out of how bad we were at the time as well!

Can you name your all-time best St Vincent’s five-a-side team?

I feel like I am only going to run into trouble by leaving out some names here and could certainly be accused of ‘recent bias’! Primarily based on the fact that he was able to get me to play a game after a 24-hour shift at work, I am going to pick Sean Keane as goalkeeper, just edging out Ronan McDermott. That level of guilt-trip motivation could only inspire us on and indeed Sean was one of the main reasons we won the league back in 2018.

I find it hard to think about the club without Andy Delaney springing to mind. No starting team would ever feel right without his name in it, providing both the tenacity and a calm head at the back to get us out of trouble. Having had to run after Aidan McGrath and John Cosgrove enough in training and often wonder why I am on the same pitch as them, it would be impossible to leave out either of them. Both are phenomenally pacy and skillful. It was a pleasure to watch them make fools of opponents regularly.

Up top, unfortunately, I will probably have to go with Fionn Nally. On his day, he has the potential to tear defences to shreds with his trickery, despite the presence of the occasional pink headband making him a target for both opponents and teammates. Just missing out on selections would be Peter Kelly, Gavin Kane, and Darren McMahon.

PS. Thanks to a lot of hard work off the pitch and behind the scenes, a return to competitive action is in sight for DHFC. We at DHFC would like to thank our sponsors, Medisec Ireland for the tremendous support through this difficult year. Thanks to the Medical Independent for their excellent coverage of DHFC activities, which will continue in the 2021-2022 season. We look forward to a new season with new opportunities and we welcome any prospective players to contact us at management@dublinhospitalsfc.com