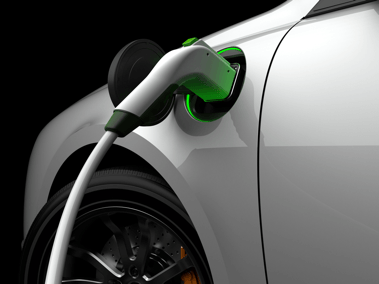 Conflicting and confusing information on the latest generation of battery electric vehicles has created a ‘knowledge gap’ for potential buyers, holding them back from choosing an electronic vehicle (EV) as their next purchase, a new White Paper from the UK’s new car buying platform What Car? has found.

This is despite 2019 being set to become the year of the electric vehicle, with up to 20 new models scheduled to be launched. Meanwhile, whatcar.com traffic data suggests public interest in EVs is at record levels. In a study of over 9,000 motorists, What Car? found 8.4 per cent are already considering a fully electric car as their next vehicle.

The ‘WhatCar? What Fuel?’ comparison tool, with 80,000 users, also found EVs are already an optimal choice for one-in-10 drivers. In comparison, the UK market share of fully-electric vehicles was only 0.7 per cent in 2018, meaning electric vehicle sales are achieving just 7 per cent of their sales potential.

Over a period of three months, What Car? surveyed how 9,000 consumers rated their understanding of electric vehicles as they researched the technology. Buyers rated their initial knowledge at an average of 2.7 out of five during the first 10 days, rising to 3.4 after 10 days of research. However, after a month of research, understanding fell to 3.3, suggesting some respondents came across confusing or conflicting information. After three months, the average understanding peaked at 3.8.

By comparison, What Car? found buyers rated their initial understanding of both petrol and diesel cars at 3.8 — meaning it takes three months of research for potential EV buyers to close the knowledge gap they have on EVs in comparison to petrol and diesel vehicles.

What Car?’s research also found that EV costs, not range, are the biggest barrier for buyers. Mr Steve Huntingford, Editor of What Car?, explained: “Of the 9,000 drivers surveyed, over 40 per cent told us the price premium electric vehicles continue to command over petrol and diesel cars is too much for them to make the switch. However, when given time to research the potential cost savings of owning and running an electric vehicle, the response rate fell to 35.6 per cent.”

Range was the second-largest concern for buyers, with 28 per cent put-off by the reduced flexibility compared to petrol and diesel, even though 10 per cent would be able to drive an EV without making changes to their lifestyle. A further 15 per cent said they were concerned about charging opportunities and infrastructure, while 16 per cent wished for a larger selection of electric vehicles to choose from before buying one.

Mr Huntingford added: “Our research has shown there exists a gap when it comes to the public’s understanding of electric vehicle technology and their features — and this is holding back some from actually buying one. It’s understandable that it takes buyers three months of research to be as comfortable with electric vehicles as they are at the beginning of their research on petrol and diesel vehicles because the technology is new — but it is clear that the industry and legislators must start making it easier for would-be buyers.

“This year is set to be the year of the electric car, but it is clear the technology will not reach its full potential until more comprehensive and up-to-date information is more widespread.”