Plug in perks from Ford’s Kuga 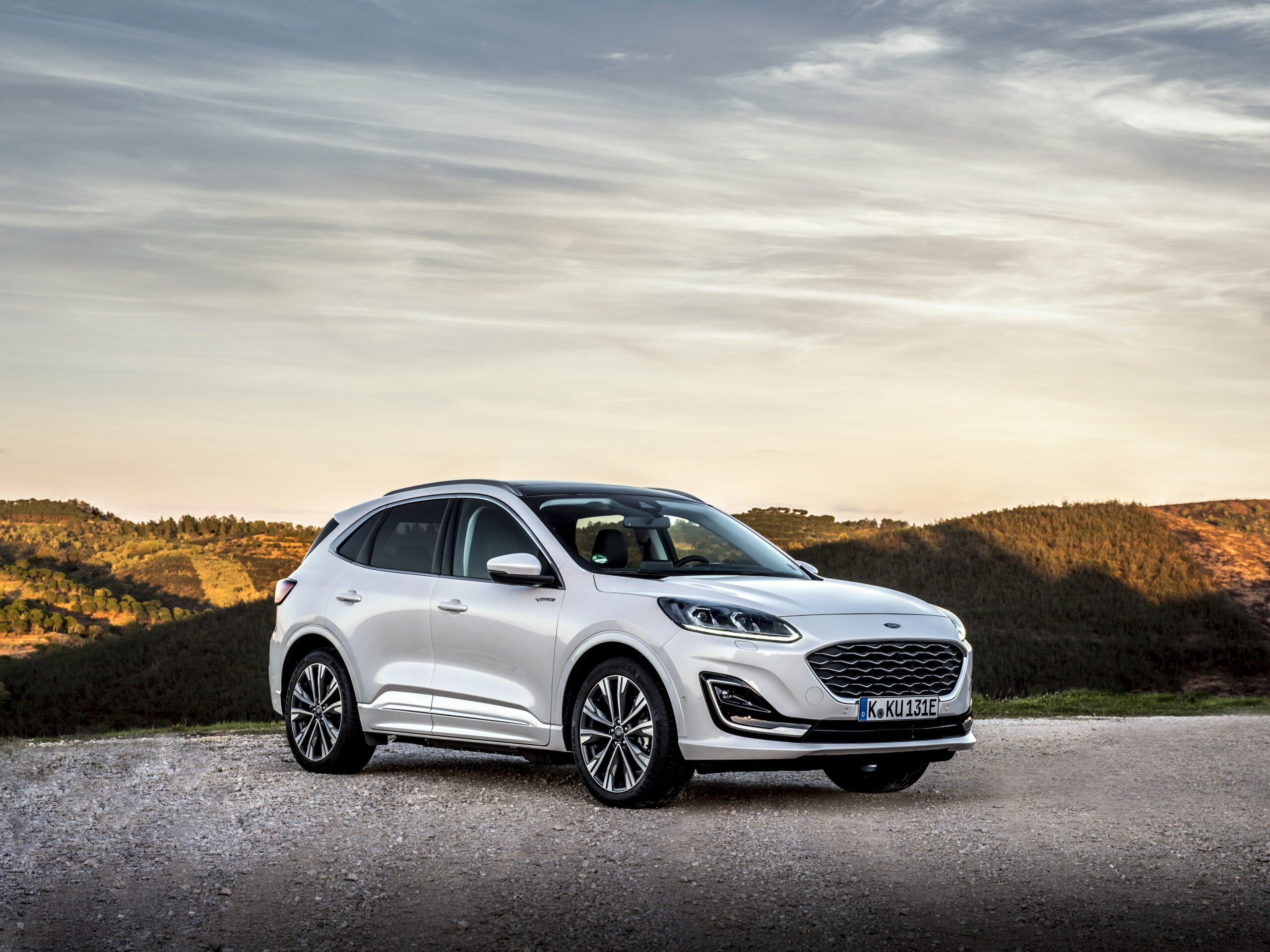 I had the pleasure of taking Ford’s new plug-in-hybrid Kuga for a week, earlier in the year, to gain
some hands-on experience with this serious contender in the plug-in crossover SUV space. It came
as a surprise to me, but the Kuga is Ford’s best-selling SUV in Europe and the number three best-selling Ford vehicle in the region after the Fiesta and Focus, with 161,400 Kugas sold in 2019.

The model I tested was the Ford Kuga ST-Line X, which boasts a 2.5 litre, plug-in-hybrid motor, creating 225hp
and Band A1 emissions of 32g/km. According to Ford, the Kuga will get 56km on electric power alone
before the engine gets involved. The engine unit in this Kuga is quite interesting, as it utilises an Atkinson-cycle system, which preferences efficiency over power. The Atkinson-cycle system suffers from reduced low sped output; however, this is perfect when married to a hybrid system that can use the electric motors to pick up the slack in this department.

The Kuga’s battery can be charged using a front fender-mounted charging port, while it’s also topped up through the vehicle’s regenerative charging technology that captures kinetic energy normally lost during braking. When you’re driving the Kuga, you can choose when and how to use the battery power, through the EV Auto, EV Now, EV
Later, and EV Charge modes. When the battery gets to its lowest state-of-charge, the Kuga will automatically revert to EV Auto mode, which adds some petrol engine power with electric motor assistance using recaptured energy for optimised fuel efficiency.

To fully charge the battery from an external 230-volt electricity, supply will take less than six hours. This new Kuga has had some design upgrades and has been put on a diet, weighing up to 80kg less than the outgoing models. The ST-Line model I tested had a sportier look, with Ford performance bumpers, side-skirts, grille and rear diffuser, as well as a large rear spoiler, standard 18-inch wheels, and twin sports exhausts.

Inside the Ford Kuga, there were ST-Line seats with contrasting red stitching, alloy pedals, a flat-bottomed steering wheel, and STLine floor mats. According to Amko Leenarts, Director of Design for Ford of Europe: “Kuga customers expressed that they were ready for even more emotional design, and our all-new Kuga is a sculpture skilfully articulated. Visually sleeker, lower and wider – it makes you feel excited just by looking at it.”

In the cabin, there is a handy wireless charging pad and Ford’s Apple and Android compatible eight-inch infotainment system. Then, wrapped around the cabin is Ford’s tremendous Bang and Olufsen sound system, which produced what felt like a cinema-quality audio experience. There are also some great driver aids, such as the new speed sign recognition, stop and go, and lane centring technologies to help drivers negotiate stop-start and highway traffic.

There are also the some very cool predictive curve and sign-based lights to help drivers see more clearly in the dark while the active park assist enables fully automated parking manoeuvres at the push of a button The Ford Kuga is relatively well priced, with a base model costing around €35,056. My test car, the Kuga ST-Line X PHEV, starts at €44,863, but mine came with some optional extras, which pushed the price up to €49,392. It’s definitely worth a look if you’re in the market for a family-friendly PHEV crossover.