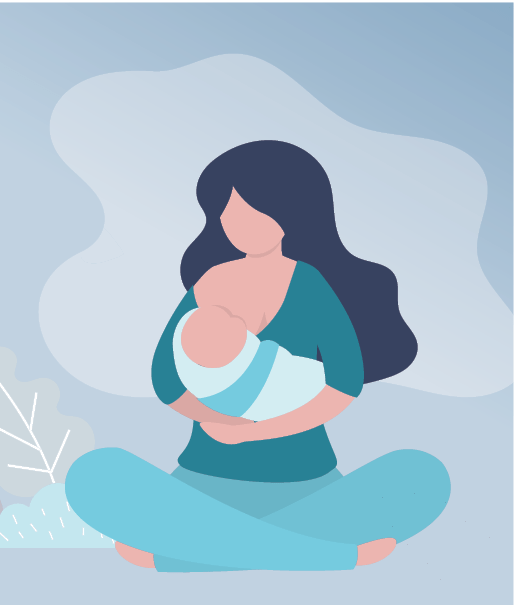 White Blood: A History of Human Milk is an extraordinary, semi-autobiographical, scientific and historical dissertation by Lawrence Weaver. Weaver is a paediatric gastroenterologist, nutritional scientist and an historical scholar. His career direction has led inexorably to the grand finale production of White Blood.

This is a thorough history of breast milk, but deviates into paediatrics; child health; childhood malnutrition; mismanagement; poverty; foundling hospitals; children’s hospitals; and much more. ‘Wet nurses’ and wet nursing receive a red card early and often. I learned a lot from it.

Weaver’s forte is clearly medical history and scholarly writing. The text runs to some 260 pages, with a good index, excellent biography of 12 pages, including almost two pages of Weaver’s own papers and publications.
The illustrations are numerous and of good quality, but not numbered. Some could be enlarged and many would make useful slide material, particularly the man-midwife, the ‘murder bottle’, King Henry’s mistress, and the terrific triptych on ‘the drop of milk’.

Weaver is an expert with voluminous knowledge on childhood nutrition. Weaver and three colleagues wrote the World Health Organisation Declaration (2000) on ‘The Feeding and Nutrition of infants in the European Region’. Their four themes are: (1) The vitality of human milk; (2) The transformation or transmutation of human milk (3); Reproduction and nutrition; (4) Morbidity to baby from deprivation of human milk.

Infant mortality in Europe 1900 was 15 per cent; it was about 0.5 per cent in 2020. In the first six months a lactating mother produces some 100 litres of human milk, largely driven by the demands of the suckling infant.
Human milk is replete with immune factors, trophic factors, and digestive enzymes. Breastfeeding reduces diarrhoeal disease, infections, sudden infant death syndrome, obesity, and other conditions. Whether done for three days, three weeks, three months, or more, there is a benefit.

In the ancient Greco-Roman world, breast milk was a humoral fluid and sacred substance – white blood – with material and spiritual qualities. Leonardo da Vinci claimed that “the newborn baby was nourished on mother’s milk, made from blood diverted from the womb to the breast”.

However, even in those historic times, infants of aristocrats were often fed by “wet nurses”.
Later, maternal nursing was deemed a Puritan religious duty, an exhibition of motherly love. In 1720 Jonathon Swift drew attention to the dire condition of infants in Dublin and London due to their deprivation of “Nature’s Bountiful Urn”.

Many wet nurses were feeding their “charges” on bread and water pap, cereals, and gruel. Today, it is crisps and coke. But, did you know that the prophet Mohammed was an orphan, whose life was preserved by a wet nurse?
This is a well-woven scientific tome. The book contains serious science, including an impressive list of anti-microbial and anti-inflammatory agents in breast milk – some 20 in all.

Historically, midwives, man-midwives, accoucheurs, and obstetricians took no interest in infant feeding. It was long known that ‘hand feeding’ or ‘dry nursing’ was almost entirely confined to the very poor. The death rate of children less than five years was 35 per cent in London 1815. Farming out babies to others was pretty much their death sentence. Thames river water was found to be swarming with “hydras, gorgons, and chimeras dire”. Cholera was rampant in the mid-18th century.

“Puericulture” – the rearing and hygienic care of children – became widespread in Europe. The French led the way with children’s hospitals. Lister and Semmelweis promoted sterility. It was known that 80 per cent of deaths of children under two years were due to defective nutrition and dirty practices. Baby bottles with long, dirty, rubber tubes were called ‘murder bottles’.

About 80 per cent of infants were breastfed in England in 1900. Breast milk was seen as the salvation of the poor child. There were much higher rates of malnutrition, gastroenteritis, and rickets in bottle-fed babies. Artificial baby formulae appeared. The UK infant mortality rate dropped from 150 per 1,000 births in 1900 to 10 per 1,000 births in 1990.

Some shocking stats from the Rotunda Hospital and the Dublin Foundling Hospital are covered. Joseph Clarke (1758-1834), Master of the Rotunda Hospital, recorded that the mortality of babies there not nursed by their mothers was 99 per cent. The Dublin Foundling Hospital 1781-1791 was atrocious, woefully managed, had appalling hygiene, and an infant death rate of 90 per cent Weaver is to be complimented on an outstanding book, which is very well-written and presented. White Blood should be compelling and compulsory reading for neonatal nurse tutors and lecturers; neonatal paediatricians; nutritionists; dieticians; lactation consultants; and others concerned with the wellbeing of newborn infants.

Weaver is to be complimented on an outstanding book, which is very well-written and presented. White Blood should be compelling and compulsory reading for neonatal nurse tutors and lecturers; neonatal paediatricians; nutritionists; dieticians; lactation consultants; and others concerned with the wellbeing of newborn infants.

Breast milk has been, and always will be, the best for all babies. Learning lessons from history is imperative. Weaver’s wisdom is nurture for practitioners and historians.