Tapping into the potential of digital cardiac rehab 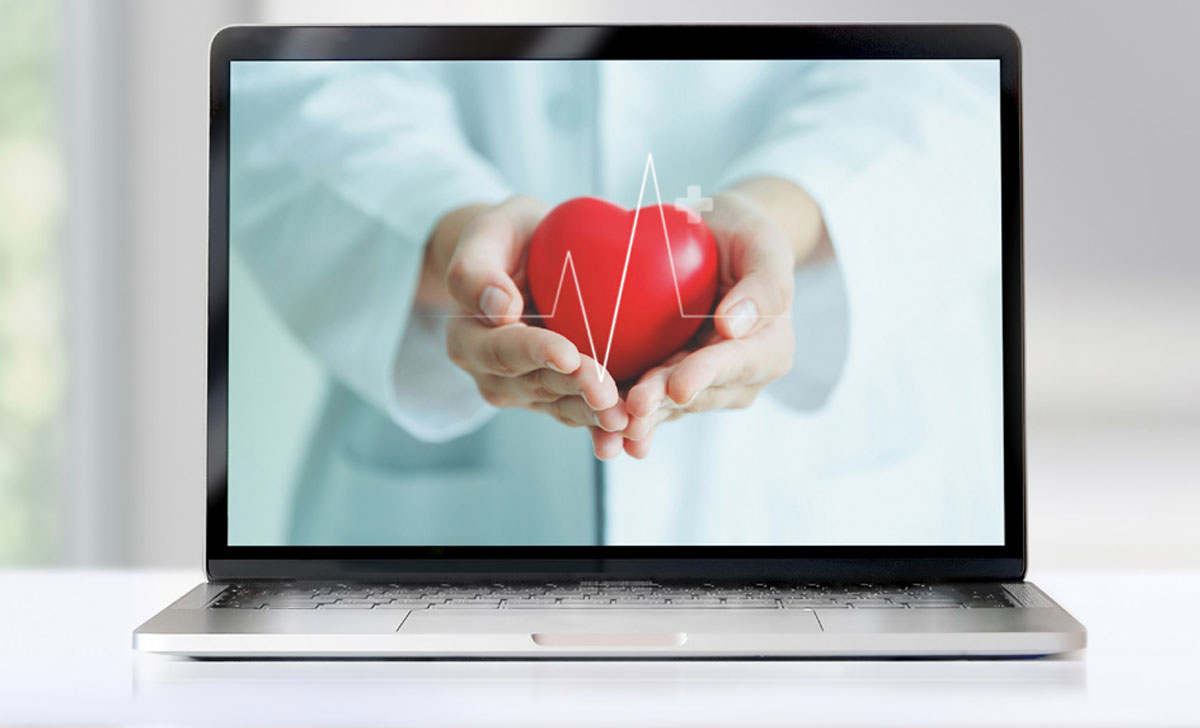 Dr Lisa Hynes, Head of Health Programmes at Croí, speaks with Pat Kelly about a new way to deliver care and improve clinical outcomes in cardiac disease prevention and recovery

A report was published recently that focused on the outcomes of an innovative digital cardiovascular disease prevention and recovery programme developed by Croí, the Irish heart and stroke charity. The programme, titled ‘Croí MySláinte‘, was delivered virtually due to Covid restrictions and saw the development of a new interactive platform that enabled participants to access it from their own homes. People were also able to access pre-recorded videos, weekly live Zoom sessions, and other resources.

The core components of the programme included lifestyle advice and modifications (such as smoking cessation, food choices and exercise), risk management of blood pressure, cholesterol and glucose control, and electronic prescribing of cardioprotective medications. The participants comprised 105 people aged between 35 and 84 years who had suffered a cardiac event and were referred from cardiac centres across the West of Ireland, including Galway, Mayo, Limerick, and Donegal.

A number of health improvements resulted, arising from 423 consultations over a 12-week period. Among these, the authors of the report noted that physical activity levels increased almost six-fold: Blood pressure control improved from 24 to 68 per cent; achievement of LDL cholesterol targets increased from 14 per cent to 41 per cent; 57 per cent of participants lost more than 2 per cent of their body weight (with 23 per cent losing 5 per cent or more); and anxiety and depression levels were reduced by more than 50 per cent. In addition, many of the participants were also living with comorbidities such as diabetes, arthritis, chronic kidney disease and cancer, and benefits were also seen with these conditions as a result of the programme.

Croí is a purpose-built centre constructed in 2012 and is the first of its kind as an accredited cardiovascular risk management and prevention centre, which is aligned with University Hospital Galway and linked with primary care and community-based services.

Dr Lisa Hynes, Head of Health Programmes at Croí, spoke with the Medical Independent (MI) in more detail about the programme and how the results may point the way towards a new tool in the armament of healthcare professionals to help prevent cardiac events and aid recovery. “The Croí MySláinte programme is based on cardiac rehabilitation protocols; cardiac rehabilitation is normally something that is delivered in hospital settings – it’s a hugely effective and really important part of a patient’s recovery from a cardiac event,” said Dr Hynes. “But as we know, with [the onset of] Covid-19, in-person hospital-based cardiac rehab was simply not available in a lot of places, as staff were redeployed and some units closed and capacity went down.”

In response to these circumstances, Croí MySláinte was developed to operate digitally to offer cardiac rehabilitation during Covid-19 and bring it from hospital-based in-person delivery to online delivery. The service was delivered to the same protocols, such as health promotion sessions that covered a range of areas, including cardio-protective medications and the benefits of exercise, to emotional wellbeing and a heart-healthy diet. The 12-week programme started and concluded with assessments of risk factors and other clinical information. As exercise is a core component of cardiac rehabilitation, fitness assessments were also conducted. Steps were taken to ensure that exercise could be managed remotely in patients who had already had a cardiac event, and Dr Hynes explained that one hour of exercise was followed by a group discussion on Zoom around the different topics of interest to patients.

The programme was complemented by the Moodle learning technology platform interface, which contains a range of learning resources. Nurse prescribing and medicines optimisation features were also included in the programme. This gave patients ‘protected’ time with their healthcare providers to discuss medications and potential concerns or side-effects. Nurses in the programme would then liaise with the patient’s GP, who would decide whether the dosing or regimen needed to be changed.

Whilst the value of the programme has been widely acknowledged, including by Minister for Health Stephen Donnelly, Dr Hynes acknowledged that in an ideal world, every patient would be seen face-to-face. “Overall, the benefits outweigh the drawbacks,” said Dr Hynes. “There are things that we have learned from the programme that will benefit future [initiatives], and which we can feed on to our healthcare colleagues.” Some of the impediments ranged from people not having access to devices, to people not having good enough broadband. “That’s so important, to nationally provide 100 per cent reliable broadband access for everybody,” said Dr Hynes.

“The digital skills and confidence side of things are also important,” she continued. “That would have been important for healthcare providers who aren’t necessarily tech people… it’s also important to risk-stratify people to identify those who should be seen in person and those who can be seen remotely. I think these are the conversations we will be having.” Technical support and advice were offered to participants, she added. “It does of course take time [to establish a digital platform],” Dr Hynes added. “Some people think digital health approaches are the easiest ones, but it’s just different and there is a lot to cover – you want to make sure everyone is engaged, that the cameras are on, etc. Sometimes of course it would be better to see people face-to-face, but overall, the benefits have the potential to outweigh the drawbacks, as long as it is done carefully and everybody engages.”

Dr Hynes also addressed the potential surge of undiagnosed cardiac disease as a result of the massive disruption to the health service since the onset of Covid-19. “Even before Covid, cardiac rehabilitation was in serious trouble,” she told MI. “There was a survey published in 2021 that showed how big the gaps in cardiac rehabilitation services were before Covid. For example, it showed that only one-third of people who were eligible actually completed a [rehabilitation] programme. So we were starting off from a bad place in terms of staffing levels and access, for example, and that has all been compounded since Covid. Cardiac rehab providers are working so hard to address these issues and to lobby for investment into cardiac rehabilitation and also to address the waiting lists that are now happening because of Covid,” she continued.

“But nobody really knows what’s coming down the line in terms of cardiovascular disease and stroke and really, it’s all about time. There is huge concern that people who have had symptoms for a long period of time have struggled to get to see their GP or other healthcare professional… we would strongly advocate for more investment in cardiac rehabilitation in all forms and we very much believe that digital cardiac rehab has a major role to play in addressing some of these barriers.

“For example, we had a man who lived on a tidal island in Mayo who completed Croí MySláinte, and other [remote] people with caring responsibilities – there is no way these people would have been able to attend a hospital, Covid or not,” said Dr Hynes. “So we believe this is a really important complement to in-person cardiac rehab.”

As part of the programme, participants were encouraged to manage their own health, stress, and emotional eating habits. Lifestyle advice was also offered, including in the areas of sexual health, sleep hygiene and returning to work following illness. The patients were also given a Fitbit device to measure their daily exercise and blood pressure monitors for home measurement, as well as being encouraged to maintain food and exercise diaries. The healthcare teams included a cardiovascular nurse prescriber, physiotherapist and a dietician, all overseen by a consultant cardiologist.

“So many sectors in the health service are now having these conversations about digital health,” said Dr Hynes. “It does seem to be a priority and the chronic disease management integrated care programme, among other programmes, are talking about digital health in the context of ‘right care, right place, right time’. Now that we have launched the report, we are open to conversations about who is interested in this and who we can support to try it.

“… We are open to talking about how we can support teams within the health service, whether that’s in a new integrated care hub or hospital-based settings, to add a digital delivery plan to what they are doing, because it has such potential to complement the wonderful in-person work they are doing,” Dr Hynes concluded. “We would love to see the integration of Croí MySláinte – or digital cardiac rehab in whatever form that works within those services – and we want to be part of supporting the health service to do that.

“It’s all very much about including stakeholders and we have collected data on people who have referred to the service, such as the cardiac team in hospitals, on how they found it and what they think should happen next. It’s important to remember that this is a process that involves consultation and matching the tech infrastructure and skills within the service.”