Speaking from the heart – interview with Dr Michael Harty 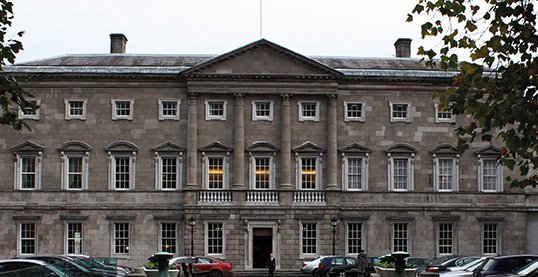 The impact of the recent general election continues to be felt in Leinster House but one former TD is now returning to his life as a rural GP.

Speaking to the Medical Independent  (MI) during the recent general election campaign, Dr Harty reflected on some of the highs and lows of his four years in the Dáil.

The GP in Kilmihil, Co Clare, announced in January that he would not contest the election, citing difficulties in finding full-time locum cover for his practice. Dr Harty said he would have had to close his practice if he had retained his seat. He contested the 2016 general election on a ‘No Doctor, No Village’ platform.

Analysing his period in the Dáil, Dr Harty expressed particular pride in representing his Co Clare constituents and his leading role in the development and formation of the Sláintecare plan.

“The most positive [experience] was the development of the Sláintecare reform programme,” he told MI. “[This] came out of my participation in the Programme for Partnership Government negotiations before the Government was formed. I had a paragraph inserted in there that there should be a 10-year vision for the health service, rather than moving from Minister-to-Minister and Government-to-Government, zig-zagging with different policies that in no way is going to improve our health service.

However, since the report’s publication in May 2017, Dr Harty has become increasingly concerned and disappointed with the path taken.

“Unfortunately, that report and programme have not been followed as the committee would have intended,” he said.

“What has happened is that the Government hasn’t put any real funding into Sláintecare. They put [in] small amounts of money. Everything they do they claim is consistent with what is recommended in Sláintecare.

“To a certain extent that argument is correct, but it is piecemeal; there is no formal reform programme on many of the recommendations. In particular, in relation to general practice, Sláintecare cannot possibly succeed unless there is a solid basis for primary care. Not just general practice — community intervention also means practice nurses, community psychiatric teams — they are all very understaffed and very under-resourced. Without a very robust primary care service, Sláintecare cannot possibly be achieved.”

As previously reported in MI during the recent general election campaign, Dr Harty highlighted his concerns about the way that Sláintecare was debated in the recent election.

“I have seen it already in the various political [election] debates that Sláintecare is being used almost as a weapon, with one party trying to outdo the other. It was supposed to take politics out of health,” he told this newspaper.

The Clare GP said his “biggest frustration” as a TD was “not being able to communicate effectively with the Minister for Health and the Taoiseach, for that matter. There was not a meeting of minds.”

He does not believe outgoing Minister for Health Simon Harris has done a good job in the role.

“I must say I was very impressed with him when he took up his position. I thought his youth was an advantage, his obvious enthusiasm was an advantage and his intellect,” he said. “But that didn’t really develop into a proper understanding of how the health service functioned.”

Another significant disappointment for Dr Harty during his period in Leinster House was the failure of the Government and the representative bodies to negotiate a new GP contract.

“I know the IMO and the Department [of Health] came to an agreement last year in relation to returning some of the funding taken away during the FEMPI era, but it didn’t really address the contractual issue,” Dr Harty told MI.

“The reason why it is hard to recruit GPs, and locums as well, is because the contract we have is not sufficient or modern enough or flexible enough or attractive enough for young GPs to come into the service.

“So we are depending on an ever-decreasing number of locums — quite often, people coming in on short-term visas to fill the gaps and unfortunately we don’t have a new contract, and that is the only solution to solving this problem.”

Dr Harty is concerned that the sequence of agreements the IMO has made with the Government may have delayed the prospects of a new contract by many years.

It is his belief that a fully implemented Sláintecare programme requires a new GP contract and this was something he attempted to raise with both the Minister for Health and the Taoiseach Leo Varadkar.

“So the IMO and the NAGP, particularly the IMO, I think took a different view,” said Dr Harty.

“I was trying to portray the policy to the Minister that really, what was needed was a new contract. Of course, returning money that was taken away during the FEMPI era was critically important for the sustainability of practice.

“I would have been promoting that those negotiating processes should go hand-in-hand [with the restoration of FEMPI funding and the implantation of Sláintecare].”

In the end, Dr Harty’s preferred route was not the one that was taken by the parties and he remains disappointed.

“But what the Minister and the IMO agreed was that there be a three-strand approach,” he said.

“Return of financial support to general practice, then an expansion of eligibility, then there would be an expansion of chronic health services, and that would be done over a three-to-four year period.

“After that, there would be a look at a new contractual arrangement.

“I thought that was a mistake, because that is not going to attract GPs into the service. That is what is really needed at the moment… not only rural practices, but urban practices are not able to replace people who retire or emigrate or die.

“There is a huge manpower crisis; 700 GPs are within touching distance of retiring… the contract is out of date and unworkable.

“My biggest disappointment in that regard is that I didn’t [persuade] the Minister to pursue this.

“The IMO took the view that ‘we need the money back first before we talk about a contract’ and that I think has put back contract negotiations by about four years,” said Dr Harty.

In terms of the criticism voiced by some GPs about the GP patient visitation statistics used in Sláintecare, Dr Harty admitted there was a problem, but that it would and should not halt progress.

“There was a certain amount of criticism in relation to the statistics used in Sláintecare in relation to [GP] visitation rates.  That may be a justifiable criticism,” said Dr Harty.

“But the Sláintecare Report was not a negotiating document, it was a directional document, a policy document. I think accurate visitation rates and workload would have been worked out in the negotiating process,” he said.

“So some of the stats in the Sláintecare report may not have been accurate and I would accept that as a criticism, [but] it would not have in any way interfered with the negotiating process in relation to a new contract.”

Looking back at his period as Chair of the Joint Oireachtas Committee on Health, Dr Harty said: “Well, I think it was unique to have an independent TD as a doctor chair of the [Oireachtas] health committee,” he said.

“I think I brought a lot of expertise to chairing the committee. I have an understanding of a lot of the topics that were being discussed. I think my colleagues and members of the committee would have respected that I brought an added dimension.

“I think there is an advantage to having a GP in there; I did have the independence of being an independent as well, rather than being a party person,” Dr Harty said.

“Party people are constrained by the party, while I wasn’t really.”

In relation to challenges in rural general practice, “not a whole lot has changed [since 2016]”, he said.

“If I had been elected… the likelihood of someone coming to this practice in rural West Clare is low.”