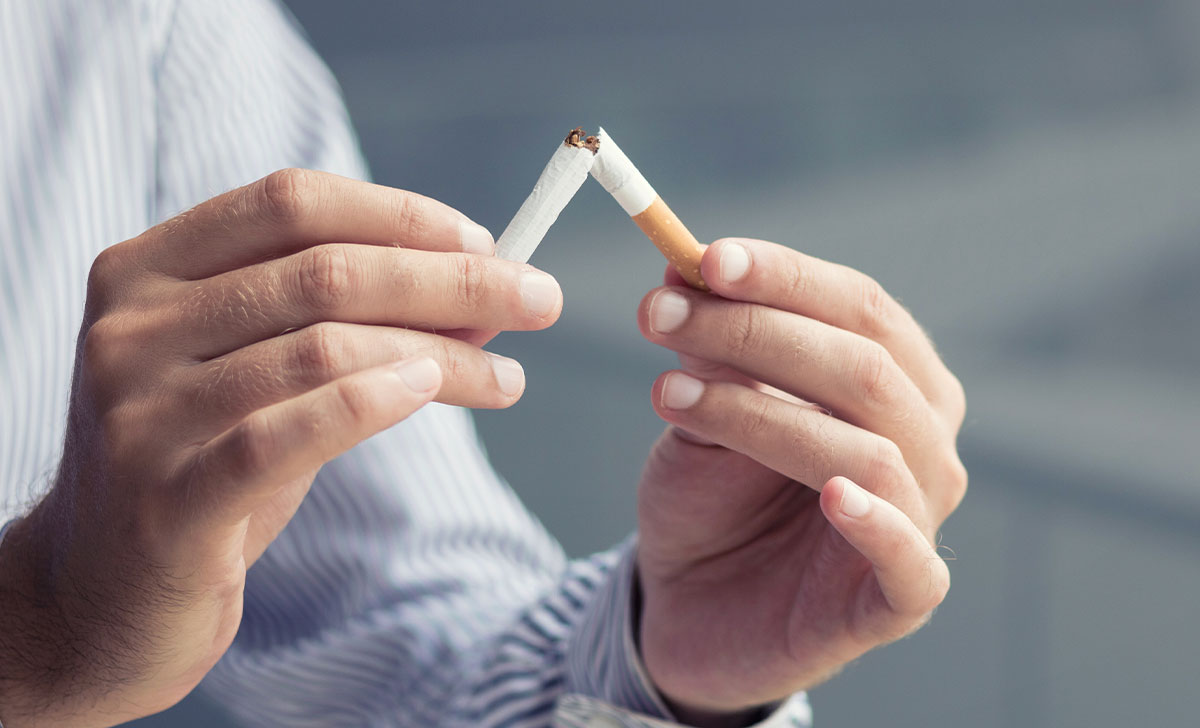 National stop smoking clinical guidelines have recently been launched. David Lynch speaks to the Chair of the group that developed the guidelines, Dr Paul Kavanagh, about the current evidence in reducing tobacco-related harm.

It is estimated that 6,000 deaths per year in Ireland in recent years were attributed to smoking. In 2016, there were an estimated 55,000 hospital episodes (day case and inpatient) in publicly funded hospitals attributable to smoking and exposure to second-hand smoke.

The new guidelines were developed by a multidisciplinary guideline development group led by the HSE Tobacco Free Ireland Programme and chaired by Dr Paul Kavanagh, Specialist in Public Health Medicine.

“These new national clinical guidelines describe the evidence-based best practice for healthcare professionals providing people help to stop smoking…. we look forward to working with healthcare professionals and the public to implement these guidelines in day-to-day practice across the health services and working with them towards a tobacco-free Ireland,” outlined Dr Kavanagh.

The drop in smoking levels in recent decades is widely regarded as a significant public health gain. Dr Kavanagh told the Medical Independent (MI) that “we’re very proud of the huge progress we have made around controlling the amount of tobacco use in the population”.

He pointed to statistics which showed that, two decades ago, smoking prevalence was as high as one-in-three in the population.

Dr Kavanagh added Ireland had witnessed the implementation of a “really ambitious, high impact programme of policy intervention”, such as the bans on smoking in public and workplaces and the plain packaging reforms.

However, he said recent figures indicate that the reduction in smoking levels may have “stalled”.

“I would say we do need to remain very alert, because those benefits have been very hard won and they are very precious from a public health perspective,” he said.

Dr Kavanagh warned that there should be no “risk of complacency”.

To that end, Dr Kavanagh said the Government should review its Tobacco Free Ireland policy and then “pull together a very concrete and deliverable plan towards a tobacco-free Ireland”.

Tobacco Free Ireland was launched in October 2013. The headline target was that Ireland would have a smoking prevalence rate of less than 5 per cent by 2025, effectively making the country a tobacco-free society.

Dr Kavanagh told MI the “reality” was that goal was “looking increasingly unrealistic”.

He praised the “very bold and ambitious goal that Government set for itself in 2013”, but added that there should be an interim “review” of that policy and goal.

“Now, at the same time I would say that shouldn’t be a reason for despondency or that we should back out of that goal,” added Dr Kavanagh, who said the 5 per cent goal should remain but the timeline should be reviewed.

are with Covid and given the findings of the most recent Healthy Ireland Survey to have an interim review of that goal. I’m not for a moment saying it is the wrong goal to have,” he said.

“We need to match that goal and the ambition of that goal with a bold programme of endgame planning where we systematically identify the steps that we are going to take over a period of time to achieve that goal.”

Dr Kavanagh’s concern over a possible stalling in the reduction in tobacco prevalence in the population is based on the Healthy Ireland Survey figure of 18 per cent from last year,

He noted that the “apparent” stalling “could be a blip in the statistics” from the recent survey. However, Dr Kavanagh added that the Central Statistics Office and international statistics showed that Covid-19 had impacted the smoking behaviour across the population “in a way that has probably been very mixed”.

While some people have quit, others have relapsed due to the added stress and disruption to their lives in the pandemic.

He also noted that stop smoking services had been impacted, like all non-Covid services in the health service. Particularly in 2021, “there was a downturn of the people who accessed our phone support, certainly our face-to-face support, were affected… as well.” However, services are now available again.

With the fall in the number of people who smoke, there is the “concept of diminishing returns at the margins”, stated Dr Kavanagh.

“The effort of imagination that was required to reduce smoking prevalence across the population from what it was over 20 years ago when it was one-in-three people – to get it down to 18 per cent, I think we will require a multiple of that imagination and effort to bring smoking down to 10 per cent, never mind bring it down to the 2025 [target of] 5 per cent,” Dr Kavanagh said.

Due to the general focus on Covid, there is a risk “that people might think that tobacco control is done and dusted. I think there is clearly an imperative that we continue to progress.”

On the new guidelines Dr Kavanagh said they “have a very wide application” across healthcare. But he agreed that primary care and GPs in particular “can play a really powerful role in working with people who smoke”. Work has already commenced with the ICGP on the issue.

‘Tried and tested’ supports and guidance

Smoking is the “leading preventable cause of disease, disability and premature death in Ireland,” according to Dr Paul Kavanagh, Specialist in Public Health Medicine.

“Yet there are three simple but powerful steps which every healthcare professional can take to maximise the chance that someone who smokes can successfully stop – asking about smoking; offering advice to stop; and providing practical support through arranging referral to a stop smoking advisor and stop smoking medicines.”

The guidelines also advise that for people ” who are currently interested in quitting, all healthcare professionals should recommend that behavioural support, either alone or in combination with pharmacological supports, increases the chances of successful quitting”.

Healthcare professionals should recommend “varenicline (alone or in combination with nicotine replacement therapy (NRT)) as first-line treatment in the absence of a contraindication for those wishing to use pharmacological support”. The guidelines further note that if varenicline is not suitable, combination NRT treatment should be recommended.

There are further recommendations on aspects dealing with pregnancy and mental health facilities.

E-cigarettes are mentioned in the guidelines, but they are not part of the recommendations. The guidelines note that they are “consumer products”.

“There is some regulation in place to protect consumers of e-cigarettes, but not the same quality and safety system as would be in place for a licensed drug or medical device,” according to the document.

Dr Kavanagh told the Medical Independent that in other jurisdictions, such as the UK, medicine regulators are “increasingly interested in taking on a role in regulation e-cigarettes”.

If the Health Products Regulatory Authority was to regulate e-cigarettes in the future, the considerations of the group may be different.

Currently, according to Dr Kavanagh, there is “a lot of ambiguity in the area” of e-cigarettes.

“It is evolving, it is very contested, and I think it’s fair to acknowledge even across the tobacco control community in Ireland and internationally there are people who have different views on this… so this was one of the more challenging areas we had to address.”

He said that the evidence from studies on e-cigarettes was mixed. “We had to step back and look at the situation. Here we are with a tool kit that is already full of safe, effective, tried, and tested stop smoking supports… [but with e-cigarettes] we have all these questions and all these concerns.”

“From our perspective it was very hard to see how you would take a risk on something that wasn’t proven, tried, and tested, when actually you have a whole set of interventions that are very tried and tested.”

*A summary and the full guidelines can be found at www.gov.ie/en/publication/4828b-stop-smoking/