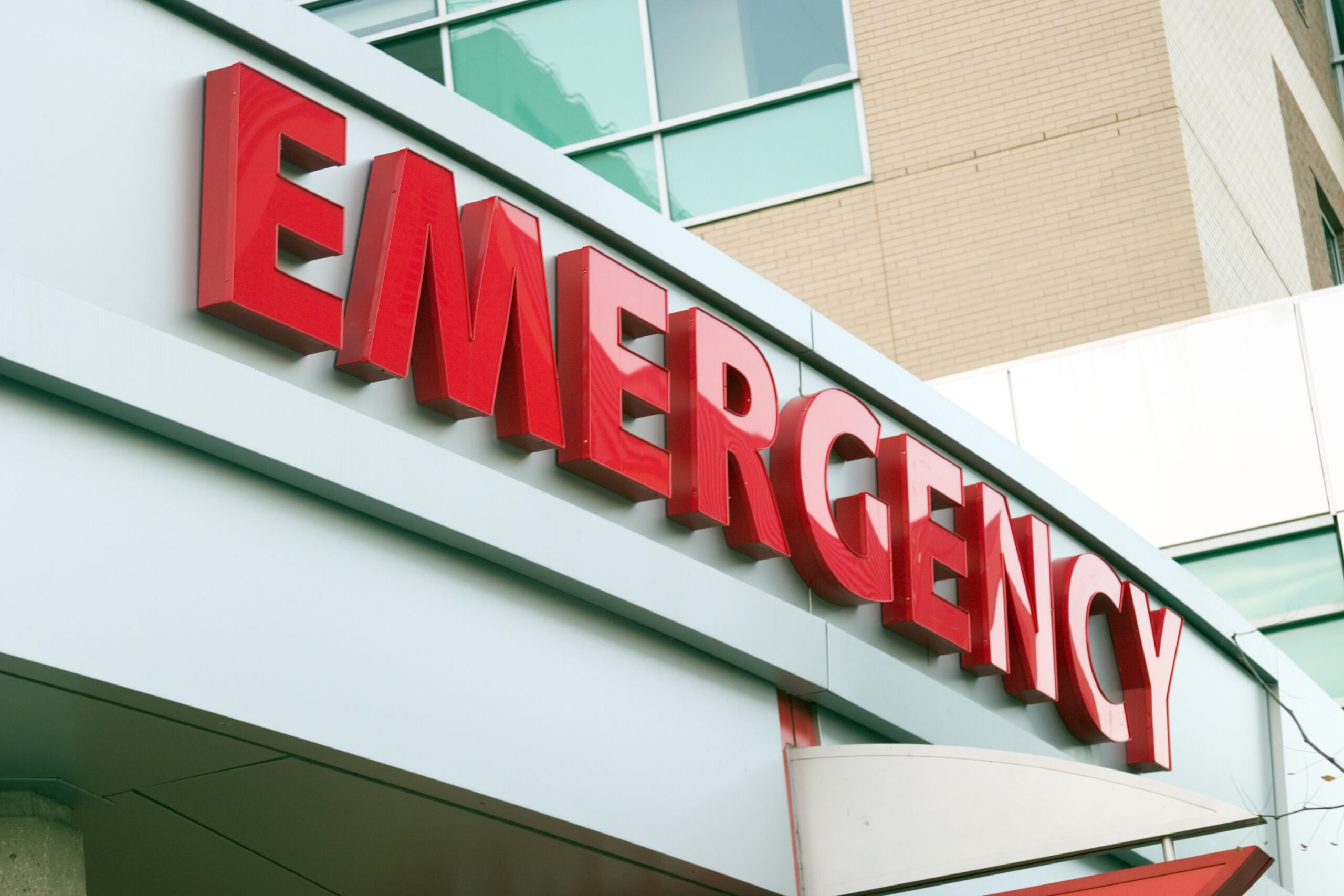 Irish emergency departments are facing into a particularly demanding winter due to Covid-19. David Lynch speaks to Consultant in Emergency Medicine Dr Fergal Hickey about the lack of capacity within the acute sector and the difficulties that lie ahead

Emergency departments (EDs) have been “hammered during previous winters and we are going to be hammered even more this winter”, Consultant in Emergency Medicine at Sligo University Hospital, Dr Fergal Hickey, has warned.

Speaking to the Medical Independent (MI) earlier this month, the Communications Officer for the Irish Association for Emergency Medicine (IAEM) sketched-out an extremely challenging scenario facing EDs with the onset of winter, combined with the continuing pandemic.

He warned that the pandemic had “exposed” the failure of Governments to invest sufficiently in bed capacity in recent years. (see panel).

“If we are having significant [trolley] numbers in September, you can imagine what it is going to look like in January, February or March, when trolley numbers are at their worst,” he added.

“There is all the regular stuff that is coming back [into EDs]. In some places, it is running ahead of normal numbers. For example, because people are doing a ‘staycation’ in Ireland, they are falling over in Ireland, rather than falling over in Spain.

“We are seeing [patient] numbers of at least as many as we would see at this time of the year and some additional ones in certain parts of the country. Our demand for emergency care is as big as ever in an environment where we have to manage Covid and we have poor infrastructure and a shortage of bed capacity.

“This is all glaringly obvious to those on the inside. There is no dispute between colleagues about what the problems are and what the issues are… People are scared about the winter, concerned about the impact of it. They are scared most winters and that has become a bigger problem in recent winters.”

Speaking on RTÉ’s Today with Claire Byrne at the beginning of the month (2 September), HSE CEO Mr Paul Reid said the coming winter “will be more difficult than ever before”.

In terms of EDs and bed capacity, the HSE chief added that “there is apprehension, because we are normally operating at 95 per cent bed capacity, and at over 100 per cent in winter. So we will need to do things very differently.”

Dr Hickey told MI that the bed capacity crisis had been raised by organisations such as the IAEM for many years, but “the sad thing is that this has fallen effectively on deaf ears up to now. Now this is coming back to haunt people.”

“We are going to see the impact of that over the winter, big time. We see it every winter, but this winter is going to be worse than any other winter.”
Referring to Mr Reid’s comments on the coming winter, Dr Hickey said “that is not much consolation to anybody. There is no point telling us what we already know.”

“Somebody actually needs to do something about it and that is the bit that has not happened.”

But it is not merely capacity worries that have those involved in emergency medicine concerned about the coming months.

As reported in the last issue of MI (14 September), Dr Hickey has voiced particular concerns over the potential impact of asymptomatic Covid-19 patients attending EDs.

“Most of the Covid currently is in relatively young people. Many of them are asymptomatic. But they are inevitably going to get into emergency departments because the Covid screening questionnaire that we use to decide on people’s Covid risk is not going to pick them up,” said Dr Hickey.

“Essentially, if someone is coming into you with a sign that says ‘I have Covid’, everybody will try and keep them away from everyone else, but if you are asymptomatic and you are in because you broke your wrist, or you are in because you twisted your ankle, you risk transferring it to somebody who may not be able to tolerate it [Covid-19] as well as you are.”

In this context, Dr Hickey said he was also concerned about recent HSE figures showing a significant percentage of people (one-in-four) were not turning up for Covid-19 testing. He said if people are contacted to attend for a test, it is “really important” that they go.

What Dr Hickey described as the “other key piece” of the upcoming winter challenge in EDs is the difficulty caused by seasonal influenza and other viruses added to the Covid-19 threat.

“During the winter we have influenza, and we have a whole number of respiratory tract infections that people get over the winter. So there is a whole shedload of viruses that cause significant problems over the winter, of which influenza is the most significant,” he said.

“But if you combine all these at a time when we have Covid [and] we will have difficulty telling which people have Covid, that is going to mean that we are going to have to isolate far greater numbers of people than we would have had to isolate during the summer. There is nowhere to isolate them. This is going to compound the issue.”

While acknowledging that some extra capacity had been created in critical care, Consultant in Emergency Medicine Dr Fergal Hickey said the HSE would need to “take any capacity anywhere we can find it” due to restrictions on space arising from the pandemic.

He said long-standing concerns over bed capacity in the hospital sector have been “significantly exposed” by the current pandemic.

Earlier this month (2 September), the Irish Nurses and Midwives Organisation said there were 221 patients in emergency departments or on wards waiting for admission to a bed. The nurses’ union said this was the highest number since Covid-19 restrictions began in March.

Referring to these trolley numbers, Dr Hickey told MI, “remember, this is only the beginning of September… now clearly, things are going to get an awful lot worse come the winter, because we always have a surge of people on trolleys.

“It’s not that emergency departments can’t cope with the numbers that are coming to them; the problem is when we identify someone who requires hospital admission, there is nowhere for them to go.

“That has become much more complicated because of Covid. So if there is Covid risk, people have to go in one direction, and patients who are not perceived to have a Covid risk can go to other parts of the hospital, but that reduces the flexibility all round.”

He said the pandemic had exposed the bed shortages in a way that has never happened before.

“The rigidity of having to deal with Covid in the understandable way that it has to be dealt with [ie, social distancing, etc] has made that problem all the more obvious. If we are having significant numbers in September, you can imagine what it is going to look like in January, February or March, when trolley numbers are at their worst,” he said. “It is simply a fact that we don’t have enough beds.”

“So the demand for healthcare is going up at a time that the number of beds that you can admit patients to hasn’t gone up in parallel. Even though we know we have this problem, it just has not been addressed.

There is now added complexity, in that patients will have to be cohorted upon admission based on their Covid-19 status.

“So the flexibility that previously existed to move people around a bit more easily — that no longer exists.”

Dr Hickey did note the recent improvement in ICU capacity. He added that he knew the matter of increasing beds in the sector “isn’t easy to fix”.

“If you decide to build an additional ward, that takes time, money, planning process, design, etc, and that’s slow. But if you don’t start, you will never finish; that is a concern my colleagues would have. We know what the problem is, we know what the solution is — we need to get on with it.”

Regarding the short-term and this coming winter, Dr Hickey said “steps have to be taken, we need modular accommodation, we need to take any capacity anywhere we can find it, so the private hospitals have some capacity that needs to be tapped-into. The HSE may have to take over hotels for people who have a need for a lower level of care, maybe at the end of their hospital stay, but aren’t in a position to go home.

“Maybe that kind of step-down facility might be provided to them. You obviously have to staff all these things, but these are options that are available.”