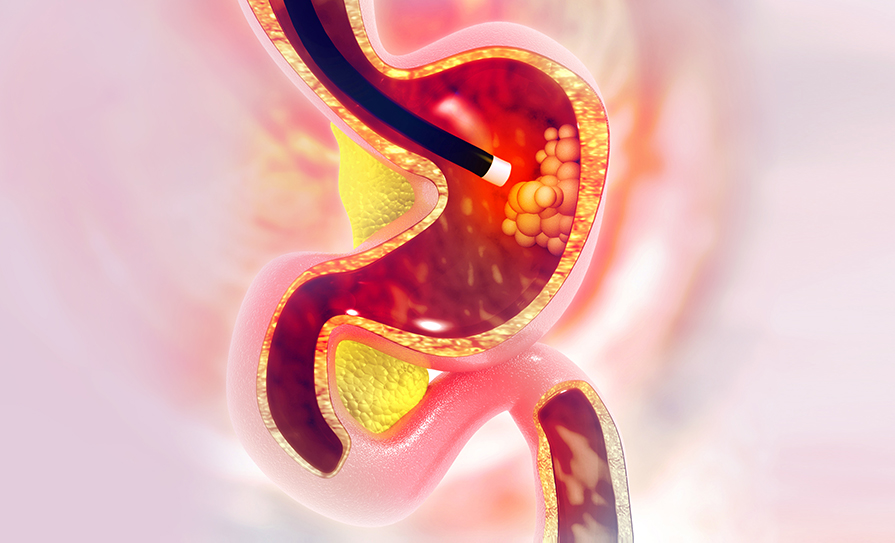 The Clinical Lead of the National Clinical Programme in Endoscopy, Dr Jan Leyden, speaks to Catherine Reilly about the work of the programme and efforts to address waiting lists

The roll-out of capsule endoscopy and faecal immunochemical tests (FIT) in endoscopy services are among the initiatives aiming to address waiting lists and appropriately meet patient needs.

The HSE National Clinical Programme in Endoscopy was established in 2016 to coordinate activities to improve endoscopy services. The Covid-19 pandemic and HSE cyberattack have impacted on the level of expected progress, but the programme is advancing several new measures.

Speaking to the Medical Independent (MI) in November, Dr Leyden commented: “What we have been able to establish, over the last couple of years, is Group endoscopy leads, so each Hospital Group has an endoscopy lead who has protected time.” These Group lead roles are additional to the nominated leads within endoscopy units.

The endoscopy programme also supports units to engage in an external accreditation process run by the UK joint advisory group on GI endoscopy (JAG). Dr Leyden acknowledged the challenges in attaining and maintaining JAG accreditation, which is held by 12 public hospitals currently.

He said while there was “no easy solution” to waiting lists, staffing and infrastructural deficits, an external validation process was beneficial as it encouraged an ongoing focus on improvement. “It is not just a once-off accreditation,” he noted, “there is ongoing rolling maintenance of accreditation once you achieve it.”

Quality improvement is also significantly supported by the HSE/RCPI national GI endoscopy quality improvement programme. “All public sites in Ireland are now feeding data into this,” explained Dr Leyden. “That gives us an idea of activity and quality metrics.… That has been a big thing.”

Initiatives aimed at reducing endoscopy waiting lists are a major focus for the programme.

As of October 2022, 57 per cent of people were waiting less than 13 weeks following a referral for colonoscopy or gastroscopy (against a key performance indicator, KPI, of 65 per cent). This is an improvement from 43 per cent in January. In October, there were 11,064 people waiting greater than 13 weeks, the first time the figure has fallen lower than the total in January 2020 (pre-Covid), when 11,348 people were waiting greater than 13 weeks. In October, there were 120 new people waiting more than four weeks for access to an urgent colonoscopy, compared to 120 new breaches in September, 215 in August and 235 in July (KPI target of 0). The number of patients on GI scope waiting lists for over a year has reduced sizably from 4,311 in January to 877 in October.

At press time, the programme was awaiting information on funding for 2023. In March 2021, it received funding for 29 endoscopy triage clinical nurse managers (CNMs) (25 posts were filled as of late 2022) and nine capsule endoscopy CNMs (eight posts were filled as of late 2022). The role of the triage CNMs is to assign patients, where appropriate, to an alternative care pathway to avoid unnecessary procedures for patients and promote efficient use of endoscopy capacity.

In November 2020, Hospital Groups were notified of funding for six new consultants for GI endoscopy services and five are currently in place. Overall, consultant recruitment to the posts had not been especially difficult, according to Dr Leyden, but nurse recruitment and retention has “become a challenge”.

Capsule endoscopy services are also rolling out in hospitals with support from the endoscopy programme. Capsule endoscopy has been offered by Tallaght University Hospital (TUH) for many years and the UK’s NHS is also implementing this technology. It will be used more for “the low suspicion, routine procedures, but it is a growing technology and trend in Europe and the UK”, commented Dr Leyden.

“It is not the sole answer to the waiting list, but it is another tool to try and address the waiting lists,” said Dr Leyden. “And there are definitely people who may be better off going for a colon capsule rather than a colonoscopy.”

The endoscopy programme has introduced FIT testing as an additional triage tool (the test is used in the BowelScreen screening programme).

“We have done a pilot in the Saolta Group looking at 1,200 people who are on the routine colonoscopy waiting list and we offered them a FIT test in the post, and we got about a 58 per cent response. Of those, 16 per cent were positive, so they needed to go on to have a colonoscopy, but to date, thankfully, no cancers were detected in that group.

“We are extending it to another five sites who have long routine waiting lists to see if they can help as a second clinical triage of those people on the waiting list, to identify people who we need to target and bring in earlier….

“In the medium-term, we want to use FIT as part of our initial triage for patients newly referred” who are not in the urgent category. The idea is to offer these patients a FIT test before scheduling them for a procedure. It is intended to start this process in early 2023.

The FIT result would facilitate better clinical triage. Patients with symptoms meeting National Institute for Health and Care Excellence FIT study criteria and a negative FIT result (less than 10 micrograms of haemoglobin per gram of faeces) have a less than 0.5 per cent chance of having colorectal cancer – a very low, but not zero risk.

Dr Leyden said: “We want to be able to do things smarter, more efficiently, and getting the right patient the right test quickly…. Various countries are doing it as well to try and identify the right patients as quickly as they can.”

The programme envisages that FIT testing will also be available in primary care in the future.

The roll-out of FIT testing (for routine lists and upon referral), as well as capsule endoscopy, could take a minimum of 30-to-40 per cent of patients off endoscopy waiting lists, although the figure is difficult to predict until the pathway is fully established. Patients with low-risk symptoms, normal Hb and negative FIT, could be followed up in primary care.

However, Dr Leyden said patients should not be excluded from secondary care assessment and/or endoscopy based on FIT testing alone. At any threshold, FIT alone is not a ‘rule out’ test for colorectal cancer. The endoscopy programme will issue national guidance that will stress the need for a ‘safety-net’ approach to FIT negative patients with persistent or worrying symptoms.

The National Treatment Purchase Fund (NTPF) is providing some access to endoscopy for patients on routine waiting lists.

“It is not for urgent patients and it is not for people on planned procedure waiting lists,” Dr Leyden explained. “We have probably about 15,000 people on a planned procedure waiting list who have gone beyond their due date. That is people for polyps’ surveillance or maybe because of family history or inflammatory bowel disease, but we are struggling with capacity just to meet the urgents and routines. So, at the moment, the NTPF is only for routine procedures. But we may be able to talk to them and see is there any way of rolling that out [further].”

“Insourcing” is another strategy being used to address endoscopy provision under the dynamic purchasing scheme. Looking ahead to 2023, Dr Leyden also referred to the planned roll-out of a national endoscopy reporting system as a significant development. “That tender is open now and we are just about to start the tender assessment, but that is a big roll-out for the next couple of years.”

The programme will also be promoting the adoption of the HealthLink endoscopy e-referral tool by more hospitals so that referrals from primary care can be made using the specialised form, which enhances the triage process.