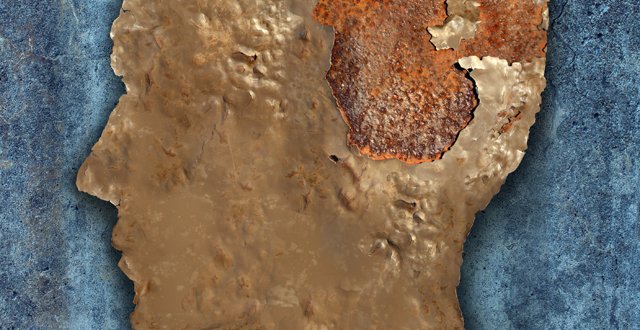 Prof Iracema Leroi speaks about her research and work with the European research programme, SENSE-Cog

The notion of sensory cognitive health is a relatively new idea,” according to Prof Iracema Leroi, a dementia expert at the Global Brain Health Institute, Associate Professor in Geriatric Psychiatry at Trinity College Dublin, and a Consultant Psychiatrist in St James’s Hospital, Dublin. She is discussing her ongoing work on the innovative European research programme SENSE-Cog: Promoting health for eyes, ears, and mind, which examines the impact of sensory impairments on those with dementia.

SENSE-Cog, which is funded by the EU’s Horizon 2020 programme, has been in existence since 2016 and runs until the end of 2021. It is at the forefront of the new field of sensory-cognitive health for people with dementia and the project has produced a number of illuminating pieces of research since its inception. Prof Leroi is the project’s Chief Investigator and will be presenting insights from this innovative five-year programme at the RCPI’s upcoming conference, Dementia – A Clinical Update, on 25 March.

Talking about the research to-date, Prof Leroi says that the idea for the project initially arose from a conversation with a colleague at the University of Manchester about the impact of hearing impairment on people with dementia – statistics show that seven-in-10 Europeans over the age of 65 live with sight or hearing problems and over two-thirds live with depression or dementia.

“We thought looking at hearing and vision impairment in older adults with cognitive impairment would be very important because there is a huge gap in our understanding and practice and no one really had looked at this before.”

The overarching idea behind the project was to “think about sensory cognitive health as a cohesive whole”, something which might often be overlooked in a person with a diagnosis of dementia. There are many reasons why this can happen, says Prof Leroi.

She says that the way care is delivered can also be a factor in this respect as treatment and assessment can be “very segmented”. “Psychiatrists don’t necessarily talk to the optometrists or audiologists [and vice versa]…”

She says that “upwards of 80 per cent of people with dementia in some settings have hearing impairments and most often it’s not identified”.

The idea behind the project is to eventually “develop new tools and at-home support that could improve quality-of-life and help optimise health and social care budgets and resource allocation across Europe”.

When it comes to the effect of sensory impairment on someone with dementia, Prof Leroi says that the results of their first phase of research, released in February 2019, revealed some key information.

“Our data showed that people with poor hearing have lower cognitive function as they age, so the normal age-related cognitive decline is more rapid [and] the trajectory of that decline is steeper.”

An important takeaway from this concerned early intervention when it comes to providing treatment such as hearing aids or cataract removal. Prof Leroi says that research is suggesting that, “if you get an intervention, like a hearing aid, the trajectory of your decline may slow.”

One area which sensory impairment also feeds into, when it comes to dementia and cognitive decline, is in the area of loneliness.

“What we looked at is loneliness in relation to cognitive impairment,” she says.

“What we clearly showed was that there was a direct relationship between hearing impairment and cognition and loneliness.”

SENSE-Cog’s ongoing research looks set to be equally thought-provoking. Their latest project aims to develop a test to diagnose dementia that can be taken by those who may have a sensory impairment. It is based on the Montreal Cognitive Assessment (MoCA) model – the MoCA team is supporting the project – but with adaptations that take into account the limitations of the test for those with hearing and/or vision impairment.

Prof Leroi explains “If someone’s hearing or vision is impaired it’s very difficult to do assessments because they generally involve a traditional neuropsychological battery. These batteries are very dependent on having intact hearing and vision.”

The adapted MoCA for hearing and vision impairment is now being validated in over 600 participants across Europe. It is Prof Leroi’s hope that this could be a breakthrough tool in the diagnostic process for cognitive impairment in those with sensory impairments.

With recent estimates from Dementia in Europe Yearbook 2019 (Alzheimer Europe) saying that in Ireland by 2050 some 141,200 people will be living with dementia – more than double the number currently living with the condition – such an increase puts into sharp relief the need for a diagnostic test of this kind.

While the primary goal would be to first roll out the test as best practice across Europe, Prof Leroi hopes that interventions of this kind and the research of SENSE-Cog might assist globally to help those with dementia.

“We are now looking for pragmatic cost-effective interventions that can be scaled up into different settings. Thus, we are conducting a clinical trial to evaluate whether improving hearing and vision in people already living with dementia will improve their quality-of-life.” The trial is being conducted in five EU countries. In Dublin, Prof Brian Lawlor is leading this part of the work at St James’s Hospital. Prof Leroi mentions lower- and middle-income countries, where she says this non-drug intervention could be a relatively simple and cost-effective way of helping, not only in terms of people with dementia, but in breaking down “stigma and lack of understanding about dementia in those countries”. This is something that feeds into her work at the Global Brain Health at Trinity College Dublin where the SENSE-Cog research takes place.

Prof Leroi says that it is important to keep in mind the global brain health agenda and “addressing the burden of dementia in these countries. These are precisely the places that don’t have the recognition, the awareness, services, and the support for people with dementia. So, whereas we are testing these interventions and developing here, we’re working closely with partners in South Asia and Latin America, and other companies, to see whether our approach can work globally.”

Looking to the future, Prof Leroi says that SENSE-Cog’s next area of research will focus on what she calls “wraparound cognitive care”, a trial which can use the acquired learnings so far to improve the quality-of-life of people already living with dementia.

The impact, says Prof Leroi, “will expand the way that we view care for people with dementia and the role of their care partners, as well as identifying simple supports that might be available to really enhance an individual’s quality-of-life.”

Translating this research so that it can be implemented in a care home setting is something that Prof Leroi would like to see. She says this could help reshape the approach to support people with sensory impairment who have dementia. “It’s the same concept, but a lot of work has to be done to adapt to the unique environment of care homes, but that’s definitely the future.”

This article was produced by the RCPI. Prof Leroi will be speaking on 25 March at the RCPI’s conference, Dementia – A Clinical Update, which takes place at 6 Kildare Street. To book your place visit www.rcpi.ie. To find out more about the work of SENSE-Cog visit www.sense-cog.eu.