A new era for dementia trials in Ireland 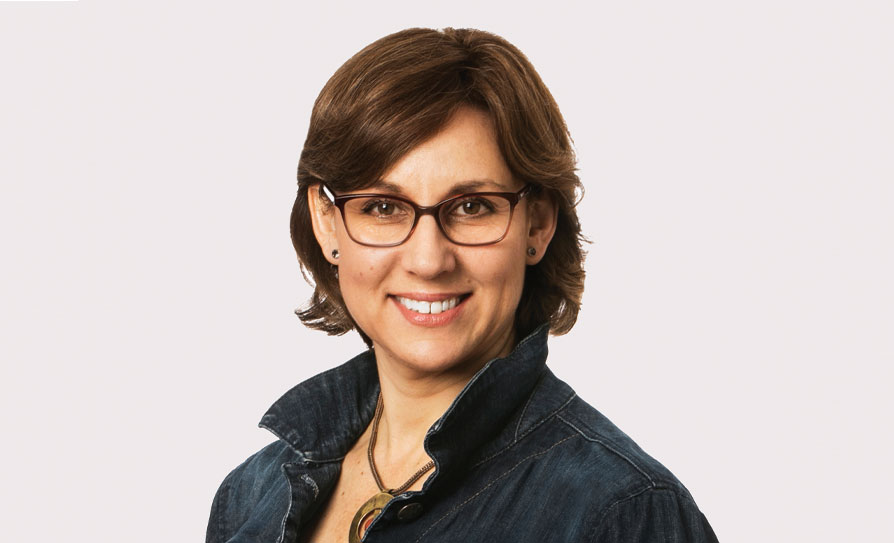 In Ireland, clinical trials activity in dementia has been at a low level, but a new network aims to dramatically improve this situation.

The vision of Dementia Trials Ireland (DTI) is to ensure that every person at risk of – or living with – dementia in Ireland has access to clinical research. The network, which is supported by the Health Research Board (HRB), will be officially launched on 27 September next at the Naughton Institute, Trinity College Dublin.

Prof Iracema Leroi, Co-Lead of DTI, said that participation in trials can provide individuals with a “sense of empowerment” and, in some instances, access to potential new therapies.

She noted that access to research was identified as a priority in the Irish National Dementia Strategy and was one of the objectives of investment in memory assessment clinics nationally.

Over the next 60 months, DTI aims to co-develop and support an internationally recognised dementia trials infrastructure, significantly increase Ireland’s capacity to conduct dementia trials, and support the delivery of national strategic policies for dementia.

Nationally and globally, there is a pressing requirement for new therapies and interventions as there are no disease-modifying drugs with proven effectiveness in the treatment of Alzheimer’s disease and other types of dementia.

It is estimated there are 64,000 people living with dementia in Ireland and this number is predicted to double by 2046. By 2050, some 153 million people worldwide are expected to be living with dementia – a rise from 57 million in 2019, largely due to population growth and population ageing, according to estimates published in The Lancet Public Health in January.

In 2021, DTI was one of the recipients of a HRB Clinical Research Network Award. The €1 million funding award is facilitating DTI to establish a management structure, while a small amount of annual seed funding is available to develop trials.

DTI’s strategic objectives are to facilitate coordination and strategic planning for the network; seek funding for trial activity; ensure shared decision-making and appropriate governance; and pro-actively establish and grow international and industry partnerships.

Prof Leroi, an academic geriatric psychiatrist with The Global Health Institute and the School of Medicine, Trinity College Dublin; and Prof Sean Kennelly, Consultant Geriatrician at Tallaght University Hospital, are Co-Leads of DTI. The network will also be supported by several committees and advisory groups including a patient and public involvement (PPI) panel of people with lived experience of dementia.

PPI participants will bring far-reaching benefits to the network, emphasised Prof Leroi. She provided an example whereby industry sponsors were required by the health research consent declaration committee to have participant information sheets vetted and approved by PPI representatives.

“There are very strict restrictions as to how the pharmaceutical industry can contact the public, so an informed PPI pan- el, such as ours, can help [bridge] the gap, providing a very important service to clinical trials and ensuring that they meet the needs of the stakeholders, our participants,” Prof Leroi told the Medical Independent.

Interdisciplinary collaboration across medical specialties, allied health professions, science, and academia will be another crucial component of DTI’s work.

DTI is not solely focused on attracting and supporting investigational drug trials. It is also seeking to develop and support trials involving medical devices, psychosocial interventions, and repurposed drugs, etc.

Importantly, it wants to support trials that relate to different types and stages of the disease from pre-clinical to advanced, according to Prof Leroi.

Currently, clinicians are working with four symptomatic therapies that cannot arrest the progression of dementia.

“They are widely used with some moderate effectiveness for symptoms,” explained Prof Leroi. “But of course, in the background for all these years have been multiple trials looking at potential disease-modifying therapies. This includes many different strategies, because Alzheimer’s is a highly complex disease with multiple pathologies; it’s not likely that a single drug will fix the problem.”

To date, trials of potential disease-modifying agents have mainly involved anti-amyloid therapy. However, it is unclear if the build-up of amyloid, an abnormal protein species in the brain, is a causative factor or by-product of the disease and therefore it is difficult to demonstrate clinical effectiveness in a trial.

This has been the principal challenge with aducanumab, which was controversially licensed by the US FDA last year for treatment of Alzheimer’s disease. The licensing of aducanumab under the FDA’s accelerated approval pathway was based on evidence of a decline of amyloid deposits rather than on any evidence that it slowed progression of the disease.

The European Medicines Agency recommended refusing marketing authorisation in December 2021. It considered that although aducanumab reduced amyloid in the brain, the link between this effect and clinical improvement had not been sufficiently established.

The company requested a re-examination of the Agency’s recommendation, but withdrew the application before this exercise was completed.

While clinicians have been split on the matter of aducanumab, the continuing development of these types of therapies is likely to foster changes in clinical practice in the near future, predicted Prof Leroi.

In this respect, it is vital that Irish centres are participating in clinical trials and have appropriate infrastructure in place so that any newly licensed medications can be smoothly integrated into clinical practice.

“When these new drugs get licensed, unless we have the experience in Ireland of working with them, it will be very hard for us to start introducing them in clinical practice,” Prof Leroi commented. “Because these are complex drugs and a whole departure from what we have had for the past 20 years, which are simple-to-use symptomatic therapies… whereas some of these therapies might involve infusions, safety scans, complex inclusion criteria like, for example, doing a PET amyloid or a lumber puncture to ensure the person has the pathology that the drug specifically targets. Unless we collectively have that experience, we will be left behind when the new therapies are licensed.”

Already, DTI is working diligently to resolve Brexit-related difficulties in regard to the importing of amyloid tracer for PET scans, as this type of infrastructure is key to investigational drug trials activity.

In order to scale-up trial activity, for example, there needs to be a corresponding increase in the workforce with the necessary skillsets: “We are delivering trial conduct training together with the HRB-TMRN to ensure we have a workforce that is able to deliver trials, because it is a highly specialised set of skills,” explained Prof Leroi. In October, for example, DTI will be running a training course in outcome rating scale assessment tools for dementia.

“We need to get our workforce skilled-up so we can go to industry and say, yes, all these people are signed off and have appropriate experience and expertise to do this because, in dementia, our primary outcomes are rating scale-based, as opposed to hard outcomes. Therefore, you need to have abso- lutely tight standardisation….”

A small number of trials are already operating in Ireland under the DTI umbrella.

These include the ongoing global Evoke trial, which is investigating whether the antidiabetic drug semaglutide has a positive effect on early Alzheimer’s disease.

The SENSE-Cog trial (www.sense-cog.eu), led by Prof Leroi in Ireland, is a non-pharmacological trial to improve hearing and vision function in people with mild-to-moderate dementia. It is a European-wide project focused on understanding the combined impact of dementia, age-related hearing and vision impairment in order to identify novel means of screening and detection for diagnostic and therapeutic purposes, and translating this knowledge into clinical applications to improve mental wellbeing.

An industry-sponsored trial examining a potential disease-modifying therapy for people with pre-clinical Alzheimer’s disease is about the commence; and a non-pharmacological trial in relation to supporting hearing and vision of people with dementia in care homes (the HRB-funded SENSE-Cog Residential Care study).

In advancing the trials infrastructure and capabilities, Prof Leroi is certain there will be challenges ahead – for example, Ireland is a small country, which can sometimes find it difficult to attract industry-based trials due to the relatively small number of suitable clinical sites. However, Ireland’s status as an English-speaking country is considered an advantage.

“Our goal remains to ensure that everyone in Ireland at risk of, or living with, dementia has an opportunity to participate in clinical research,” underlined Prof Leroi.