Survey of consultant psychiatrists shows increase in referrals and relapse 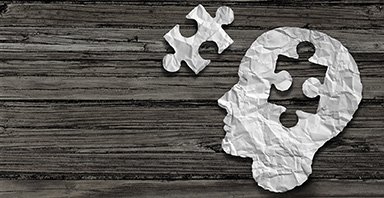 A survey of consultant psychiatrists by the College of Psychiatrists of Ireland shows the emergence of “a new mental health curve that will need flattening”.

The survey was sent to 623 consultant psychiatrists and achieved a 31 per cent response rate.

Some 68 per cent saw an initial slowdown in referrals following the “lockdown” on 27 March with a subsequent increase in the second month of lockdown (24 April – 22 May).

When compared with numbers prior to the lockdown, one-in-three consultant psychiatrists (35 per cent, N=48) saw an increase in emergency referrals and half cited the number of patients experiencing a relapse of mental illness as having increased (N=66).

Other key findings are as follows:

·      59 per cent of respondents felt that demand for inpatient beds had increased in the past month compared to the first month of the lockdown.

·      Approximately 80 per cent of consultants felt that social isolation and reduced access to face-to-face secondary mental health supports was contributing to emergency presentations.

·      Additional factors such as reduced access to local counselling supports and general practitioners, abuse/neglect in the home environment and increased reliance on drugs/alcohol were also believed to be contributing to emergency presentations. The impact of school closure was also highlighted as a significant stressor.

Many consultants commented that while consultant staff and multidisciplinary team members had adapted rapidly to changes and new referral pathways, these adaptations have left clear staffing deficits exposed.

Along with precautions around the spread of Covid-19 in healthcare settings has come the widescale rollout of patient assessment using telepsychiatry methods.

However, many respondents felt they were ill-equipped to conduct some/most or all duties from an IT perspective. Respondents noted no availability or poor WiFi signal and that personal home WiFi connections were also causing issues with the use of telepsychiatry assessment

Dr William Flannery, President of the College, said: “Although a longer period to gather more data is needed, as predicted, an increase in presentations and incoming pressure on the mental health services is clearly arising. Concerns about the impact of this an already overburdened, underdeveloped mental health service in Ireland are chief amongst consultant psychiatrists and their teams.”

It is “a successor to Vision for Change”, according to the Department.

*When discussing suicidal ideation and self harm, the majority of consultants identified that the number cases they were seeing in the past month had increased or significantly increased (46 per cent, N=62) compared to before the lockdown, with a smaller number (14 per cent) reporting greater lethality in methods being used in self-harm. The importance of monitoring these rates was a concern among a majority. It was difficult to determine, at this stage, if rates were increasing overall or not.