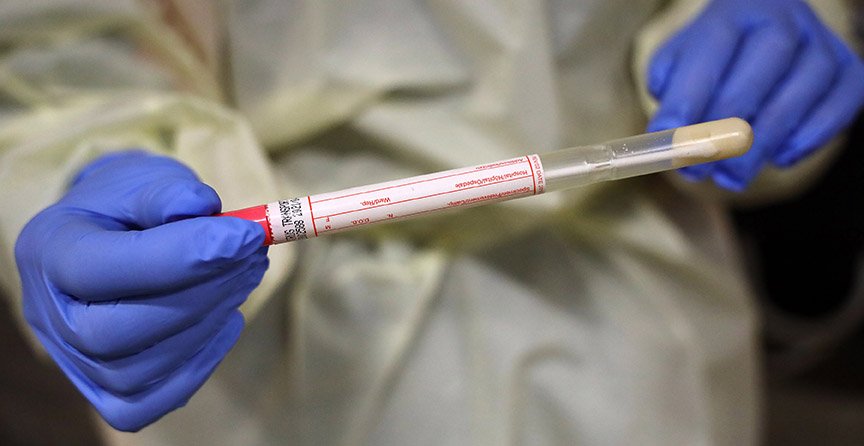 More than one-fifth of Covid-19 cases among healthcare workers are linked to outbreaks in nursing homes, new data from the Health Protection Surveillance Centre (HPSC) shows.

The Report of the profile of Covid-19 cases in healthcare workers in Ireland, which includes data up to 13 June, states that, of the 8,180 cases among healthcare workers, 1,755 or 21.5 per cent are linked to nursing home outbreaks.

Almost nine per cent or 730 cases are linked to hospitals while 4.3 per cent are connected with residential institutions. Around 60 per cent of cases in healthcare workers are not linked to an outbreak, according to the report published on 22 June.

The report says the high rate among females is most likely due to some specialities, such as nursing, being “female-dominated”.

Almost 32 per cent of all Covid-19 cases nationally are in healthcare workers, the data reveals, with seven deaths (six confirmed and one probable Covid-19 case) recorded to date.

Just 16 of new cases were confirmed among healthcare workers between 7-13 June, the lowest weekly figure since 14 March.

Some 32 per cent of cases are among nurses, followed by 26 per cent in healthcare assistants. Doctors make up six per cent (500) of cases among healthcare workers.

Information on healthcare workers in each of the nine HSE community healthcare organisations (CHOs) reveals that staff in CHO seven are worst affected, with 21 per cent of cases in this area alone.

Some 309 healthcare workers have been hospitalised with the virus and 44 have been admitted to ICU.