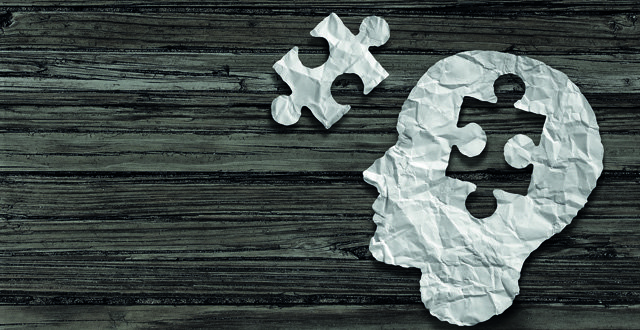 The Mental Health Commission (MHC) has today published three inspection reports from approved centres in Dublin, Wicklow and Kerry, which identified one critical and 20 areas of high-risk non-compliance, and five breaches of human rights.

All three approved centres also had a number of best practice initiatives highlighted in the inspection reports.

Commenting on the reports, Dr Susan Finnerty, Inspector of Mental Health Services, said: “It is very disappointing when there is a decrease in compliance in approved centres despite all the efforts of staff and guidance provided by the Mental Health Commission. The three approved centres had a significant level of non-compliance and human rights breaches.  The Commission strives to uphold and protect the human rights of persons receiving inpatient mental health services and the inspection team plays a key role in ensuring high standards of care and treatment are met.”

Sliabh Mis is a 34-bed acute psychiatric unit located in Kerry University Hospital in Tralee. No areas of compliance were rated excellent on this inspection, stated the MHC. There has been a decrease in compliance with regulations from 65 per cent in 2018 to 58 per cent in 2019. Non-compliance with privacy was rated as a critical risk. There were seven high-risk non compliances related to premises; ordering, prescribing, storing and administration of medicines; staffing; risk management; consent to treatment; use of physical restraint; and admission of children.

There are two conditions attached to the registration of Sliabh Mis relating to individual care planning, and privacy and regulation and premises maintenance. The approved centre was not in breach of these conditions.

There were two breaches of human rights evident at the time of inspection. Residents’ privacy and dignity were not respected, according to the MHC. Five beds were located in four-bedded rooms that resulted in beds being very close each other. Residents were not afforded privacy as there was not enough privacy screens. Four of the four-bedded rooms had five beds leading to an overcapacity which was a clinical, corporate and health and safety risk.

Due to the overcapacity, one patient was not seen by a doctor because the patient had no bed. The disrespect for residents’ privacy and dignity was also evidenced by the fact that residents were eating their meals at the bedside, in the cramped conditions, one with no bedside table.

Since the inspection an immediate action notice was issued and a regulatory compliance meeting was held, showing significant improvement. The approved centre provided a corrective and preventative action plan to address all remaining issues and the Commission said it continues to monitor this closely.

The Ashlin Centre is a purpose-built facility located in the grounds of Beaumont Hospital. It comprises of two units, accommodating 46 residents at full capacity. Compliance with regulations has decreased.  In 2017, compliance was 69 per cent, in 2018, it was 82 per cent and, in 2019 on this inspection, compliance was 66 per cent. The centre had six high-risk ratings of non-compliance. Five compliances with regulations were rated as excellent. There was one condition attached to the registration of this approved centre at the time of inspection, in relation to individual care planning.

There was a breach of human rights in the lack of privacy and dignity afforded to residents because of the inadequacy of screening in bedrooms and the seclusion room and the uncleanliness and poor maintenance of the approved centre.

The inspectors found an absence of strong governance and management structures locally within the Ashlin Centre with the seclusion facilities dirty, cluttered and malodorous.

Since the inspection the Mental Health Commission’s preventative and corrective actions has ensured training for staff on completing care plans has been completed, the seclusion room has been deep cleaned and a new cleaning schedule set up for contract cleaners.  The seclusion room observation panel glass is now covered with opaque frosting. A regular garden upkeep and maintenance schedule is in place and new furniture ordered.

In relation to children, while the approved centre agreed that no children will be admitted to the centre, as it is not an age appropriate facility, this is not achievable or realistic as CAMHS service do not have an out of hours service for emergencies.

Compliance with regulations had decreased from 77 per cent in 2018 to 69 per cent in this inspection 2019. Seven of these non-compliances were rated as high risk, including a breach of Part 4 of the Mental Health Act 2001. Ten individual areas of compliance with regulations were rated excellent. There were no conditions attached to the registration of this approved centre at the time of inspection.

There were two breaches in human rights at the centre.  In the case of one patient who had been detained in hospital for more than three months there was no evidence that the patient had provided consent for the continuing administration of medication or if there had been a capacity assessment done to show that he/she had capacity or not to consent to treatment. This is in contravention of section 60 of the Mental Health Act 2001, and article 3 of the UN Convention on the Rights of People with Disabilities.

There was no occupational therapy input into therapeutic programmes. Social workers and psychologists did not deliver any group work but attended MDT meetings and met with residents as required on a one to one basis. Not all residents could attend the Kilmullen Enterprise Centre and so had no access to therapeutic programmes. The individual care plans of residents were of very poor quality and showed a lack of training.

Mr John Farrelly, Chief Executive, MHC, commented: “There is no excuse for not having good governance in place. There were failures in, and an absence of, strong governance and management structures in two of the approved centres. Poor governance leads to an increase in non-compliance and breaches in human rights as evidenced in these reports. The Commission will continue to highlight these issues and work closely with the approved centres to rectify this immediately. An example of this is the recent capital investment in Sliabh Mis, Tralee in mental health facilities providing a modern location for people who use the service.”